The Carlisle Wildcats are the defending 4A champions. With eight seniors returning in 2020 they are chasing down another state crown while embracing every game. 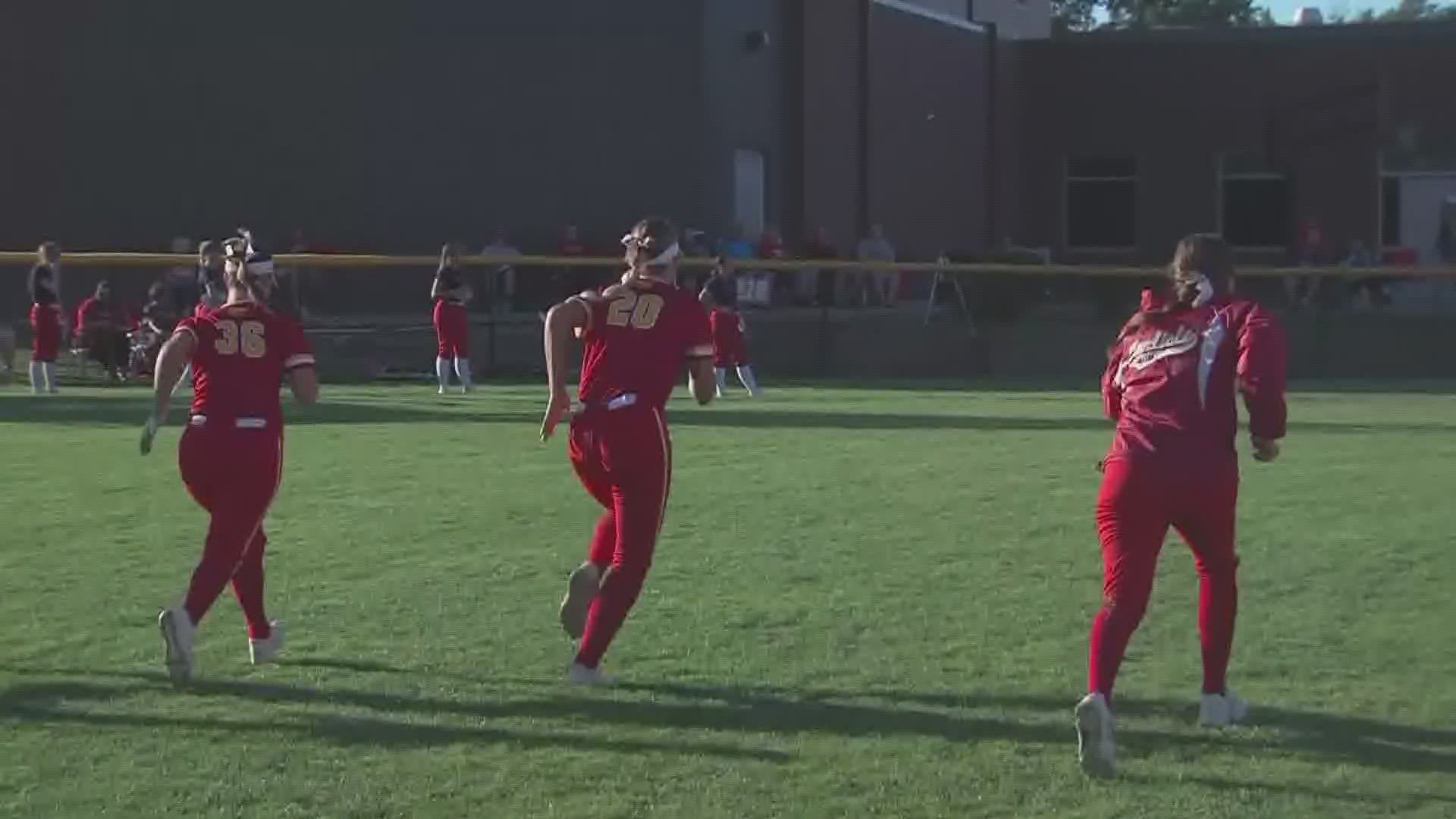 CARLISLE, Iowa — “Being a senior, it’s probably one of the most anticipated seasons. I know we have eight seniors this year so we’ve been looking forward to this one forever," said Carlisle High School senior pitcher, Molly Hoekstra.

This season for the Wildcats carries a little more weight, considering it nearly didn’t happen.

“After how things went with COVID and not getting to finish out the school year with our classmates getting to play with my teammates one last time," said senior Meredith Hoffman. "I’m just extremely thankful for this opportunity.”

Now, they have a chance to defend their 4A title from a year ago.

“After last year we definitely want a chance to repeat.”

“We definitely have a target on our backs but we don’t worry about that. We just go out and play like we know how and the rankings don’t really mean anything until the end of the season," said Kennedy Preston.

Carlisle isn't just playing anybody, though. They’ve lined up some of the top-ranked teams in the state.

“We were just talking about that the other night. We are playing ranked teams game in and game out and honestly that’s the best type of preparation in having a short season why not play the best of the best," Hoekstra said.

They’re still making sure to have fun.

“We embrace every moment that we get to play one last time with our teammates.”

But the season still seems to be flying by for senior Kennedy Preston.

“We’ve had one week and it basically feels like we’re almost done.”

That can be tough, especially when the eight seniors on this Carlisle team have been playing softball on the same team for more than a decade.

“We’ve been playing together since we were seven years old. My mom found a picture for graduation of us in our first tournament I mean we’ve all been best friends forever.”

And Preston has been catching for future Drake Bulldog, Molly Hoekstra, for what seems like forever.

“I’ve caught molly since she started pitching. We played on a Carlisle 2020 team I was a shortstop, my dad moved me to catcher she moved to pitcher and and then we just kind of just got this bond that won’t ever be broken when we go on to separate ways.”

Preston wins the award for biggest personality on this team.

“I do really have a big mouth I do like to make jokes all the time. I guess I’m very passionate about what I do. I just like to crack jokes when we’re going through a rough time. It just makes everything so much better. When the whole team is laughing it just feels so much better to play softball together.”

It’s that joy they take pride in, as they look to claim back-to-back state titles to cap off their high school careers.

“Last year was just the best and to feel that feeling again would be incredible.”