Erzin has no shortage of sports in the spring, playing both soccer and running track for Carlisle. The junior has shown she can excel at both. 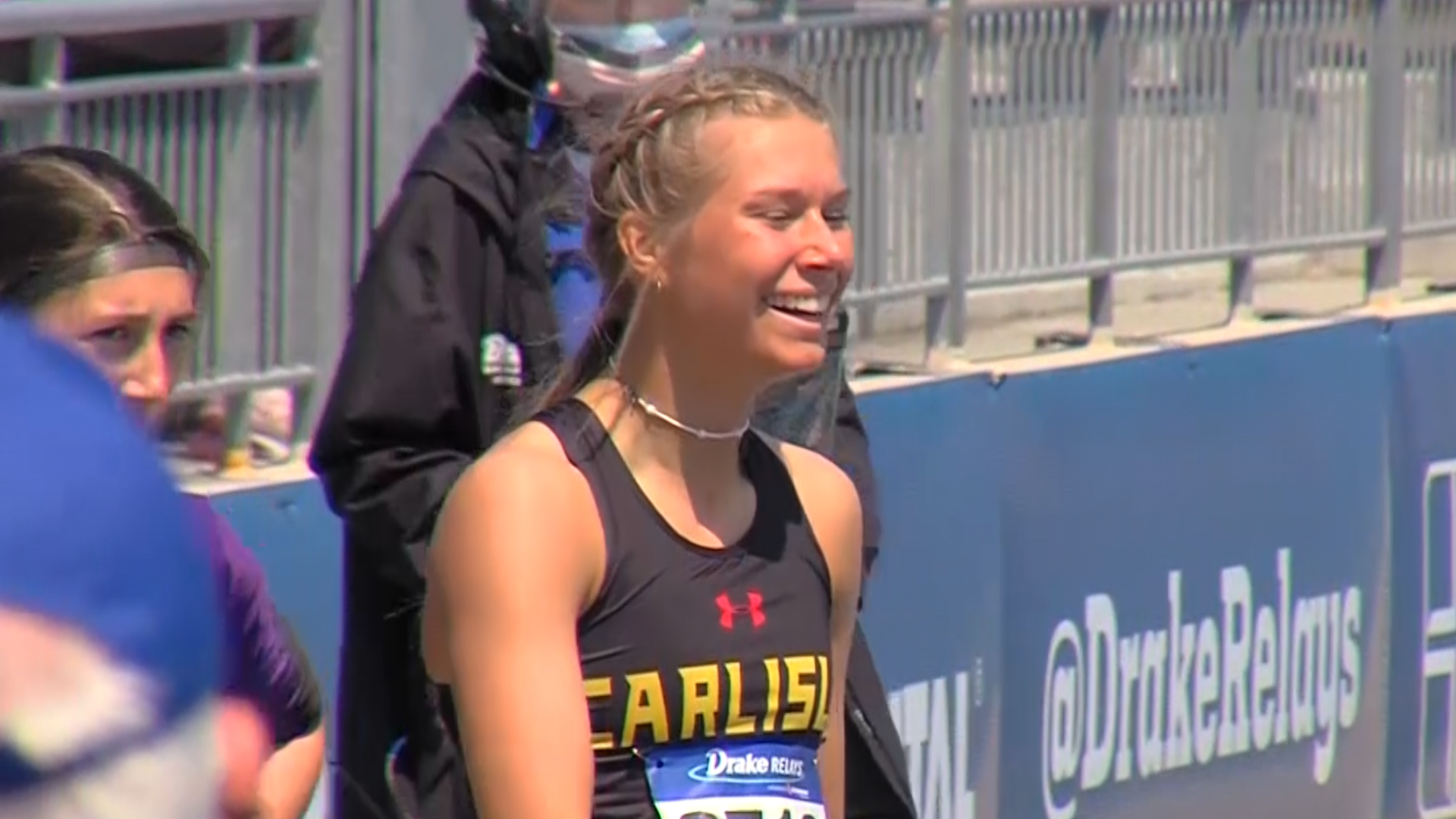 CARLISLE, Iowa — Carlisle junior Ainsley Erzen is one of the best girls runners in the state this year but that's not what her head coach likes most about her.

"You can't ask for much more of an athlete especially when she is doing these things," coach Mitchell Schank said.

"She is the greatest team athlete out there. On her lighter days she will go out and ask somebody if they want to get a [personal record] today and go out and pace them before going off on her own."

And her own thing is pretty impressive.

In April, she became the first high school girl at the Drake Relays to win both the 400 and 800-meter races on the same day.

"It was amazing," Erzen said. "I think that after not having the opportunity to be there for two years it was really hard but I just had to trust that there was a plan for me and God had his timing worked out even if it wasn't what my timing was."

Here's the thing though: track isn't Erzen's only spring sport. She is also one of Carlisle's best soccer players on a team having one of its best seasons. That sport was her first love, track came next.

"I remember I didn't want to do it," she said. "I had always been one of [the] fastest girls on the soccer field but running alone didn't seem really thrilling to me."

Until her parents made her go to a track camp in 7th grade.

"I was so mad about but I went anyway at the end of the week, there was a mile time trial with all of the girls and guys and I beat everyone except one eighth-grade boy."

That scratched the competitive itch and Ernzen was hooked.

“Reaching for a time and reaching for a win has become an addiction," she said. "They talk about a runner's high and it sounds so cheesy but it's so true."

That competitiveness and addiction are now pushing her to the top of the state as part of two teams.

"To have the opportunity to coach such an elite athlete who wants not only herself to do well but also the team to do well could be a once in a lifetime chance," Coach Schank added.