6,000 miles: A runner's journey from Japan to Iowa

Central College cross country is benefitting from recruiting well beyond the borders of Iowa. 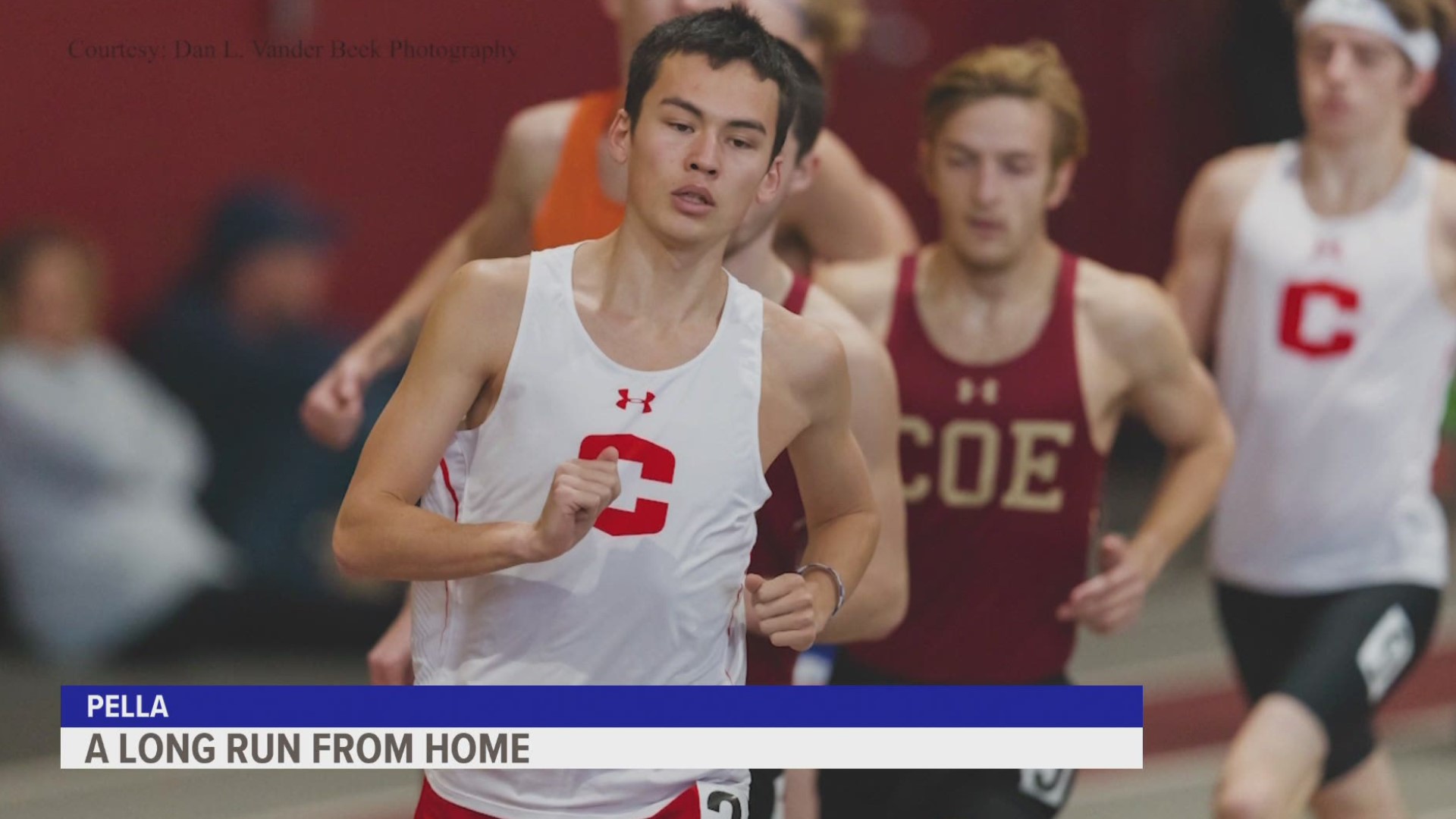 PELLA, Iowa — Sometimes college programs can recruit in their own backyard. But sometimes they have to look much farther away.

"We have guys from Boston or Montana," Central College senior Jerry Lotz said.

Boston was close compared to where Central cross country head coach Joe Dunham found Lotz, who is now a captain on the team.

"Living here with all the corn and the beans and the pigs ... that's kind of new," Lotz said of living in Pella.

Born to a Navy father and a Japanese mother, Lotz spent most of his childhood in Japan.

"Going for runs here where all you see is corn, that's one thing I really appreciate about here," Lotz told Local 5. "You can just run forever in one direction and not be interrupted by anything."

So how did he find his way from Japan to Pella?

It began on a trip to see his dad's side of the family, many of whom live here in Iowa.

"I probably figured I should just go into college visits and just stumbled into Central," Lotz said.

"That was like my one shot obviously. He wasn't going to come for another visit and he wasn't going to do any overnights with the team," Coach Dunham said. "So that was my one chance to have a good impression with him."

Something clicked between the two, and Lotz returned as a student. Now, Lotz is three-year letter winner who has earned the respect of his teammates.

"He's a type of guy that people are drawn to. His personality, he's a very genuine person," Dunham said. "We are always looking for people with leadership like that and when you get one like Jerry, we are going to have a big void to fill next year."