The distance medley relay team recently broke a school record and they could just be getting started. 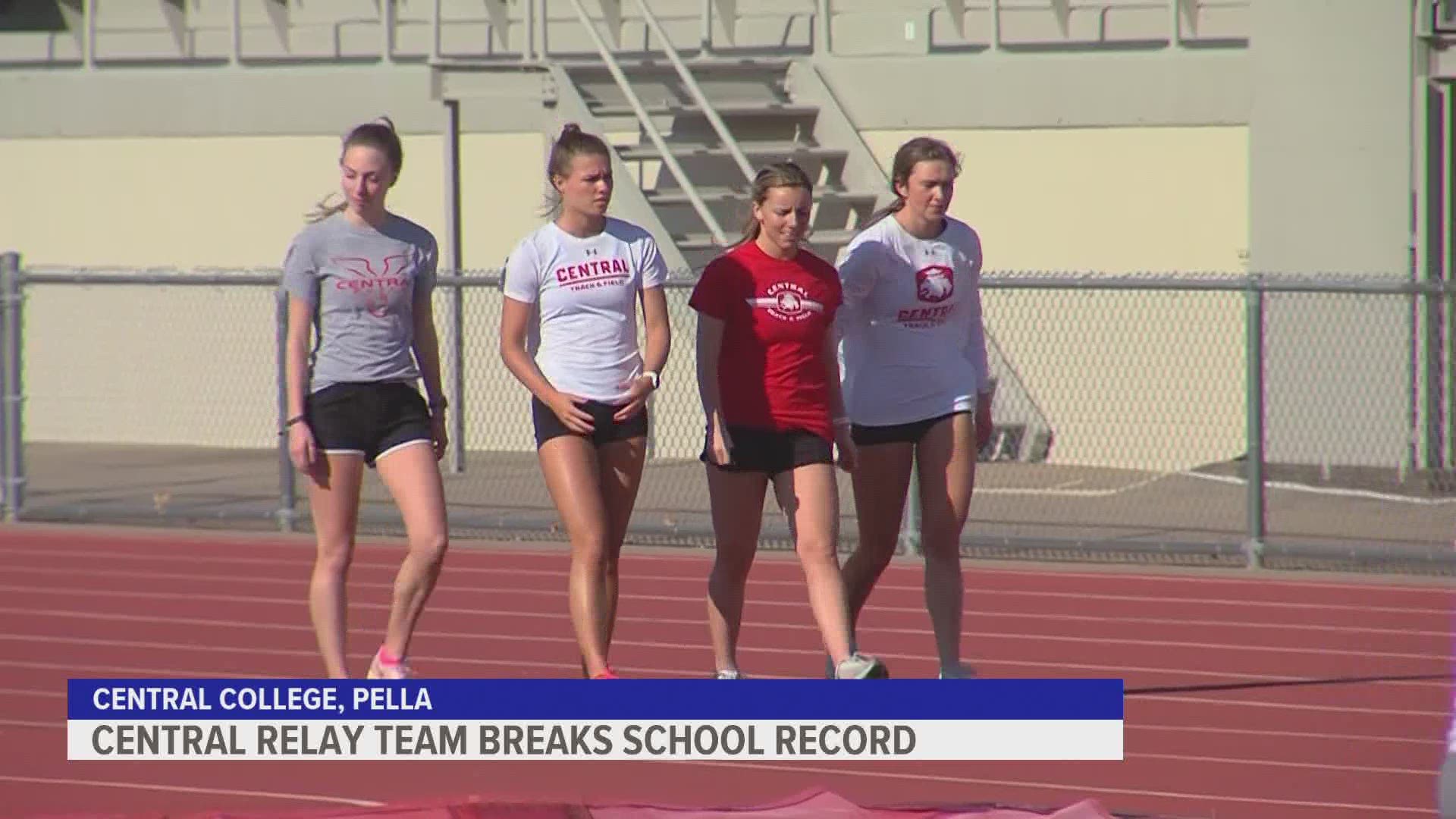 PELLA, Iowa — A day with wind gusting up to near 50 miles per hour does not make for ideal running conditions.

It does help a little if you like the people you run with.

"I never get sick of them," Stein said.

"They're my best friends," Stein said. "We do pretty much everything together. We go to church on Sundays. We go out to eat. We spend so much time together outside of practice so it's just natural."

This year, the relay team's bond off the track is leading to success on it.

"It just showed that we can compete with whoever, whenever," McMartin said. "Obviously a lot of things are different this year but that doesn't mean we can't compete to the highest level."

In early March, the relay team broke the Central College record in the distance medley at the Division III Elite Indoor Championship. But here's the catch; eligibility wise, three are freshman with Stein as the lone sophomore.

"It's just really exciting where we are at right now in that building phase. We are on the cusp of something amazing," Stein said.

As for the future, the girls are not shying away from their goals.

"We've got the school record out of the way and hopefully we can break that again and keep bringing it down lower but honestly, competing at the national level is the goal," McMartin told Local 5.

"We want to be able to compete really well at the national level, that's our ultimate goal," Stein agreed.

Stein, McMartin, Elsie Thoreson and Alyssa Mayhew might just get there. After all, it helps if you enjoy who you train with.

The Dutch open their outdoor season on April 1 at home in the Central Invitational.