Iowan, C.J. Smith, staying ready for NHL season to start back up

Smith has spent the year in the AHL with the Rochester Americans, but if the Buffalo Sabres need him should the NHL return to action, he'll be ready 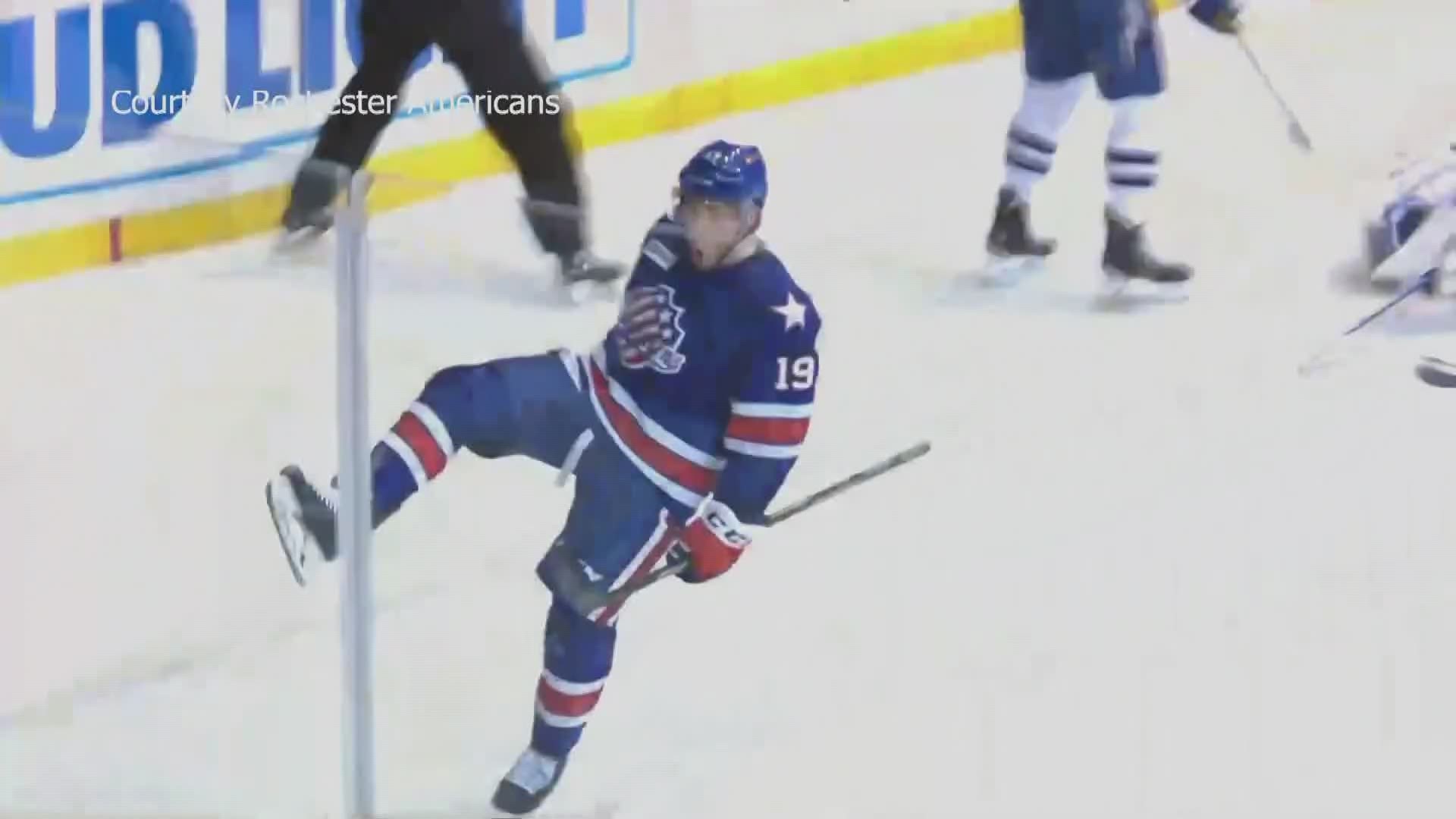 DES MOINES, Iowa — With no AHL Season left to play

“I don’t think that was too much of a shock the guys kind of knew that was likely the only scenario for our league.”

Questions still loom for the NHL

“It’s just kind of tough for a guy in my situation if they try to resume the NHL season where I might have to go through a little training camp and finish out the remainder of the season with them.”

C.J. Smith is currently in Minnesota, with no ice arenas open. Still, he has to be ready in case a call comes for the NHL to pick up where they left off.

“More or less staying in shape is the biggest thing all the skills side comes back pretty naturally when you’ve been playing this long.”

Smith is a Des Moines native, but moved to Minnesota around 8th grade looking to boost his hockey career.

The move worked, making his way through the junior hockey ranks to college and now just capping off his second full season of professional hockey, playing a majority of his time with the Rochester Americans in the AHL.

“The skill and the speed is just so high it just keeps getting better and better every year.”

He’s also had his time in the NHL with the Buffalo Sabres.

Smith’s first NHL goal made him the first Central Iowa skater to put the biscuit in the basket at the sports’ highest level.

There should be more NHL goals to come. He has one year left on his contract with the Buffalo Sabres, so he’s looking to make the most of it before becoming an unrestricted free agent by using this potentially extended off season to his benefit.