The Blue Devils are hoping to make it back to the State Baseball Tournament, and Cassady is doing what he can to get on base. 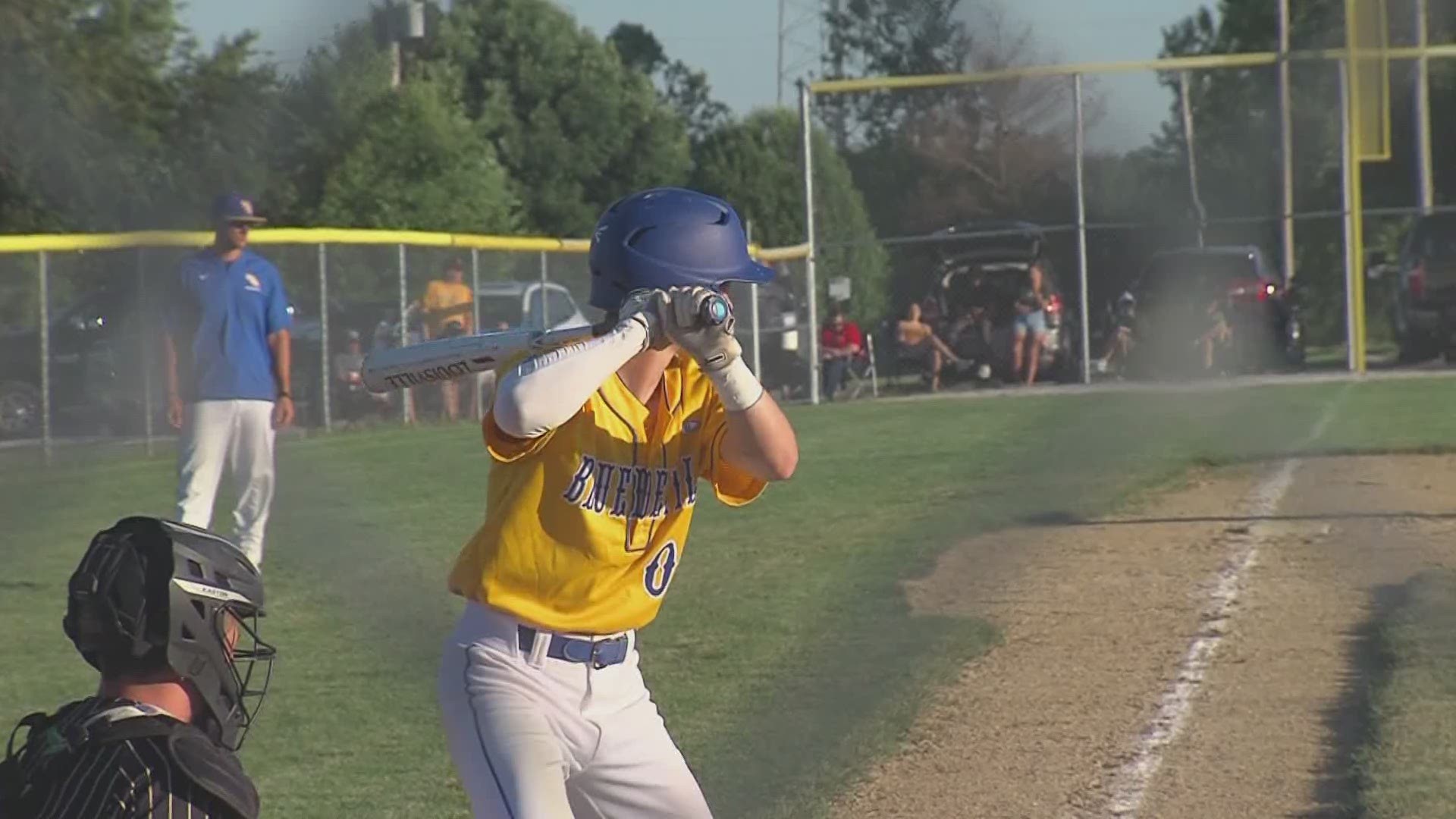 Records are made to broken, and so are championship droughts.

On the diamond at Martensdale-St. Marys High School, they're in a bit of a title drought of their own. The Blue Devils made the State Tournament in 2019 only to lose their opening game.

Records are made to be broken-and so are championship droughts-on the Baseball diamond-Martensdale-St. Marys is in a bit of a title drought of their own-and making the State tournament in 2019 only to lose in the first round-left the blue devils wanting more in 2020-so getting to play even a shortened season was welcomed with opened arms.

"Definitely took it for granted before," said senior Cole Cassady. "But having this risk of not having a season, you really realize how much you love the sport."

Every night they take the field, they do so with purpose.

"It's very cliche, but every day we do try to just get a little bit better every day," head coach Jon Fitzpatrick said. "The way things are going, we don't know if there is going to be a tomorrow. So let's get locked in try to win this day and assuming everybody stays healthy we'll try it again."

With nearly their entire roster returning, the feeling from last year has stuck around.

And with championship aspirations, it's all the more important for players like Cassady to get on base. By any means necessary.

"I mean it started off as a joke ... his sophomore year he got hit 23 times. As a junior he got hit 22 times," Fitzpatrick said.

The Blue Devils lead-off batter went into Monday's game needing to be hit by a pitch just one more time to break the national career hit by pitch record for high school baseball.

And then, he got plunked three times.

"Obviously I've been hit already 11 times this season and a lot before, so the more I got the more I knew I was getting but the actual number I had no idea," Cassady said.

His career HBP number is at 67 as of Monday night.

"At this point it's just kind of funny. Every time I get hit the whole dugout is just laughing at this point. So, it's just having fun with the game."

For Cassady, he views it as just him doing his role.

"I guess I'm just lucky and unlucky at the same time I guess," Cassady said. "You get on base but in the meantime you're taking a lot of bruises. But hey, do what you can for your team."

Cassady was a state runner-up in wrestling this past season as well, so a few bruises won't bother him much.

The Blue Devils are 9-0 to start the season after their win Monday night.

RELATED: Martensdale-St. Marys gets by tough Woodward-Granger, remains unbeaten on the season