Kolby Hulett loved wrestling and football, but after discovering an abnormality in his spine, contact sports were no longer safe. So he teed it up. 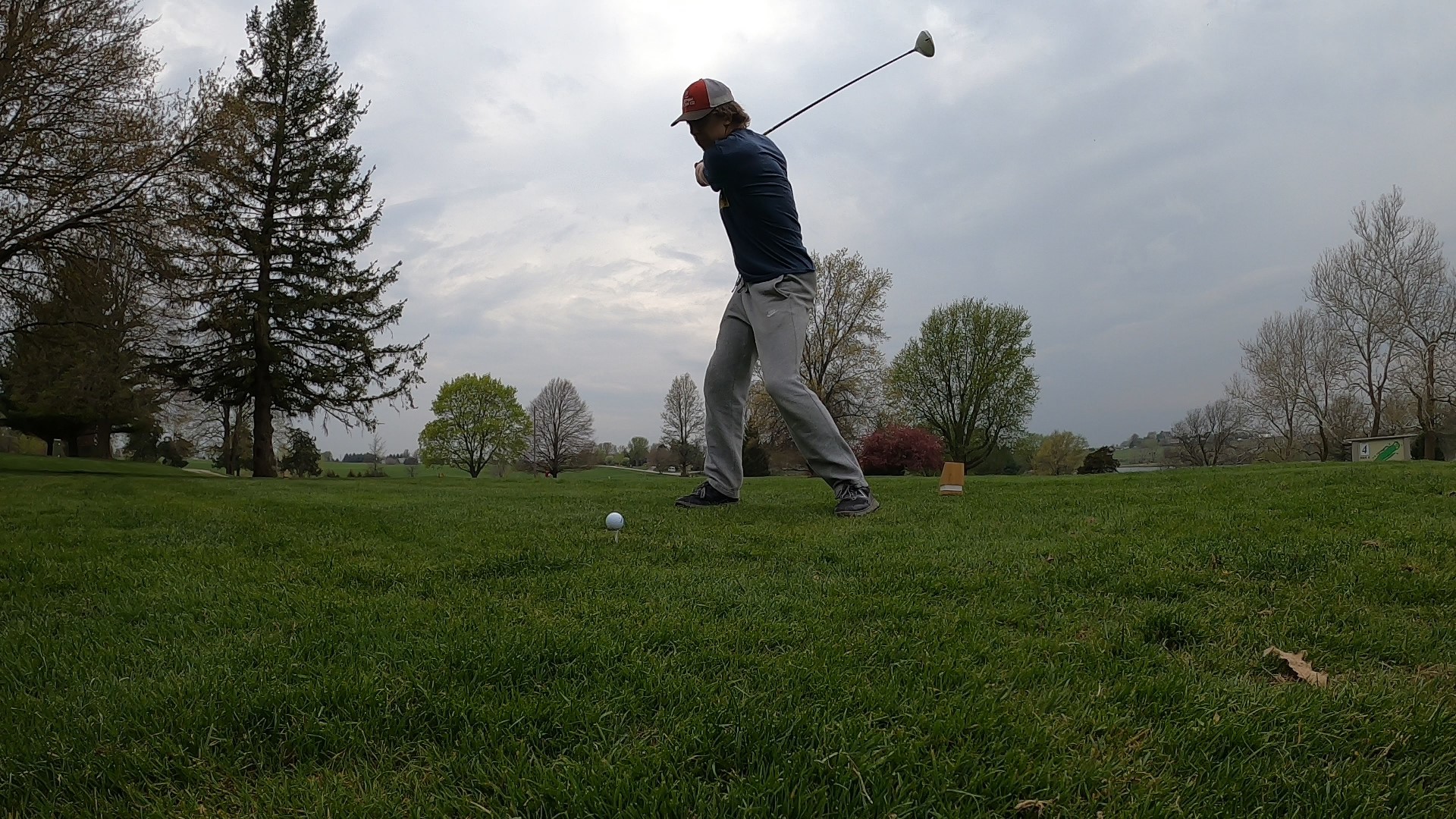 CRESTON, Iowa — “Growing up, wrestling and football was my everything,” Creston senior Kolby Hulett says.

“I had some lower back issues. Toward the end of the season I was getting stingers down both of my arms my back was just shutting down my nerves in my back."

Hulett just figured it came with the territory.

“I didn’t really think anything of it. I didn’t tell any of the coaches or the trainer because I wanted to play," he recalls. "That’s just how I am, I’m competitive.”

Football season turned to wrestling season, but the pain lingered.

“Got into wrestling. I was fine. I was hurting. But I didn’t tell anyone again. I got to the first meet and I wasn’t myself.”

One clinic visit led to another.

“I went from getting CT Scans, MRIs, x-rays the whole nine yards and after that I went to [Methodist Hospital] and went through the whole process again.”

Still few answers, until Hulett met with a specialist from the Mayo Clinic.

“I was diagnosed with congenital abnormality in my spine. It was a birth defect. I’m missing a vertebrae in my left side of my neck and I have two fused together in my right my nerves were shutting down in my lower back,” Hulett adds. “I was shocked.”

After coming down from the surprising news, Kolby was given a decision to make.

“He told me I had the choice to continue contact sports or quit.”

Not an easy decision for the ultimate competitor, but one factor came into play.

“He said I had a chance to become quadriplegic if I got hit in the right spot. So that definitely sparked my interest of taking a step back from it.”

The spring of 2019, Hulett decided to go out for a non-contact sport: golf.

“Nice little addition to our team. It was one of those deals where I wished he had joined sooner,” coach Jon Thomson says.

Kolby played JV that year, but found a place where he could still compete.

“It’s fun. I’m a competitive person so I love to compete so this is something where I’m by myself like I’m competing for myself and it’s fun. I really enjoy it."

How about @kolby_hulett23? He could have been an absolute stud known throughout Iowa in wrestling and football, but doing so was a risk to his life when a spinal disorder was diagnosed. So, he took up golf and now he's good enough to often score third-best on a good varsity team. pic.twitter.com/WeBRhyq4Li

RELATED: Britta Snyder's senior season canceled, so it's time to battle her brother, Brock, on the golf course

RELATED: Lynnville-Sully sophomore excelling at two places in one season

That brief pain is worth it, considering what could have been.

“You know the analogy as a door closes and he opened another one," Thomson says of Hulett. "Able to be with his classmates and being in a competitive sport so yeah, it’s great.”

“I probably wouldn’t be out here playing golf my senior year if I was still competing in football or wrestling but I definitely think it puts things in perspective for sure. I think I made the right decision taking a step back and I’m here upright right now so I’m thankful for what I have."