ORLANDO, Fla. –– While pre-bowl game festivities can include parades, tourist attractions and even shopping (in Iowa State’s case), Matt Campbell’s ... 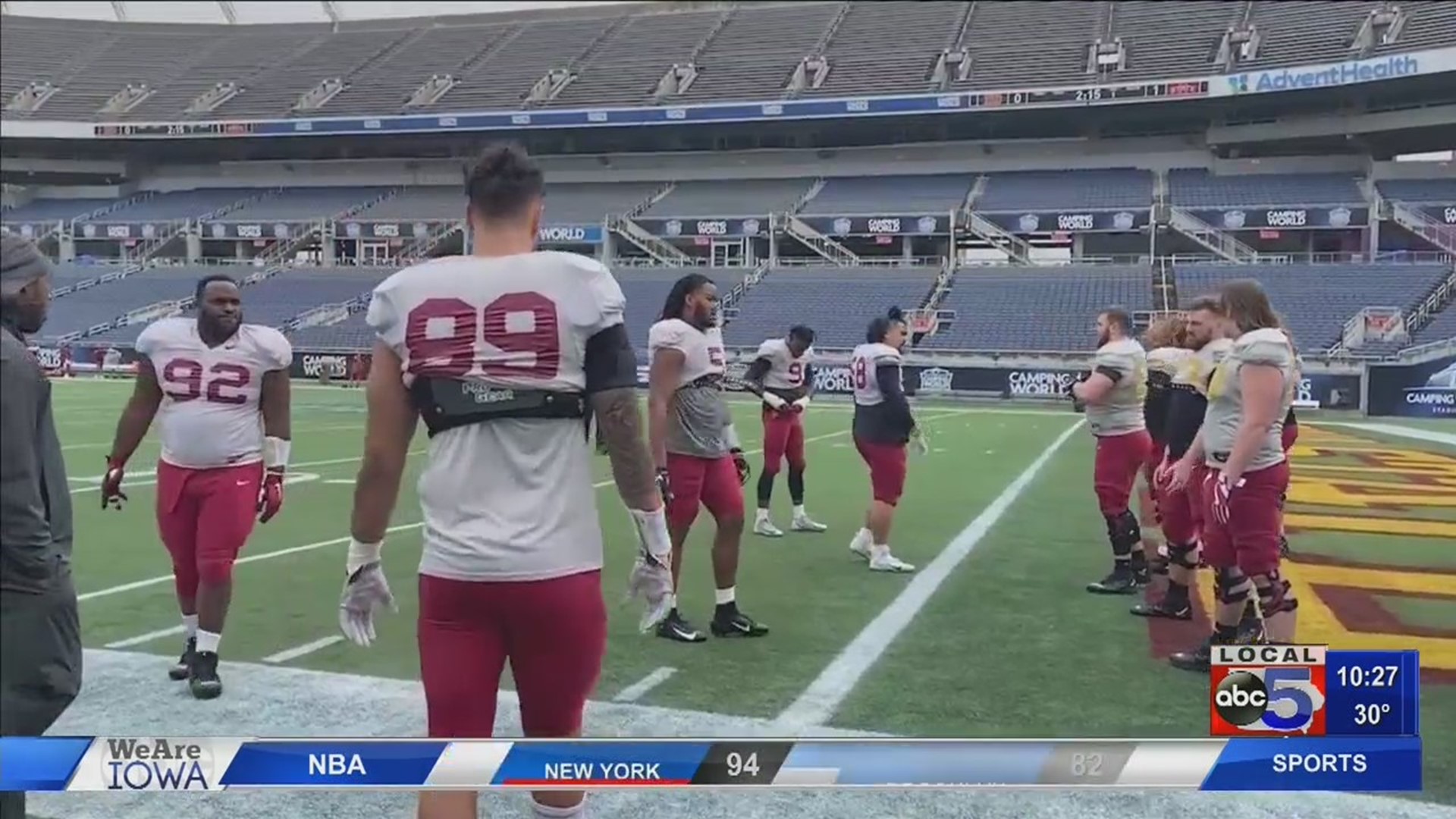 ORLANDO, Fla. –– While pre-bowl game festivities can include parades, tourist attractions and even shopping (in Iowa State’s case), Matt Campbell’s squad is preparing for a big test Saturday against No. 15 Notre Dame in the Camping World Bowl.

It is, after all, a business trip.

“It’s a big game, it’s the next opponent but it’s still just the next game. We always treat the next game as the most important so it’s cool the atmosphere,” said tight end Charlie Kolar. “Notre Dame is a quality opponent but we’re just trying to treat it like every other week as much as we can.”

The Cyclones and Irish gave back Thursday during Kids Day at Andretti’s.

And even some potential NFL prospects such as Kolar aren’t even thinking about anything but Saturday’s matchup.

In fact, his thoughts on his chances to make it pro?

“Cy-Hawk Coast to Coast” airs at 10 a.m. Saturday on Local 5 before the Camping World Bowl at 11 a.m. between the Cyclones and the Fighting Irish.