Aidan Ramsey has had a stellar junior year, but still has some ground to make up on the 3A distance leader before the state meet. 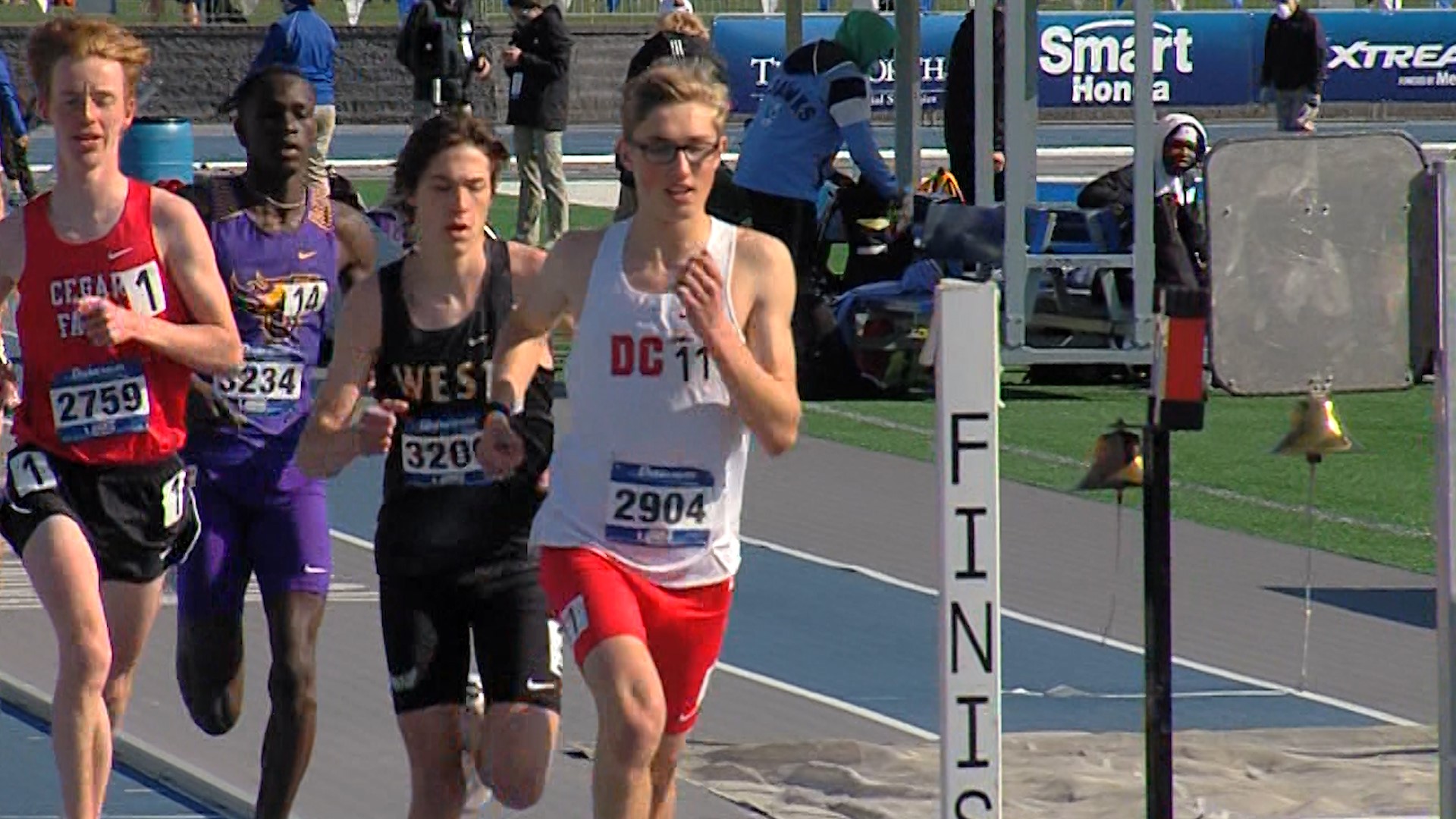 GRIMES, Iowa — “It was really tough for me staying motivated because you know I couldn’t train with my teammates like I normally would," Dallas Center-Grimes junior Aidan Ramsey. "I just tried to keep a positive attitude and put in the work so that I was ready when my opportunity came."

He certainly showed that he would be ready.

Ramsey’s coach, Jordan Sump, said, “When we went out set a school record the first time on the track especially having a year off, I think his confidence just ballooned.”

He ran a 4:24.88 in that meet, then broke that record at the Drake Relays Thursday, running the mile in 4:24:26. Ramsey shaved six-tenths of a second off of his time.

“It’s hard to describe you know. It feels like you’re kind of sprinting the entire time but if you train hard enough you can definitely get there,” Ramsey said.

The results are not all that surprising to his coach.

“He’s a run-a-holic. He’ll go all day every day … We had a preseason meeting where he was telling me he’s putting in 60 to 70 miles a week having the XC season having the success he did finishing top three has just propelled him to new heights,” Sump said.

Ramsay proved he’s one of the fastest runners in the state in the mile and 3200 on the Blue Oval.

“The 3A Distance level is just so tough right now you have a couple of guys over at Adel right now that are running really well some Pella kids running well. As fast as he’s running he has his work cut out for him. Hopefully we can see long term success here when May rolls around,” Sump said.

Sump said, “Nate is a pretty special runner in his own right. I think Aidan will morph into that. Nate has a year on him.”

That competition is sure to help Ramsay push himself,  to see if he can run down a state crown his junior season.

“I try not to focus on the time or the place but just give it everything I have every time I step out on the track so yeah it would be awesome that’s what I’m working towards but we’ll see what happens,” said Ramsey.

“It’s going to be tough. He’s got his work cut out for him but I’ll put the house on Ramsey,” Sump said.