Marshalltown senior a double threat on the track and stage

Deonte Dean is one of the state's best runners— but that is not the only activity he excels at. 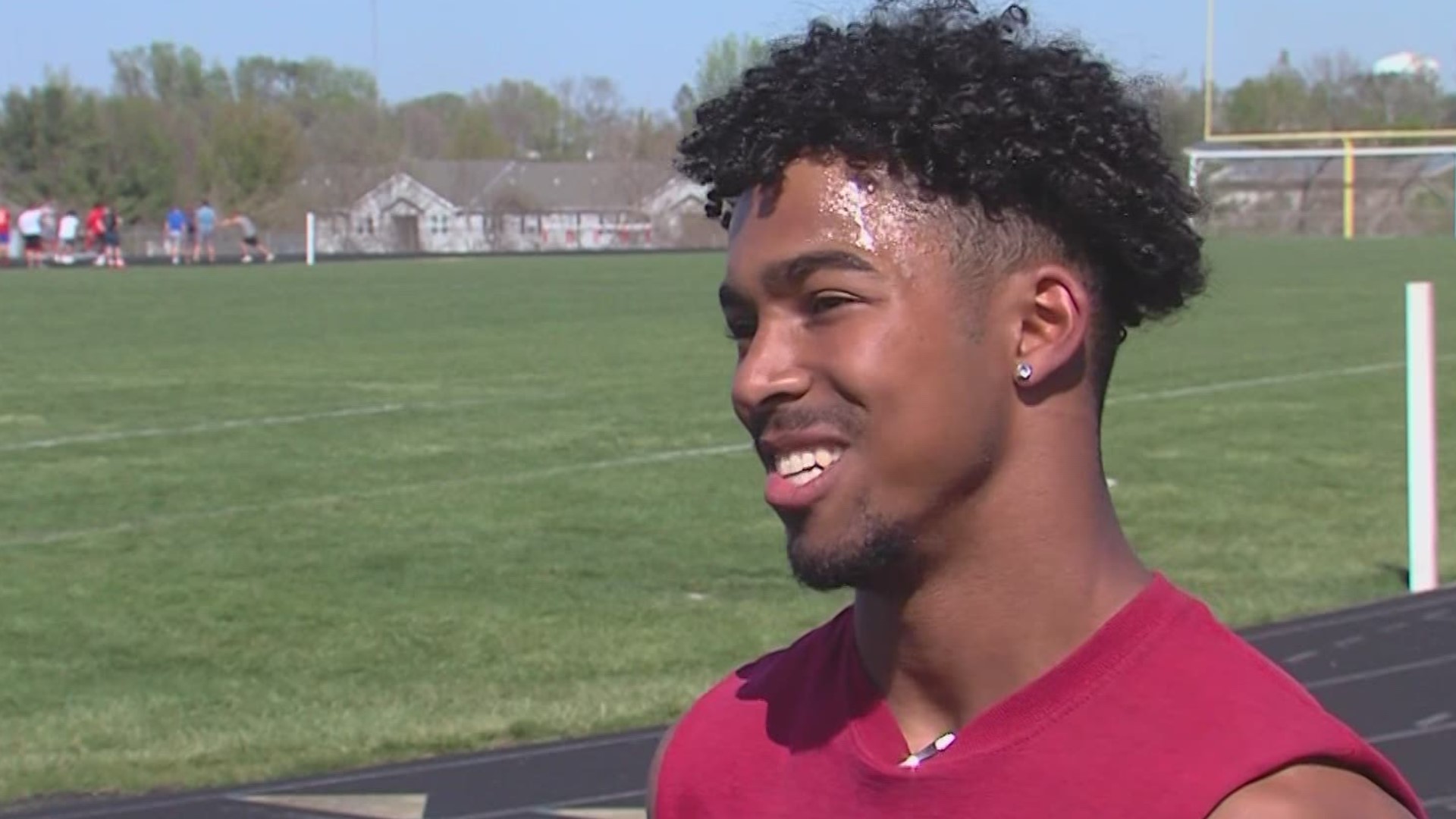 MARSHALLTOWN, Iowa — "This is what I've been waiting for my whole life and I don't plan on letting anything stop me."

Marshalltown Senior Deonte Dean is a bit of a surprise.

Dean is not a surprise because he works hard, nor is it a surprise he is currently the fastest 200-meter runner in the state. At least not to those who know him.

"It's true, the average high schooler probably doesn't have that extra bit of drive, but there's just something inside of him that doesn't want to fail," Bacon said.

"I grew up watching a lot of The Jackson 5, you know, oldies and would just be singing in the kitchen and the shower and my mom couldn't stop me," Dean said.

RELATED: Lynnville-Sully sophomore excelling at two places in one season

That was until he went to high school, then his mom would not let him stop.

"I wasn't going to do it in high school but I lost my phone and she told me 'You're not getting a new phone unless you go out for choir,'" Dean said. "I don't regret that to this day."

If you ask though, he will not tell you flat-out if he likes track or singing more.

He is an all-state singer to go with an all-state caliber sprinter. The dual-threat Dean has a chance to win Marshalltown’s first 200-meter state title since 1977.

"Being from Marshalltown comes with a lot of pride," Dean said. "We're not always a school that's the most looked at in this sport and I just try to go out there and prove a statement. No matter what logo you have on your back, we're out here to do our thing."

It is only fitting that Dean could win the school's first 200-meter state title since the oldies.