The Des Moines Buccaneers have players from all over the U.S. and the world so getting them home became the primary focus after the season ended 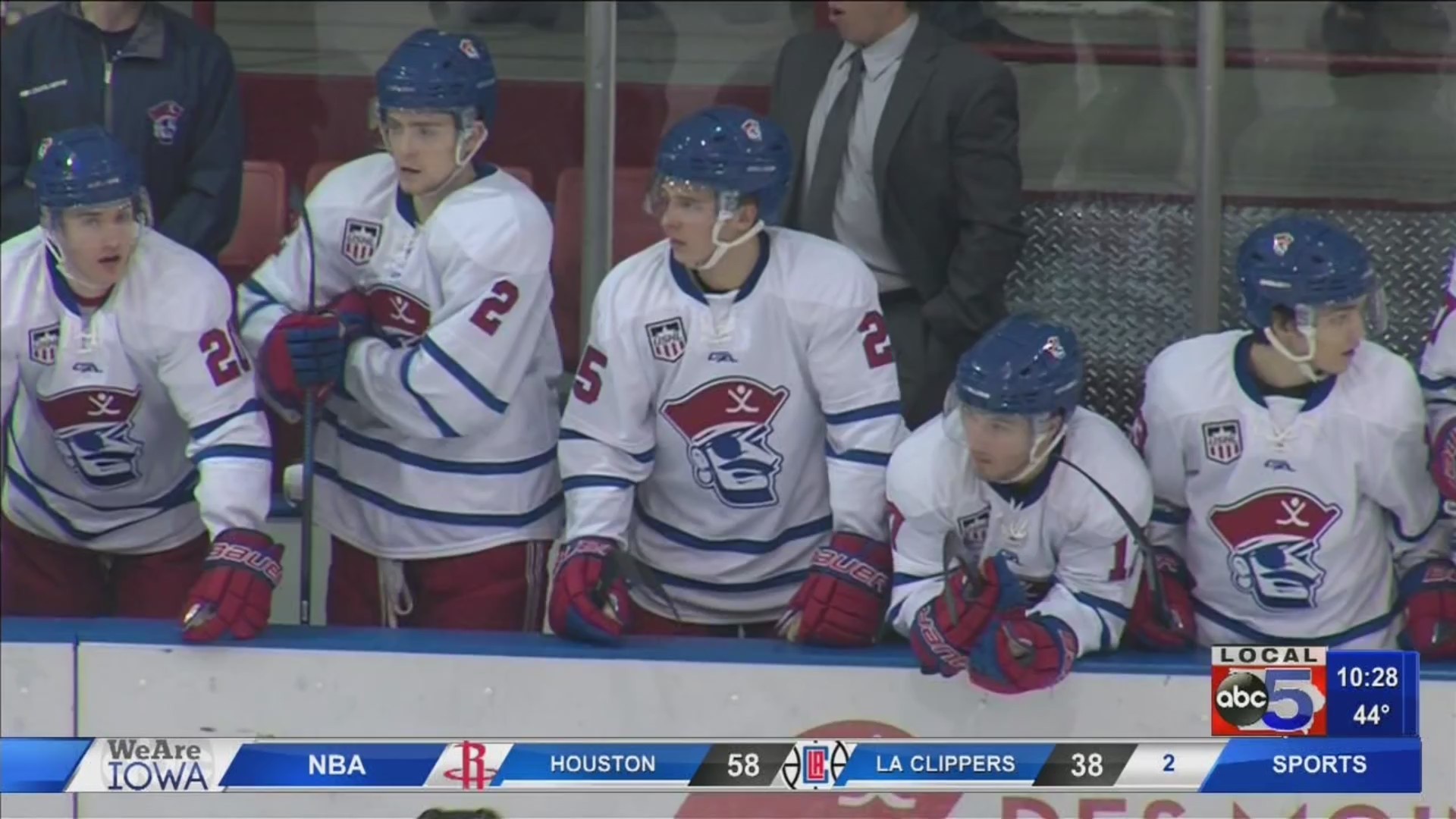 DES MOINES, Iowa — "We're sports, we're entertainment. When you're taking that away, you know this is a dangerous thing because of the spreading."

It didn't take long before every sports league in the country followed the lead of the NBA in postponing the rest of their season, the United States Hockey League was no different.

"That day everything kind of started to happen very quickly. It was league meetings ownership management and right then and there was the decision to suspend play."

A week later, the USHL decided to cancel the remainder of the season.

"It was a mixture of emotions guys were really down you could see a little shaken up."

In an instant, Head Coach Peter Mannino, and the organization, had to get athletes from all over the world back home as quickly and safely as possible

"Everybody got home. All of our imports as well from Moscow to Kazahkstan, Germany, and Hungary they all got their way back I know Yarislov was in a 14-day quarantine in Moscow"

With his team safe, Mannino was able to reflect, and start looking ahead.

"We're preparing for that every day. A lot of phone calls. A lot of agents, a lot of colleges, pro teams, because everybody has a lot of time for the phone calls so that's what we're doing working through that getting prepared for the draft as we're reflecting from last season."

That's because he wants to get the Bucs back into the playoff conversation in year two.

"Gonna build off of what year one was  going to build off of all of their feedback which was extremely important and put into that place here for the second year for a very very special outcome."

Mannino has been in their shoes, a player at every level of hockey, so he knows the value of each and every time they get to take the ice. This pandemic is another example of why it should never be taken for granted.

"You always remember those jerseys and the crests. I really hit home with the boys about that. That Buccaneer on your chest it's a lifelong piece to your life here and that's what we're trying to play for."