The IHSAA is now extending the season to schools whose seasons were cut short due to COVID-19 or the August derecho, meaning DMPS teams now have til Nov. 18 to play. 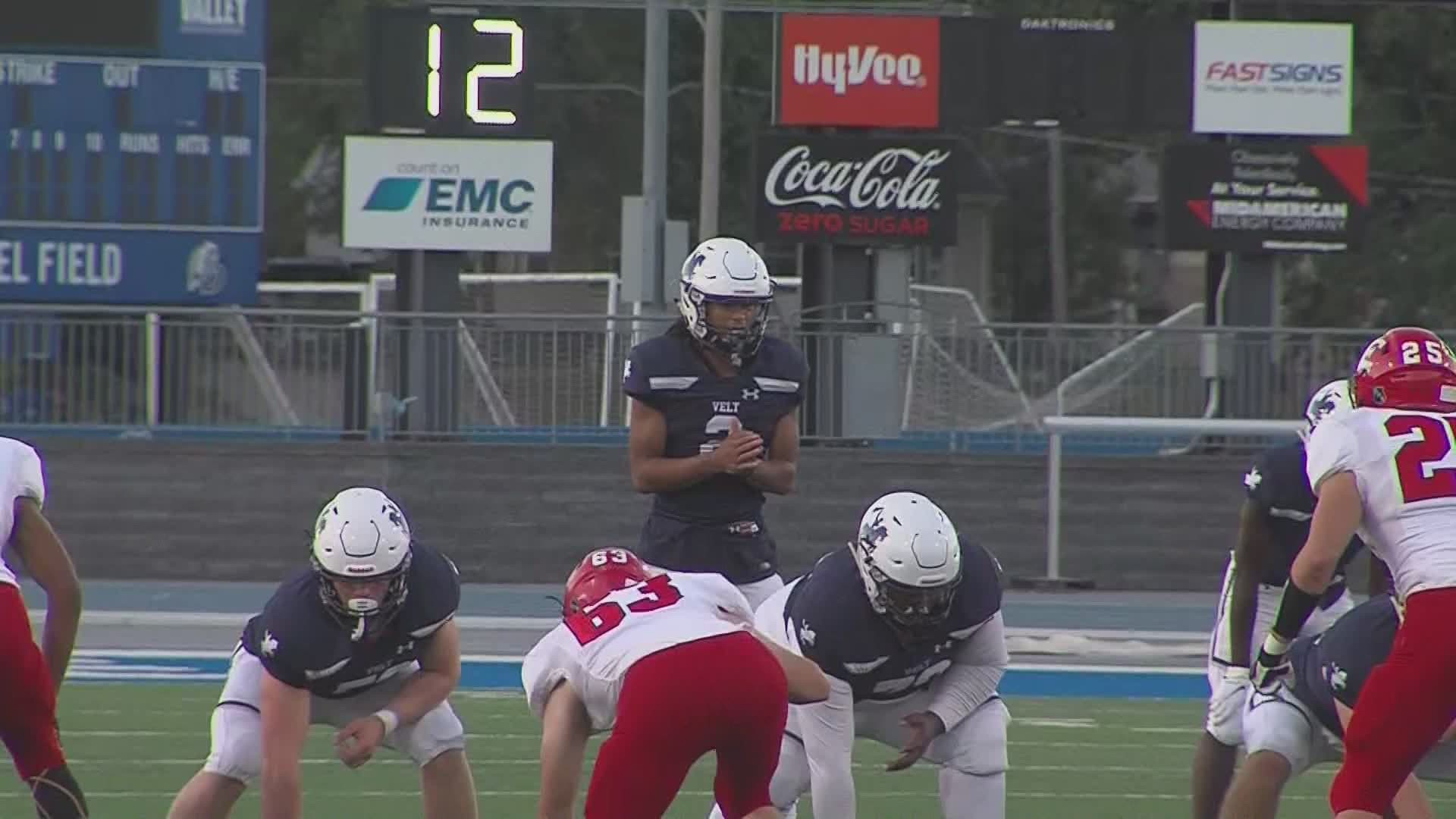 DES MOINES, Iowa — Now that the Iowa High School Athletic Association has extended the football season, North and Roosevelt High School in Des Moines are getting ready to play.

The two teams cannot resume organized practices until Nov. 7 and must have five days of practice before being able to put pads on.

East, Hoover and Lincoln decided not to schedule any games from here on out, citing worries for player safety and a lack of time to practice and condition, according to a DMPS release.

Those three schools also didn't want to conflict with the winter sports season, which begins Nov. 9.

Details on the North and Roosevelt games will likely be held on Nov. 16-17, but opponents and locations are still to be determined.