Roosevelt team took a knee during the national anthem before their doubleheader with Centennial as a sign of solidarity against social injustice. 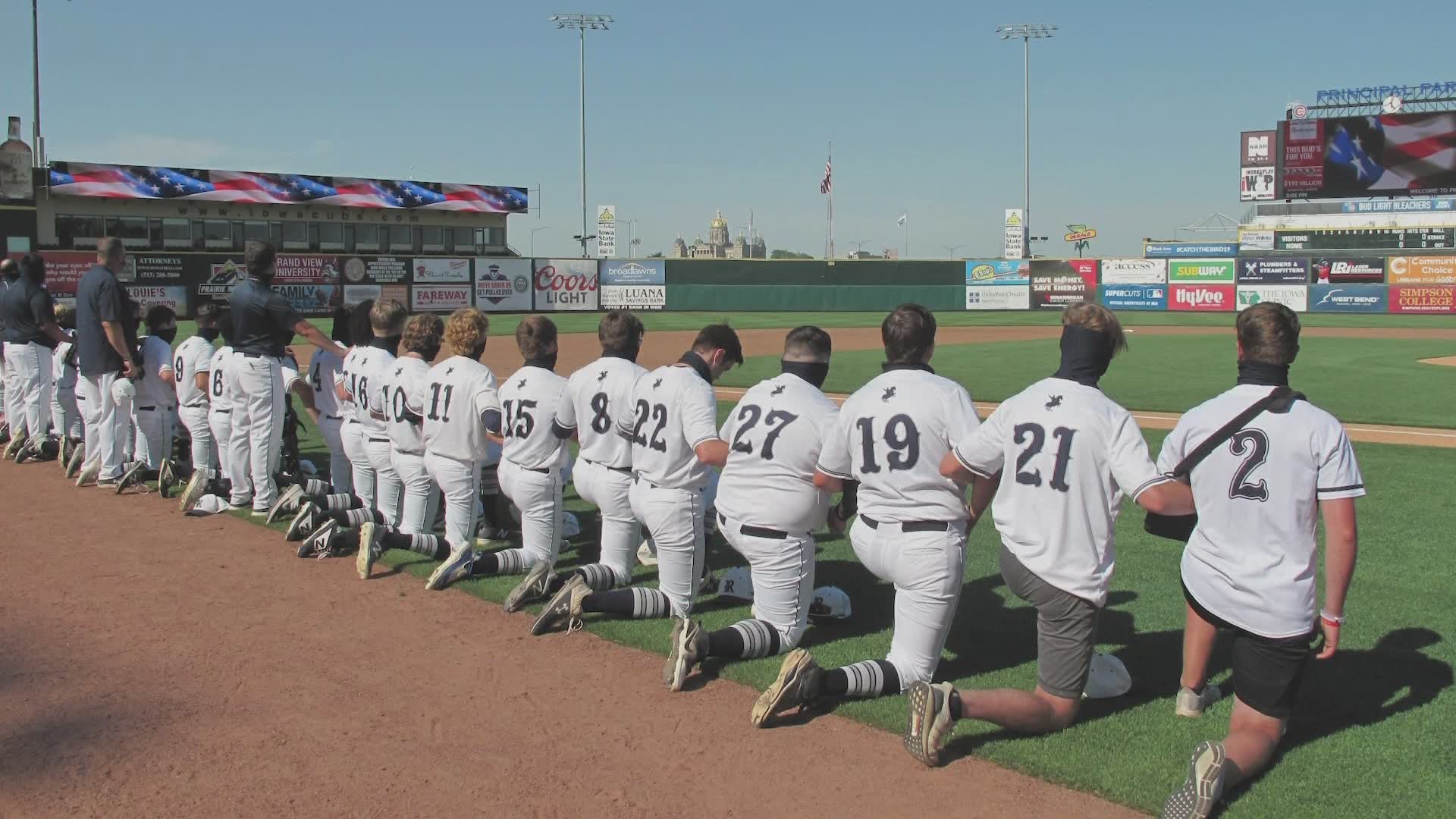 DES MOINES, Iowa — Monday was the opening day of the high school baseball season across the state of Iowa.

The Roosevelt Roughriders took a knee as a team during the national anthem before their first games of the season against Centennial at Principal Park.

Roosevelt is a diverse school in Des Moines, and the players felt this was the best way to make their voices heard.

"This represents DMPS schools, a lot of diversity and a lot of people of color and we're just trying to show our appreciation and just like social justice and it's nothing," said Jayden Singleton. "Yeah, that's a lot of people were on it. They wanted to do it and it was just a team team effort that we wanted to take a knee."

Teammate Alex Pendergast added, "Coach kind of brought it up and practice with everything going on, and we got together as a team. And we talked about it and we came to a decision as a player said take a knee bring more attention  to the problem at hand and that’s that.”

RELATED: MLB still plans on Yankees-White Sox game at Field of Dreams, but will they come?