Carter Baumler was drafted in the 5th round of the MLB Draft. As of Tuesday, he's waiting for the contract to be finalized and a physical to be done 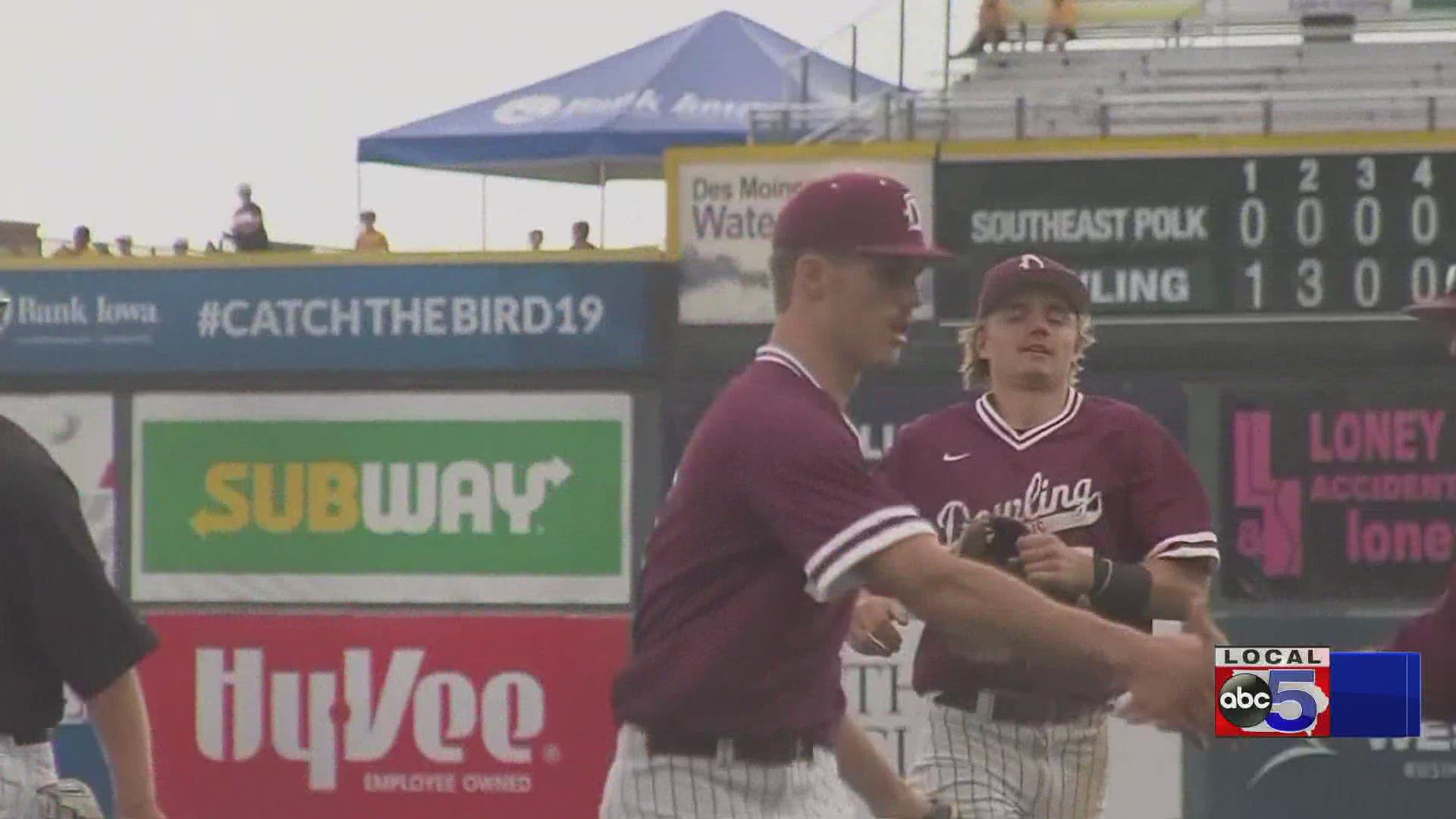 “They weren’t willing to meet my number so I turned down the 77th pick and the 79th.”

For Carter Baumler, to forego college baseball, the price had to be right.

“I knew that TCU was a great opportunity and I was ready to stay true to my number and there was always a chance that the Orioles would come calling later in the fourth or the fifth round.”

Sure enough, that call eventually came from Baumler’s advisor.

“The Orioles are willing to meet with you and do you want to do it? So yeah.”

With the 133rd overall pick, Baltimore picked him.

As of Tuesday, nothing had been sealed in writing

With No Major league baseball going on, he’s waiting patiently and continues to practice with Dowling Catholic.

“ I can’t control it, but it does stink a little bit, I want to be out there so bad. You know watching high school baseball it’s like the first time that I’ve been sitting in the stands watching it which is a little weird—but I’m lucky that I still get out on the field and play catch and hit a little bit so you gotta look at the bright side.”

Soon enough, Baumler should have professional baseball contract in his hand, but he says the moment it hit him was Former Cyclone and current Green Bay Packer Allen Lazard coming up and talking with him at Lifetime fitness.

RELATED: Principal Park zip-tied and ready for baseball to be back on the diamond