Allison Pohlman is the new Bulldogs' women's basketball coach, but has been with the program for more than a decade. 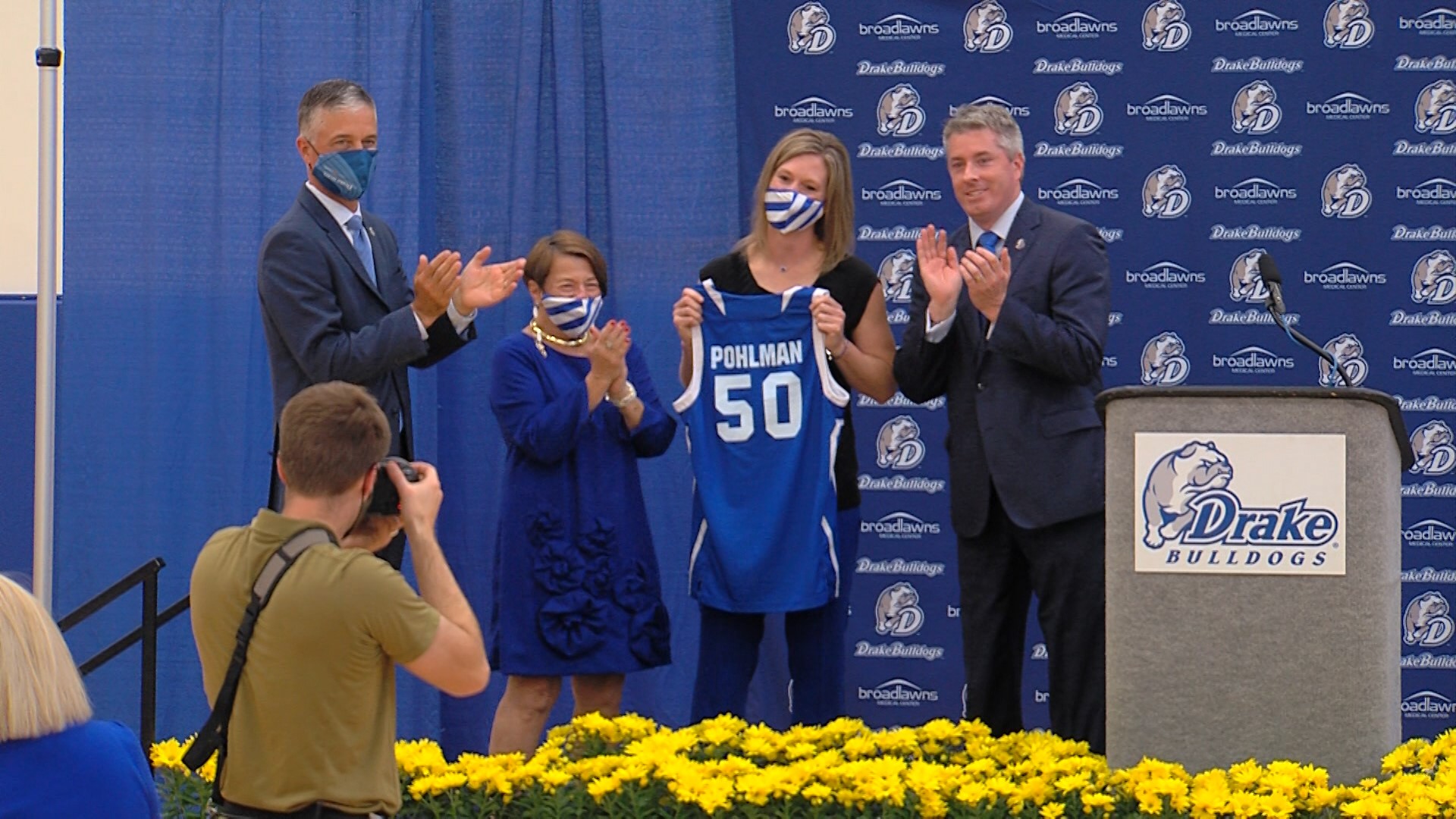 After more than two decades on the coaching staff at Drake, Pohlman is the head coach of the Bulldogs.

“Just walking in the Knapp Center you know 25 years ago and then every single year following. I've always been in awe of this place and I've always held Drake in such high regard," she said. "And so, this moment today. It couldn't have been more perfect.”

She made it clear, she's ready to take the reins.

“I think being an assistant coach for 14 years. I mean, I learned a lot and it was a phenomenal experience. But now, I mean, let's step forward,” Pohlman said.

Pohlman knows the standard that's been set a Drake, because she's been a big part of that rebuild. That helps as she steps into a locker room she's already familiar with.

“I had a great conversation with Coach DeVries, with Darian, right before this and one of the things that he had said in the transition process, he said, he goes the luxury that you have is you don't have to win the locker room, you've already won it over and so that's where we're starting from, and that's what I think has been so positive and such a great thing is these women have completely embraced my voice, my directness and now we're just ready to go out and capitalize on where we're at and grow."

Don’t expect the Bulldogs to slow down one bit. They look to remain at the top of the valley for years to come

“From a basketball standpoint we’re going to put the ball in the hole. And so we're going to continue with that up-tempo style," Pohlman said. "We'll continue to look to score buckets in bunches."