The No. 11 seed claimed victory Thursday night with Joseph Yesufu leading the charge with 21 points. 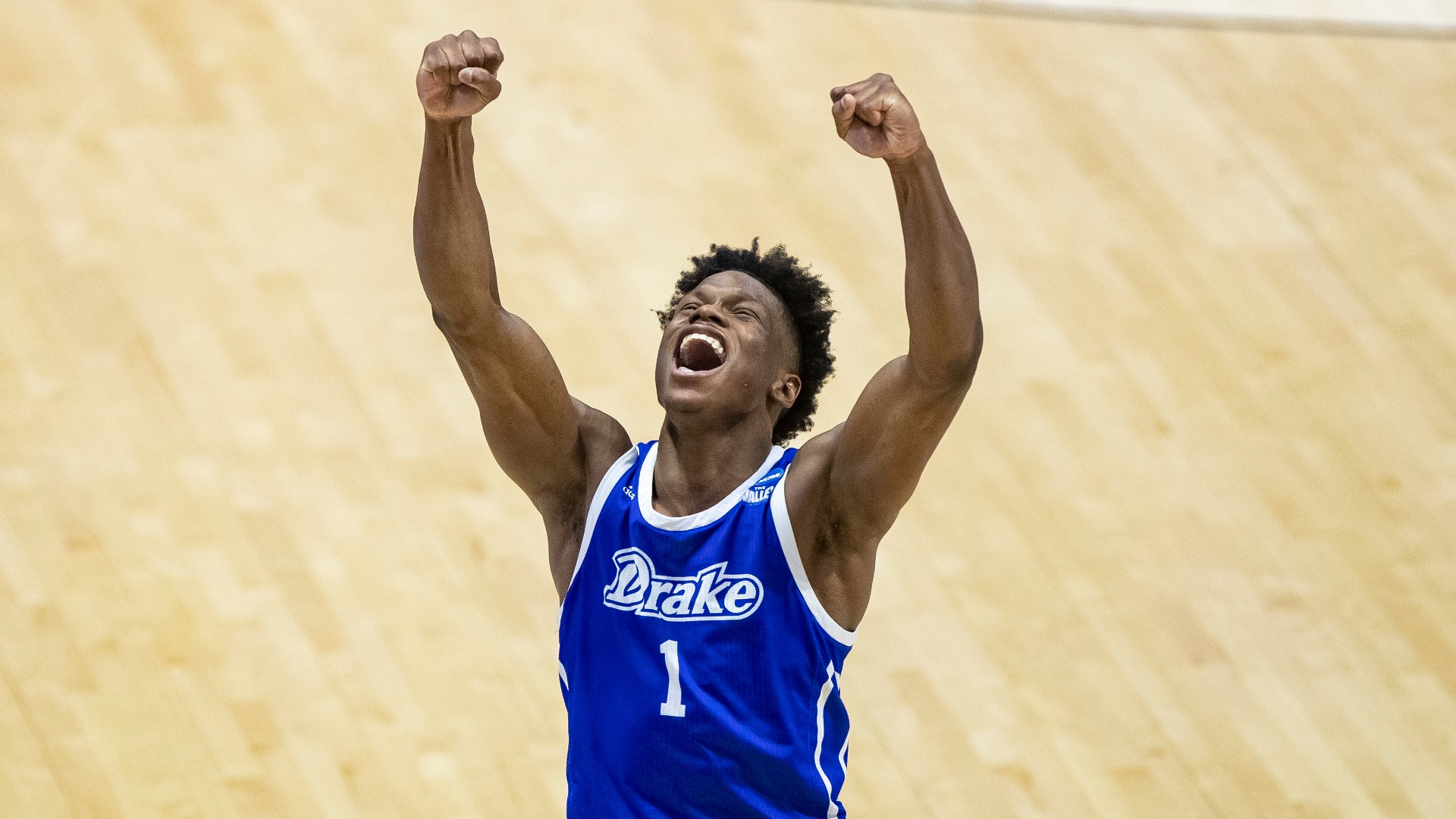 It was Bulldogs’ first NCAA Tournament win in a half-century. Drake’s previous tournament victory was 50 years ago to the day— March 18, 1971, against Notre Dame. The Bulldogs came in with 25 wins, second-most in the tournament.

Their tense matchup with a longtime Missouri Valley Conference rival brought some early drama to the pandemic-affected tourney. Wichita State had a chance to win at the buzzer but Alterique Gilbert settled for a long 3-pointer that hit the front rim.

The Bulldogs didn’t really ramp up until the latter part of the first half when Joseph Yesufu dunked on Wichita State’s Clarence Jackson.

Thursday’s game was the first time the Bulldogs played during the NCAA tournament since 2008.

Download the We Are Iowa app or subscribe to Local 5's "5 Things to Know" email newsletter for the latest on the NCAA tournament.