The Bulldogs are now 23-2 on the season and 14-2 in the Missouri Valley Conference. 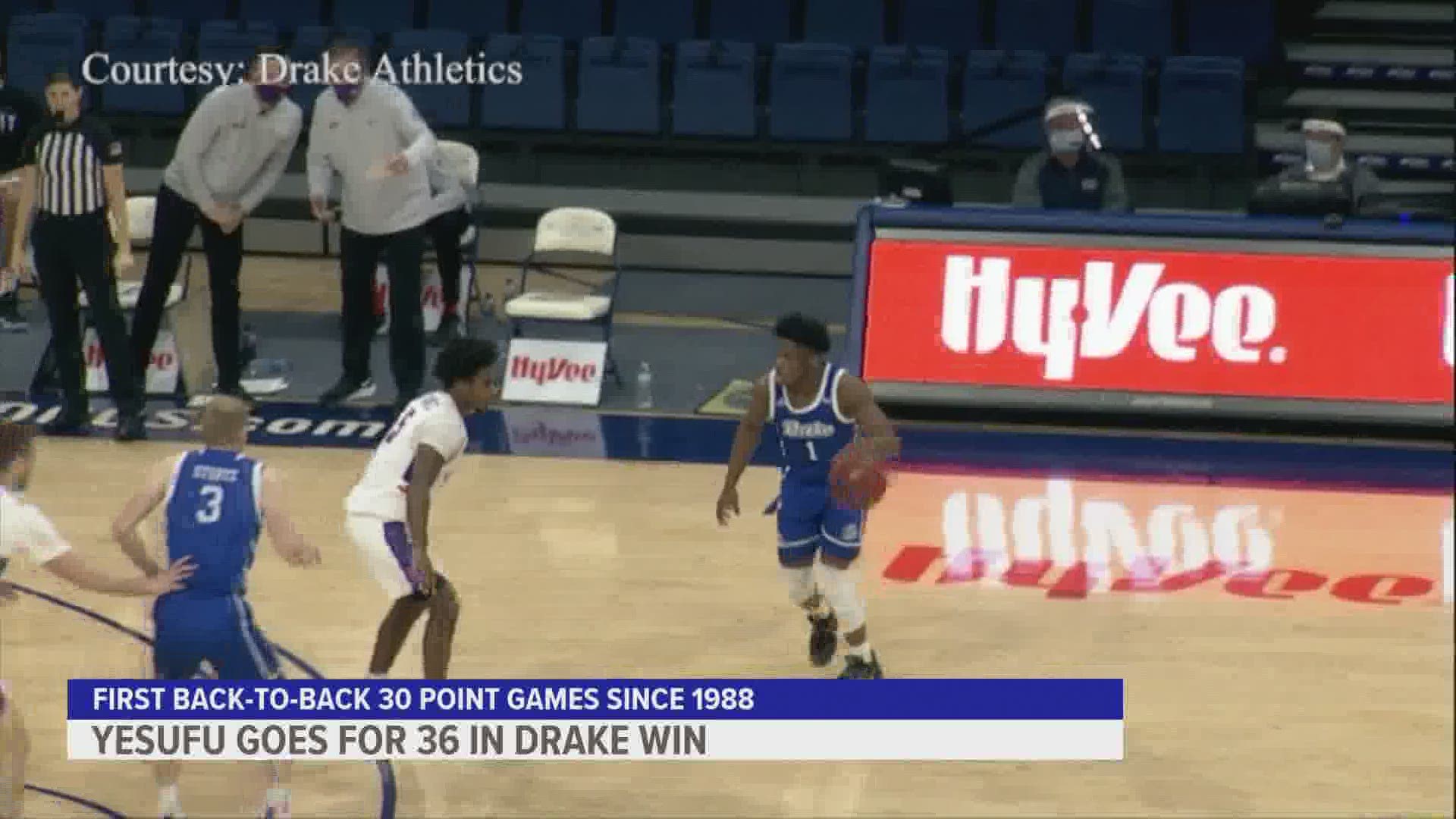 Yesufu scored 32 points in the team’s Sunday night win over the Purple Aces. Monday’s 36-point outing comes the same day Drake announced guard Roman Penn would miss the rest of the season due to a foot injury.

The Bulldogs are now 23-2 on the season and 14-2 in the Missouri Valley Conference.

Garrett Sturtz had a double-double with 12 points and 10 recounts, and D.J. Wilkins added 11 points. Shamar Givance led the Purple Aces with 17 points.