The newest head coach for the Hawks is a former team MVP who, at one point, held the school record for assists. 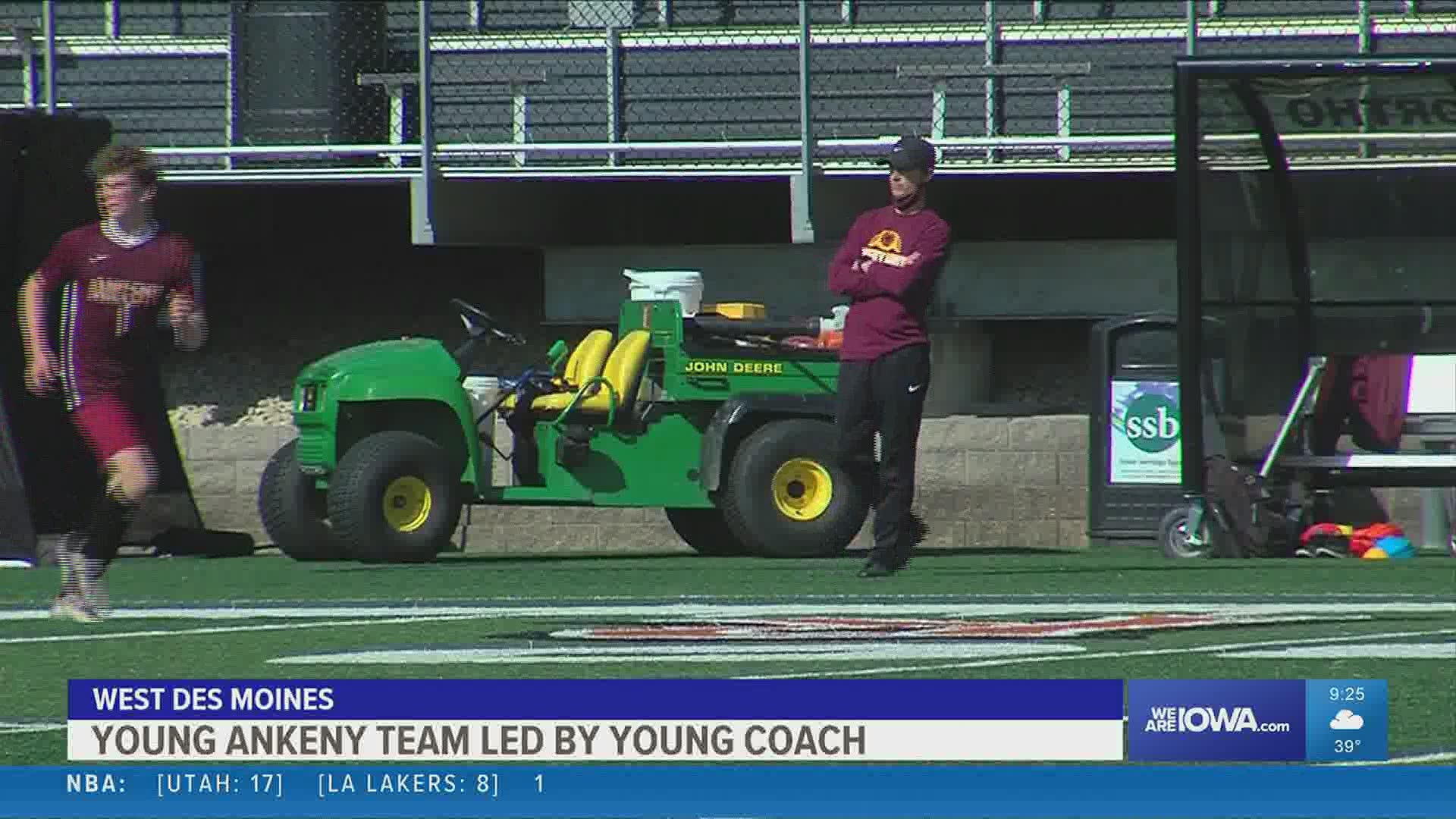 "It's always challenging to find great coaches, especially ones that are wanting to be where they're at," Ankeny Activities Director Andy Umthun told Local 5.

Umthun's first head coaching hire at Ankeny though, was not a difficult choice.

"It was a real easy decision for us with his experience, his playing at a high level both as an AHS grad and at Simpson," Umthun said.

Marcus Varnum may be the new man leading the Ankeny boys soccer team, but he is not new to Ankeny. He was raised there, he graduated from Ankeny High School in 2012 where he set the single season assists record and was a 4 year assistant at Ankeny prior to being named head coach.

Was nice to check out our @AHS_HawkSoccer hard at work for a bit today! Spring is here! #TFBH pic.twitter.com/CovoWYMWDi

"I try to relate a lot to them," Varnum told Local 5 between games at the Valley Invitational. "I've been there. I've played these teams and I've been in the same situation as they are now so we get that relationship and that trust there."

It is easy for Varnum to build that trust. After all, he is right where he wants to be.

"When the position was open again, I felt ready and appreciative that I get to work with this great group of boys now. It was just elation," Varnum said.

Elated at the fact that he gets to make a difference.

"Yes, we want to compete and, yes, we do want to have a successful season but it's also about making sure these guys are growing into successful young men who are respectful," Varnum said.

The wins, though, are also coming. An Ankeny team with just one senior on the roster is riding a six match winning streak.

"We are a little low on the experience but they've grasped it, they're rolling with it and they now are getting their feet under them a bit," Varnum said. "Now, instead of this new scary feeling for them, they're stepping onto the field and they're feeling a bit confident."

It's a young team that is led by their young coach.

"I've been more nervous for games coaching than I ever have as a player. Just the lack of control. I can only do as much as I can and prep them as much as I can," Varnum said.

Now, the team and the coach grow and get experience together.

"I'm just super grateful for this. Every day I get to wake up and go coach these great guys."