Tyler Cook is auctioning off his game-worn jersey from his first NBA game with the Denver Nuggets. It's his way of making change to the current racial climate. 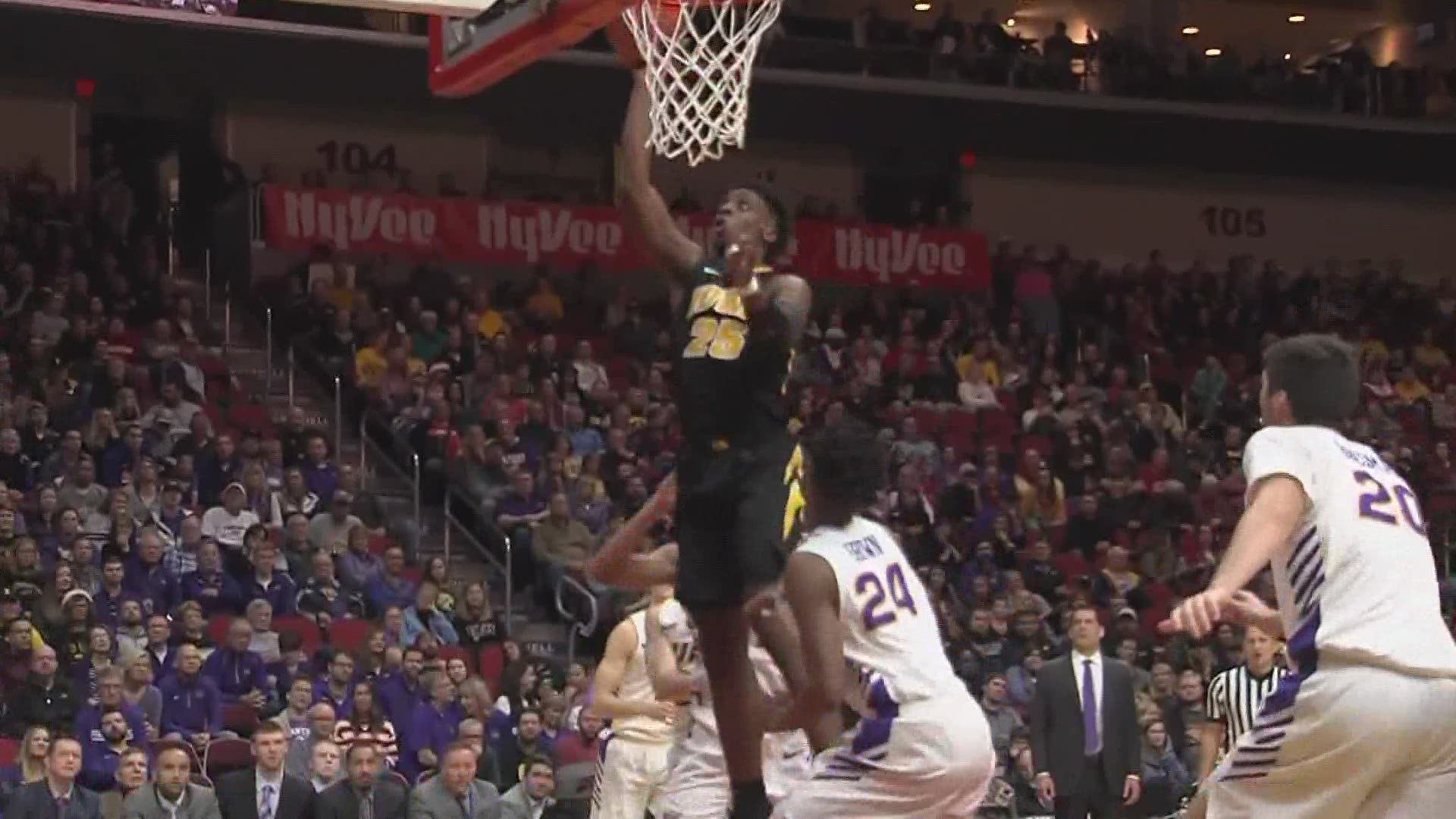 DES MOINES, Iowa — We’ve seen athletes around the country finding ways to give back to the communities in need.

Former Iowa Hawkeye and professional basketball player, Tyler Cook, has found a unique way of his own to raise money for a cause that has become the focus of our nation

“Being there putting that jersey on when you walk in a locker room seeing a jersey with their name on it in your locker. You don't lie to them next to guys that you've been watching on TV for years, you know, and call them teammates is, is there's no feeling like it.”

The jersey Tyler Cook wore in that first NBA game means so much.

So, why is the former Iowa Hawkeye auctioning it off?

Cook grew up in St. Louis. He recalls the feeling in his city after Michael Brown was killed by police.

“The vibe of the city, the city was broken, people were heartbroken. Scared terrorized it was just, it was a tough time for not only you know the city of St. Louis and the cities around, but around the country.”

Fortunately, Cook has never dealt with any issues of his own.

“Every time I leave the house from when I was five till now, I'm 22 years old. You know my mom and my dad told me like be safe. If you get pulled over, keep your hands on the wheel. So yes sir no sir. The fact that we have to take as African-American people, extra precautions because we feel like we're seen as dangerous or were seen as something other than a regular citizen by some police officers is just unfortunate.”

But says now is the time for change and this jersey raffle is the way he is making it.

“I want to be able to tell my kids one day that you know as a part of changing this country for the better you know I think they'll be more than me the majority will so you know once I realized that it was, it became an easy decision.”

If you would like to get into the raffle, it’s $5 per entry. You can do it through Venmo or for more information check out Tyler Cook on twitter @iamtc25. Cook says he will list the groups in the St. Louis area and those who were victims of racial injustices that he will donate the money from this raffle to. You can enter the raffle through Friday.