Lute Olson, one of the winningest coaches in Hawkeye men's basketball history, passed away Thursday at the age of 85. 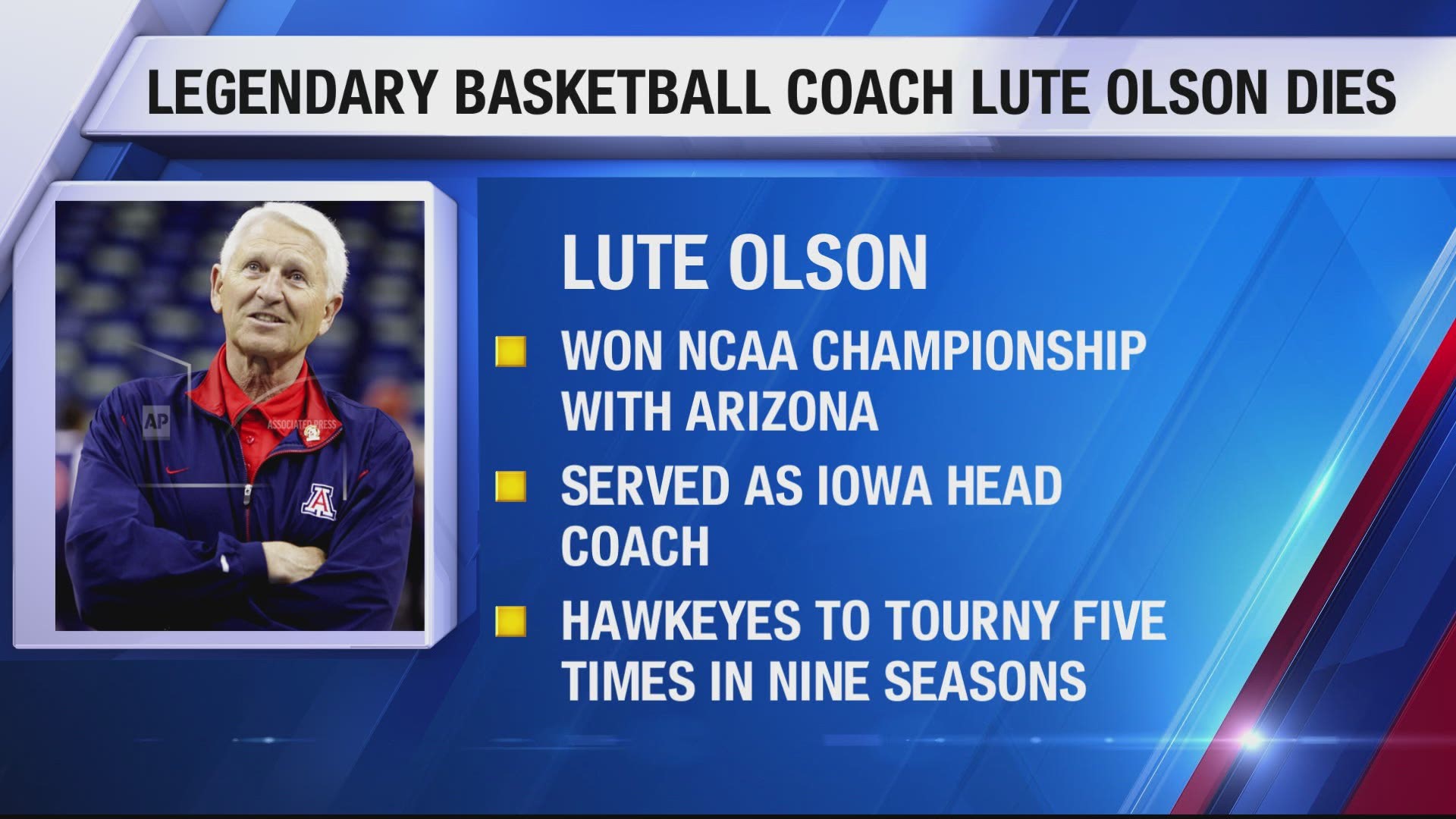 Tributes have poured in for the coach whose legacy was cemented with 25 seasons at the University of Arizona.

We are deeply saddened by the passing of former head coach and Hall of Famer Lute Olson. I will always remember the way he embraced me when I was hired as the Hawkeye coach. Lute expressed many times how proud he was and how much he loved coaching at Iowa. Over the years, Margaret and I became good friends with Lute and his wife Kelly, which is something that I will forever cherish. Lute will be missed by everyone in the Iowa basketball family.

It’s hard to put into words how much Lute Olson meant to me.He was an amazing coach & a wonderful man. Being part of the U of A basketball family changed my life forever.I will never forget Coach O, those awesome nights at McKale and all my teammates. Thank you Coach- I love you! pic.twitter.com/GUvtSFr9Lm

Playing for Coach Olson shaped my vision on how to teach the game of basketball. He gave me my start in coaching and helped me throughout my career. He was an incredible coach, teacher, mentor, and friend. All of us in the Coach O basketball family will greatly miss him.

Coach Olson will always be remembered with the class and respect he lived by. He did things with class and was always respectful of others. He was not just a coach, but a positive role model, as he was a man of faith (never heard him curse), a husband, and a father. Lute changed the culture of Iowa Basketball by just being who he was. He believed that if you worked harder than the next team, you should have high expectations. He pushed us to believe in ourselves and the results of winning games reinforced that belief. I am very thankful for having played for him, as I learned a lot about basketball and most importantly about doing things the right way. I have much love and respect for Coach Olson.

Sad to learn about the passing of Lute Olson. One of the all time greats! RIP ❤️ https://t.co/L0tRkmCWJV

It is with great sadness we learned about Coach Olson’s passing. He battled his health setbacks over the last few years with the same competitive energy and strength as he displayed over his many years on the sidelines. It was an honor to be coached by someone who embraced the qualities of integrity, honesty and hard work; lessons that I carry with me every day. Coach O loved his Hawkeye Family and will be dearly missed by all. Prayers for strength and comfort to his wife Kelly and all of Coach Olson’s family and friends.

RIP to Lute Olson, one of the game’s greatest coaches, competitors, champions and gentlemen. Coach Olson recruited me when he was at Iowa. At a home visit, he won my mother over forever. When I later committed to Duke, she was still going to Iowa. https://t.co/bMhElyDoi1

Olson finished with a record of 780-280 as a Division I head coach and coached in the Final Four five times.

Olson is one of 15 coaches to take multiple schools to the Final Four.