Drake and Dru Ayala have been wrestling together for a long time, but this is the only year they'll wrestle together in high school. 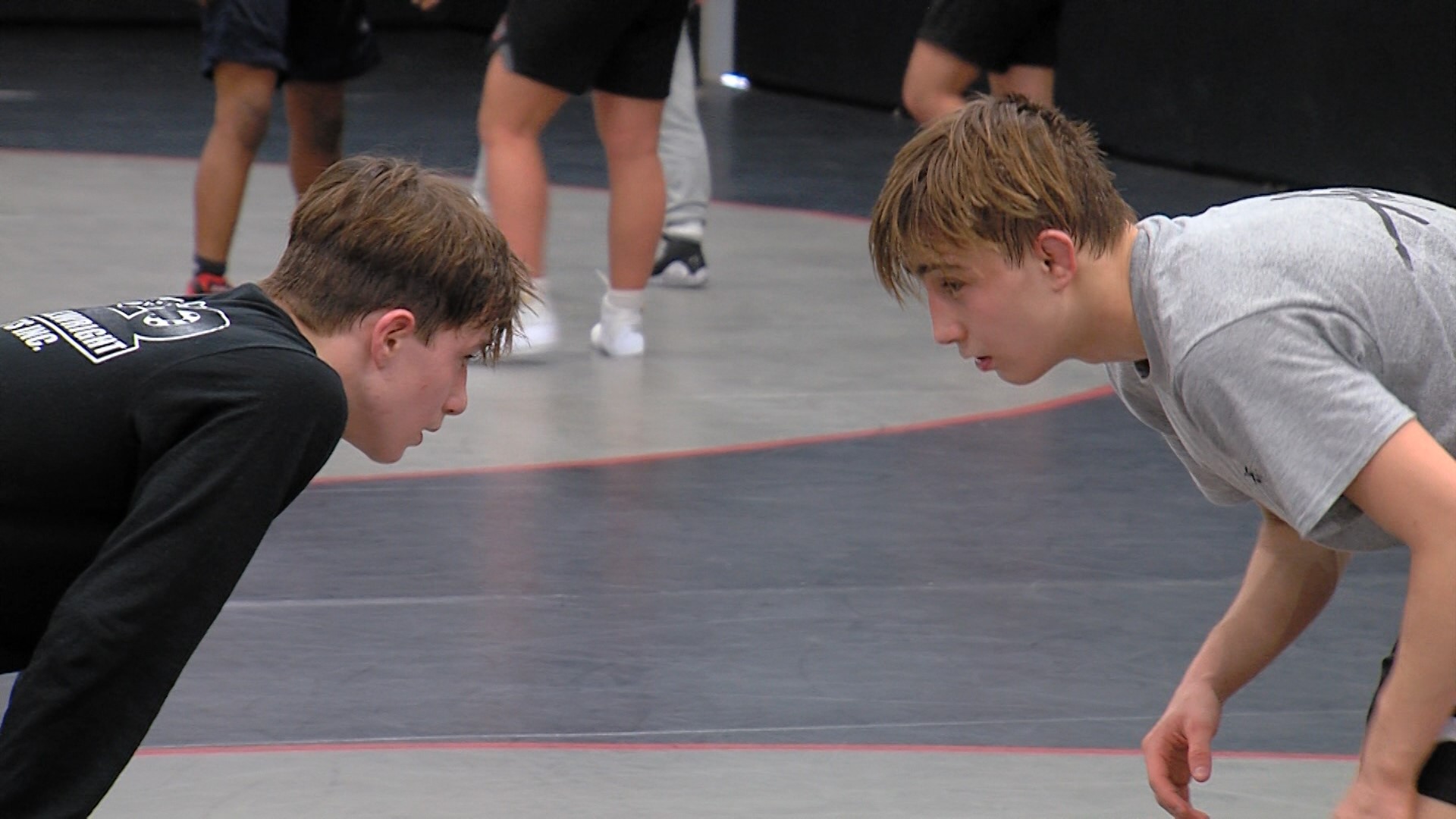 FORT DODGE, Iowa — In the wrestling room at Fort Dodge High School, Drake Ayala is at work with his sights set on a third state title.

“I have as much to improve on as the JV kids and really anyone in this room," Drake said. "I still have to get better each and every day so just taking it one match at a time really."

This year, though, he has a familiar face on the mat, pushing him.

“It’s fun wrestling him," Dru said. "He beats the crap out of me helps me get better."

“We’re always wrestling. We even wrestle in here sometimes too. We’re partners every once in awhile.”

Both have their own journeys ahead of them.

“I know his goals and he knows mine so we’re always chasing them each and every day,” Drake said.

I’m excited to announce that I will be continuing my athletic and academic career at the University of Iowa. Thank you to everyone who has helped me get to this point. Go hawks!🐤 pic.twitter.com/BkZfP5r8r8

But It’s hard not to try to compare the two. In fact, Dru says he hates the comparison game.

“It’s not fair to him. He’s just here to make his own mark, I mean it’s cool we’re just our own people so it’s cool to watch him grow and just chase his dreams,” Drake said.

“I wanna get four state titles yeah, that’s one of my goals.”

To do that, he has to win one this year. That’s something Drake came up just short of his freshman season.

Still, Drake has been wildly successful on the mat, and every day Dru is reminded of that.

Still, for the Ayala brothers, they’re taking it all in this last year together on the mat.

“He teaches me a lot of good stuff shows me my moves helps me get better in the room," Dru said. "I’m going to miss him next year when he’s not here,” said Dru.