Inside the NBA bubble with Georges Niang

Getting back on the court is especially meaningful for the former Iowa State Cyclone, who is looking to chase down a title with the Utah Jazz. 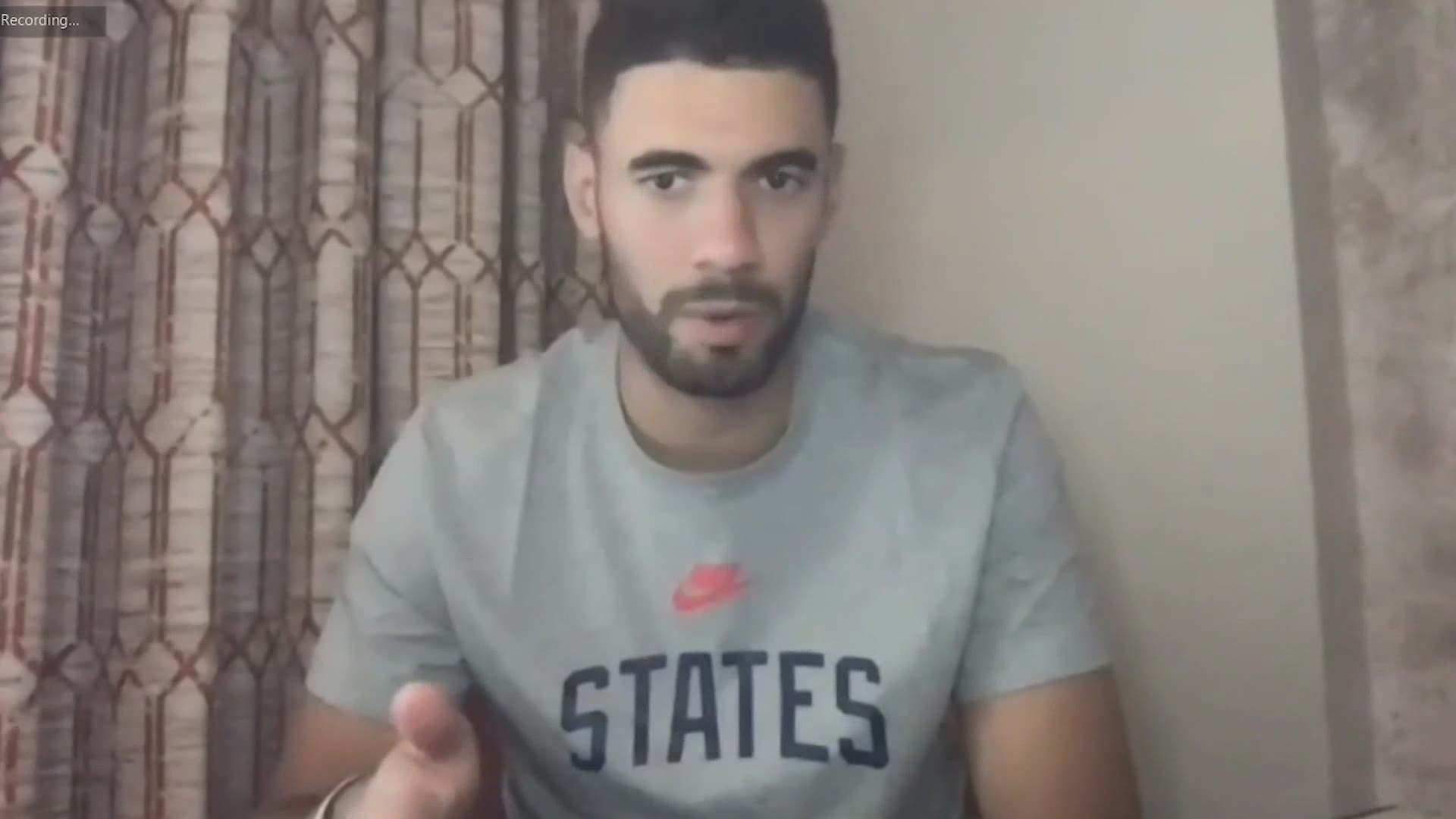 When NBA players arrived at the "bubble" at the Disney World resorts in Orlando, social media blew up with a few players complaining about the food or living situation.

But since things have quieted down as teams get ready to revive the season, Local 5 caught up with former Iowa State Cyclone and current Utah Jazz forward Georges Niang.

“The toughest thing was you know, guys had the freedom to go get what they want to a week before that and could have pizza, have chicken wings," Niang said. "But you know Disney was sending food up to our room because we had to quarantine for 48 hours ... it was a little uncomfortable.”

Life in the bubble has taken some getting used to for the NBA players, including Niang.

“We’re used to the six-star lifestyle and this you know went down to four stars.”

But after that first 48 hours, there was more to do.

Still, there are plenty of things to do in the NBA bubble.

“I try to get out and golf as much as I can. There’s fishing, I haven’t done that. There’s a pool, there’s a players lounge ... endless amenities video games, cards, UNO, ping pong," said Niang. "They’re doing a good job of really treating us right here and I’m just extremely thankful.”

The protocol players have is different though, with a lot of measures for safety's sake.

“I think the NBA has done a great job of taking precautions every step, whether that’s testing guys every day, or people wearing a mask, or staying six feet [apart]. They’ve done an amazing job and I think it was important for a lot of us to get back to that sense of normalcy.”

Credit: AP
A basketball court is shown at the ESPN Wide World of Sports complex in Kissimmee, Fla., Tuesday, July 21, 2020. The NBA's marketing motto for the restart of the season at Walt Disney World is “Whole New Game,” and in many respects, that’s very true. (AP Photo/Tim Reynolds)

Getting back on the court was especially meaningful for the former Cyclone, who is looking to chase down a title with the Utah Jazz.

“For guys like myself, I thought it was really important," Niang said. "I think it’s a good test going forward of seeing what you can do when normalcy isn’t something that is going to be there.”

As for playing basketball throughout the middle of summer?

“I haven’t played basketball, meaningful basketball in the summer, since I was in high school ... like AAU and nationals and different things like that," Niang said. "So it’s going to be exciting. It’s going to be weird you know, the more you win, the longer you stay down here. And I’m hoping I’ll be watching college football from my hotel room here.”

Niang said he ran into Matt Thomas and Marial Shayok the other day. and that one of these times they’ll have to get a Cyclones photo.