In the past, GVC students that wanted to play baseball had to play for D.M. East. This season, the Thunder have 15 players dawning the school colors on the diamond. 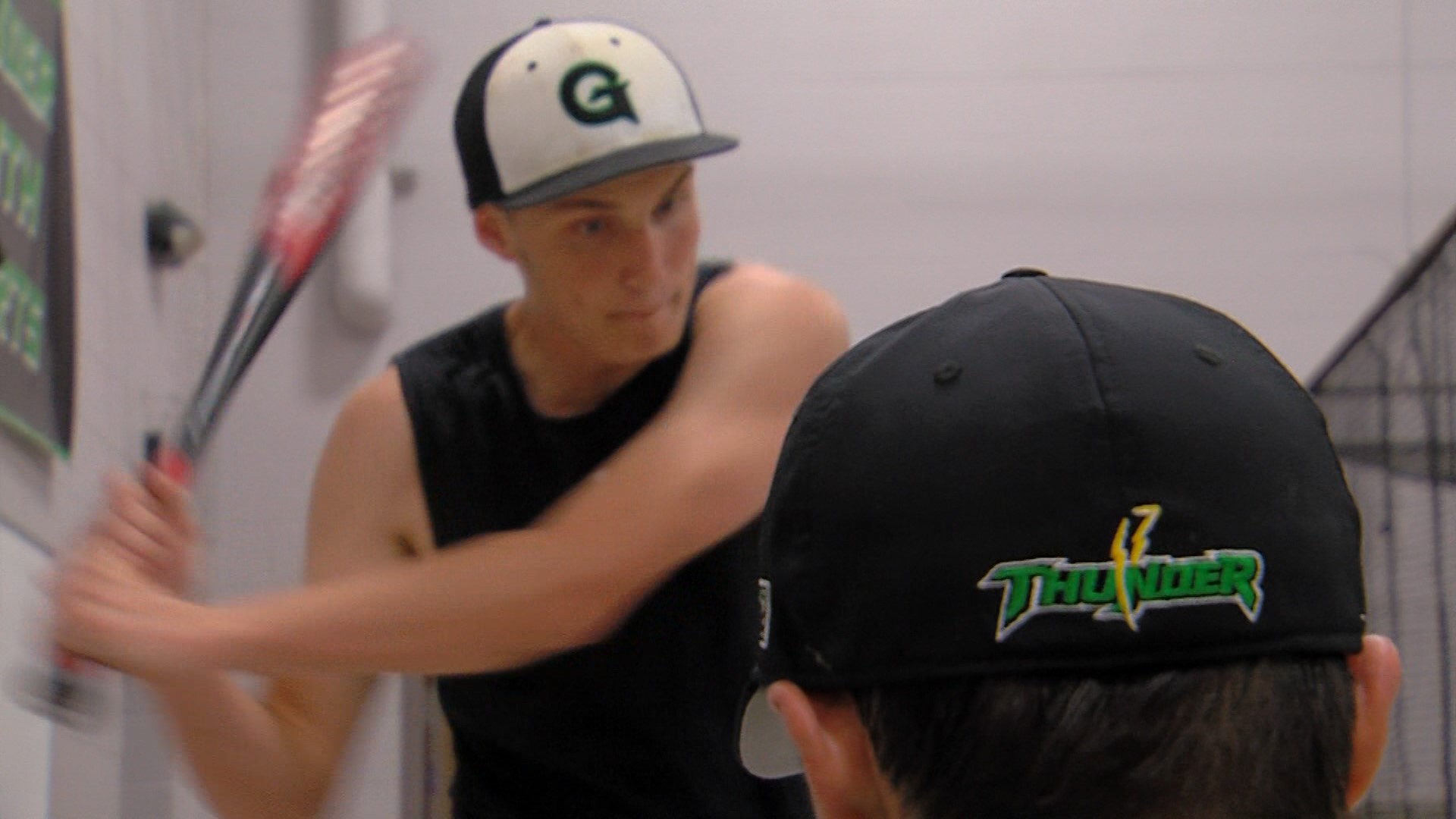 DES MOINES, Iowa — For the first time in nine years, the Grand View Christian Thunder are fielding their own baseball team.

“Yeah it's exciting it's something that's kind of been in the works the past few years,” GVC Head Coach Caleb Eloe said. "Obviously you have the challenges of finding a field to play on and all the financial problems that come with it."

Before this season, Grand View Christian students that wanted to play ball had to play for East High School.

"When I went to East I didn't really know anyone so like knowing most of the team is like a way better feeling," Everette Trim said.

Trim is the lone senior on the team, so this has been a long time coming for him.

He said, "When I was a freshman I asked if we would get a baseball team they said in two years so I was just so excited when it finally came."

It'd be safe to say this is a young team and experience among the 15 players on the roster varies quite a bit.

"You're teaching a lot of them just the basic stuff. A lot of them play club ball and play other stuff but it's a different level whenever you get to high school," Eloe said. "So just teaching them the fundamentals again."

The short bench does create some challenges, especially when it comes to pitching.

Eloe said, "You gotta have quite a few arms to play baseball, so yeah we thought we were going to be a little bit higher but we ended up at about 15."

Still, the Thunder took the field for their first game in nearly a decade earlier this week.

"It was a lot of fun, it was exciting. We didn't win. It was cool to get out there,” Eloe said.

RELATED: DC-G Boys Soccer eyes a return to state after not getting their chance in 2020

RELATED: WDM Valley Tigers boys tennis has a duo of dynamic doubles playing well off of their differences

The first hit for the Thunder came from the bat of 8th-grader and soon-to-be freshman Austin Jordan.

"I was excited," Jordan said. "I didn't know if I was going to play junior high ball or high school but I decided High school and it's been a lot of fun."

The goals for GVC in their first year back are pretty simple.

"Get more wins than the football and soccer team is one of my big goals and just improving the team as a whole," Foster-Krueger said.

"We're not so much concerned about winning and losing," Eloe told Local 5. "We want to glorify Christ and then secondly we want to get better at baseball. That's our goal this year, is first and foremost we want to become better baseball players."

Regardless of the wins and losses, these 15 players are doing something they'll be able to talk about for the rest of their lives, giving the thunder new life on the diamond.

"It means a lot because I get to start a new program help try to build it try to make it better,” Foster-Krueger said.