Grand View's men's volleyball is a melting pot of cultures, but they have bought into the same vision while chasing a second national championship. 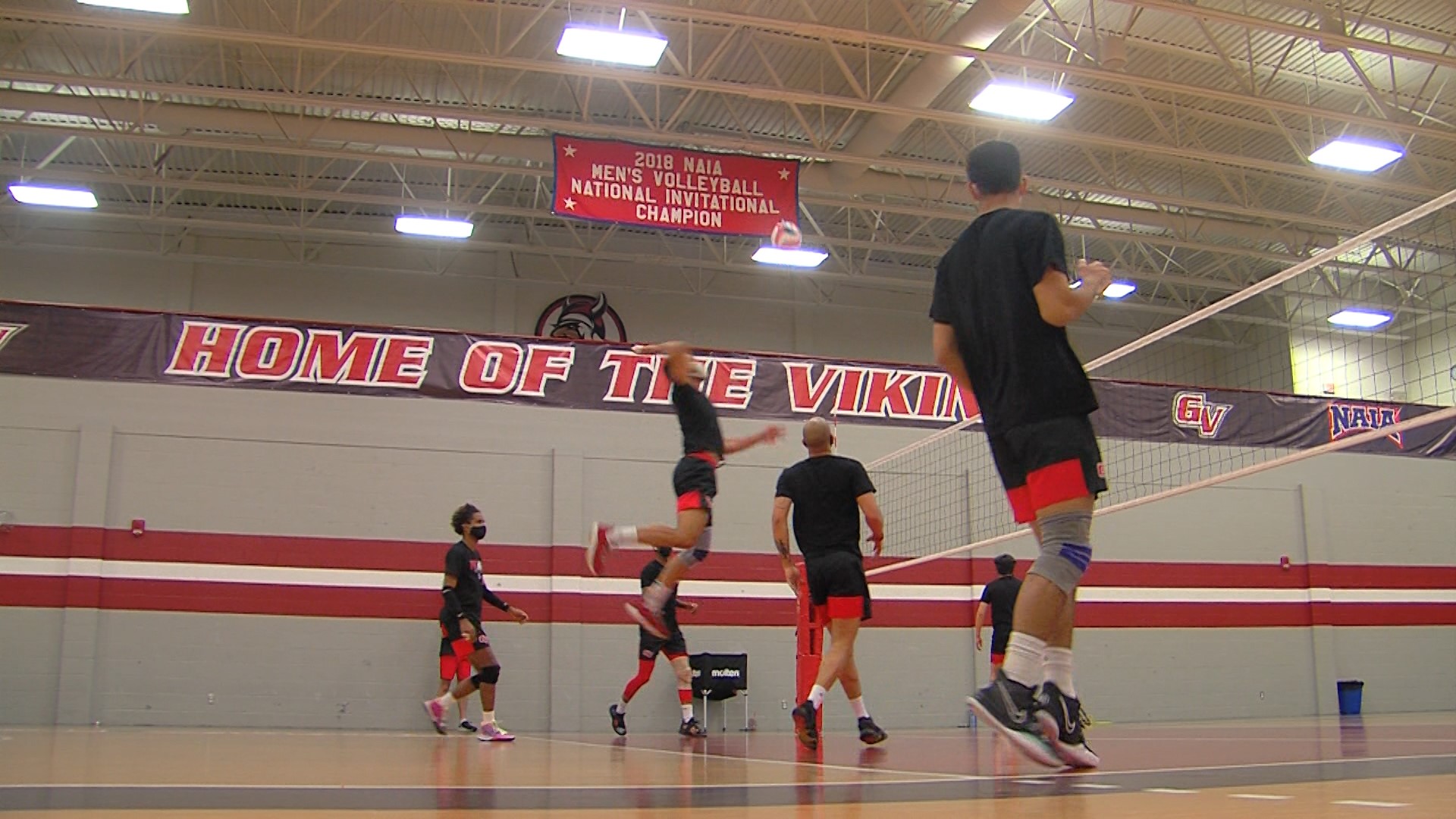 DES MOINES, Iowa — In just a couple of weeks, the best 12 teams in NAIA men’s volleyball will descend on Des Moines. Grand View University will be among them, trying to once again showcase just how much of a staple they’ve become in the sport, even in the Midwest, a place not typically known for it’s men’s volleyball.

“Des Moines Iowa, you don’t think of Des Moines Iowa as a men’s volleyball city but with the national tournament the caliber of our program I think we’re starting to get a little bit more notice now,” head coach Donan Cruz said.

Cruz has been at the helm of the Vikings program for a decade now. Every year the team has been a melting pot of cultures.

“We’ve got people from Puerto Rico, Brazil, Cuba,” said senior Raffy Polanco, who is from the Dominican Republic.

Add Italy, the Bronx, California, Hawaii, Illinois and Iowa to the mix.

“I was surprised to see how many countries we reach out to," freshman Danny Wong, a California native, said. "But it blends together quite nicely I can’t explain it to be honest.”

“That’s what is beautiful about this sport," Polanco added. "We get people from different countries, different cultures and we all get together and we all get a family. Grand View is not only about sport we are a family in the court and outside of the court."

Some have played for their home countries’ national team. Others are newer to the sport. Still, they come together as one.

That’s given Cruz’s team more depth than years past, but they’re still anchored by veteran leadership. Headlining the senior class is Felix Chapman.

“We get to kind of lay back and just watch some organic things happen between the group and a lot of that is out of his lead,” Cruz said.

Regardless who is at the forefront at any given point, the vision remains the same as they prepare for the national tournament.

“We have one mentality, game by game,” Polanco told Local 5.

That’s the Vikings’ road to a second banner.

“It’s the best 12 in the nation and we hope we get that championship," Polanco said.

“I think if we just play together as a team I don’t see why we couldn’t take it all the way,” Wong said.

“Those are realistic goals and we’re four matches away from that potentially happening and our guys are very well aware of it," Cruz concluded. "And I think we have the group that can accomplish that goal too.”