Grinnell Tigers on the prowl heading into rivalry game with Pella

It's the round of sixteen for HS Football Playoffs, and the the Grinnell Tigers will try to keep their season going against rival, Pella 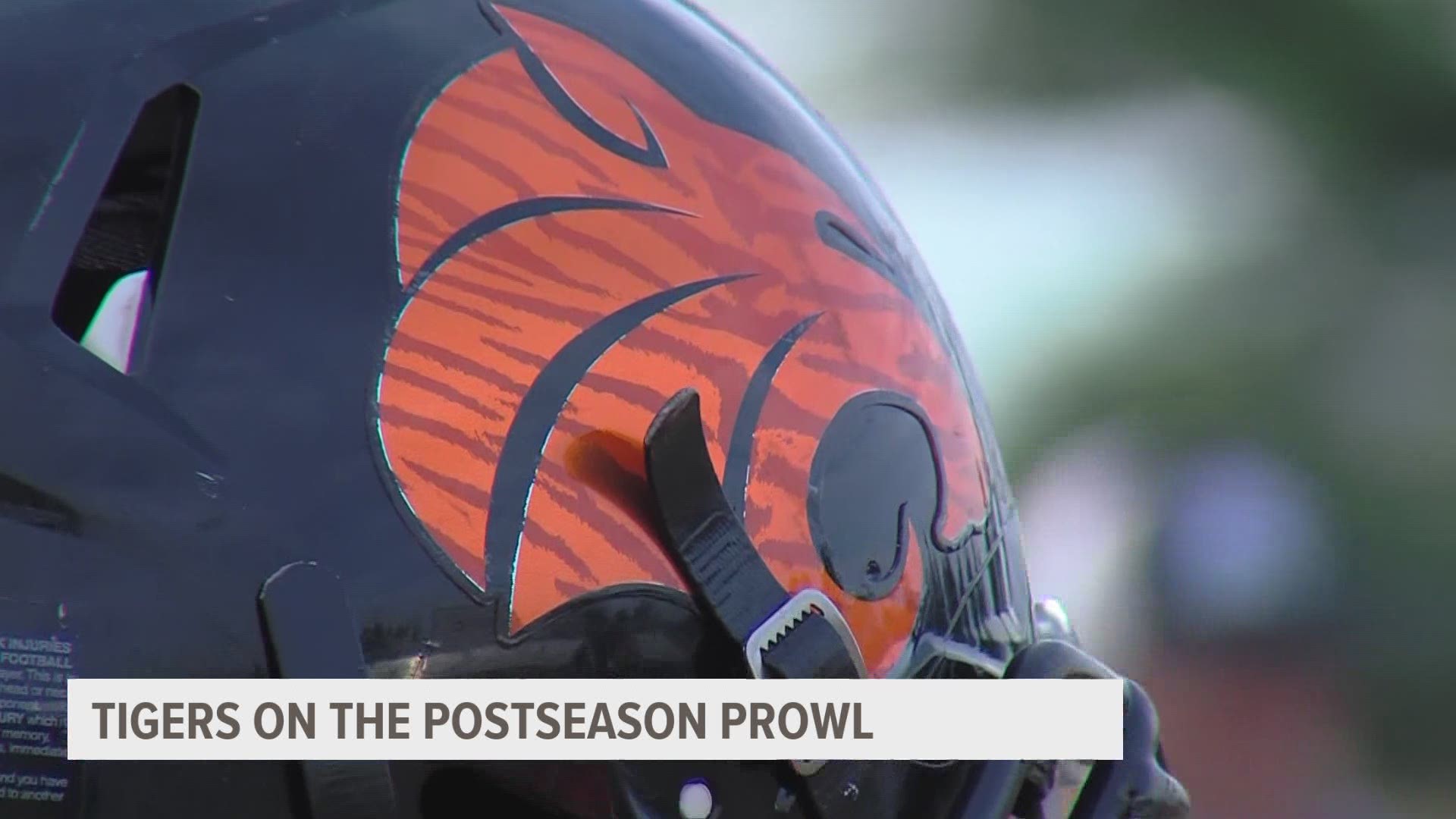 For Dodge Sauser, this senior season was something he and his dad their sights set on.

“My whole life we’ve always looked forward to when I would be in high school and playing for my dad and now it’s my last year, my last year with him, my brother is our quarterback as well so it’s my last time with both of them so it’s been really special and awesome.”

For head coach Brian Sauser, there was uncertainty if they’d even get to take the field one last time together for Grinnell.

“You know is this really not going to happen, potentially not having a season not having that last year with dodge before he goes off to play college football I could not even comprehend that.”

But here they are, two wins from a trip to the Dome, and they certainly are not ready to see this season end now, against the team that has ended it for them the past two seasons, Pella.

Tonight at 6 on @weareiowa5news: I learned just how deep the rivalry goes between the @GrinnellTigerFB and @PellaDutchFB teams. More on the Tigers coming up in a couple hours! #Local5Blitz #Local5Sports pic.twitter.com/vATM8zgZFq

And this matchup definitely has some heat between the two.

“Pella is Grinnell’s number one rival, everyone from Grinnell does not like Pella.”

That’s something the Sauser’s learned quickly, after moving in from Arkansas a couple of years ago.

“I didn’t know anything about it til we moved here and in the short time we’ve been here it’s been very obvious Pella—Grinnell is a heated rivalry.”

“We moved here after my freshman year of high school so my last two years we’ve lost.”

So a win Friday night, would mean more than most can understand.