LINCOLN, Neb. — It was a rivalry game of epic proportions at Memorial Stadium Saturday, as the Iowa Hawkeyes edged out the Nebraska Cornhuskers 27-24, winning o... 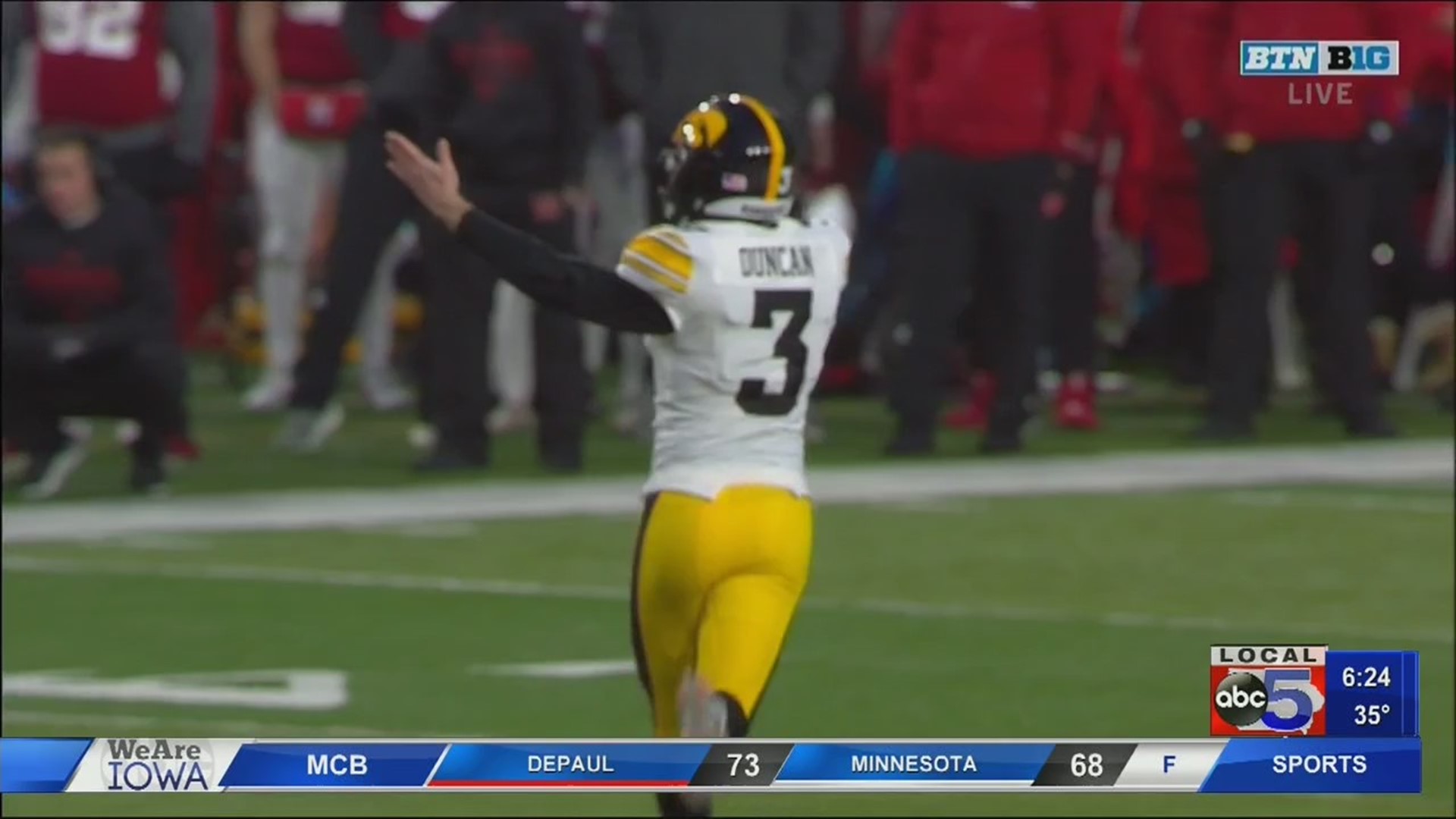 LINCOLN, Neb. — It was a rivalry game of epic proportions at Memorial Stadium Saturday, as the Iowa Hawkeyes edged out the Nebraska Cornhuskers 27-24, winning on a game-winning field goal for the second straight season.

Despite the scoreboard, the defenses dominated for most of the day. In a game where offense was otherwise hard to come by, both teams had to turn to the big play to get the job done.

Iowa got out to a 14-3 lead late in the first quarter. Their first score came on a one-play drive: a 45-yard touchdown run from Ihmir Smith-Marsette. That was sandwiched between two drives that combined for 27 yards on seven plays.

An 18-yard kick return on their next possession helped set up a 55-yard touchdown run from Tyler Goodson. A Keith Duncan field goal on the next drive would bring the lead up to 17-3.

The Huskers got their first touchdown on defense, with Nebraska’s Cam Taylor-Britt picking off Nate Stanley and taking it back 38 yards to the house.

The Hawkeyes would score immediately after that with a 95-yard kick return touchdown from Ihmir Smith-Marsette. The score was 24-10 going into halftime.

The trend would change in the third quarter, with Nebraska scoring 14 unanswered points on two straight drives totaling a combined 20 plays. This tied things up at 24 going into the fourth quarter.

The defenses both took over after that, with the two offenses combining for four straight three-and-outs. Then came crunch time.

The Hawks got the ball back with 32 seconds to go in regulation. In a tie ballgame, Nate Stanley and Co. proved their worth in clutch situations, driving down the field to get Keith Duncan in a position to kick a game-winner.

The Huskers iced Duncan twice, but that didn’t phase the NCAA-leading kicker. He would have nailed the 48-yarder from at least five yards further out, drilling it right down the middle to put the Hawkeyes up by three with a second left to go. The kick return would be for nothing, securing Iowa’s fifth straight win against Nebraska.

With the win, the Hawkeyes end out the year at 9-3 overall and 6-3 in Big Ten play. They’ll find out their postseason fate on Selection Sunday, Dec. 7.