Hawks down Illinois in final home game of the season

IOWA CITY — The Iowa Hawkeyes hadn’t lost to Illinois at Kinnick in 20 years coming into today. That trend continued, as the Hawkeyes took care of the Ill... 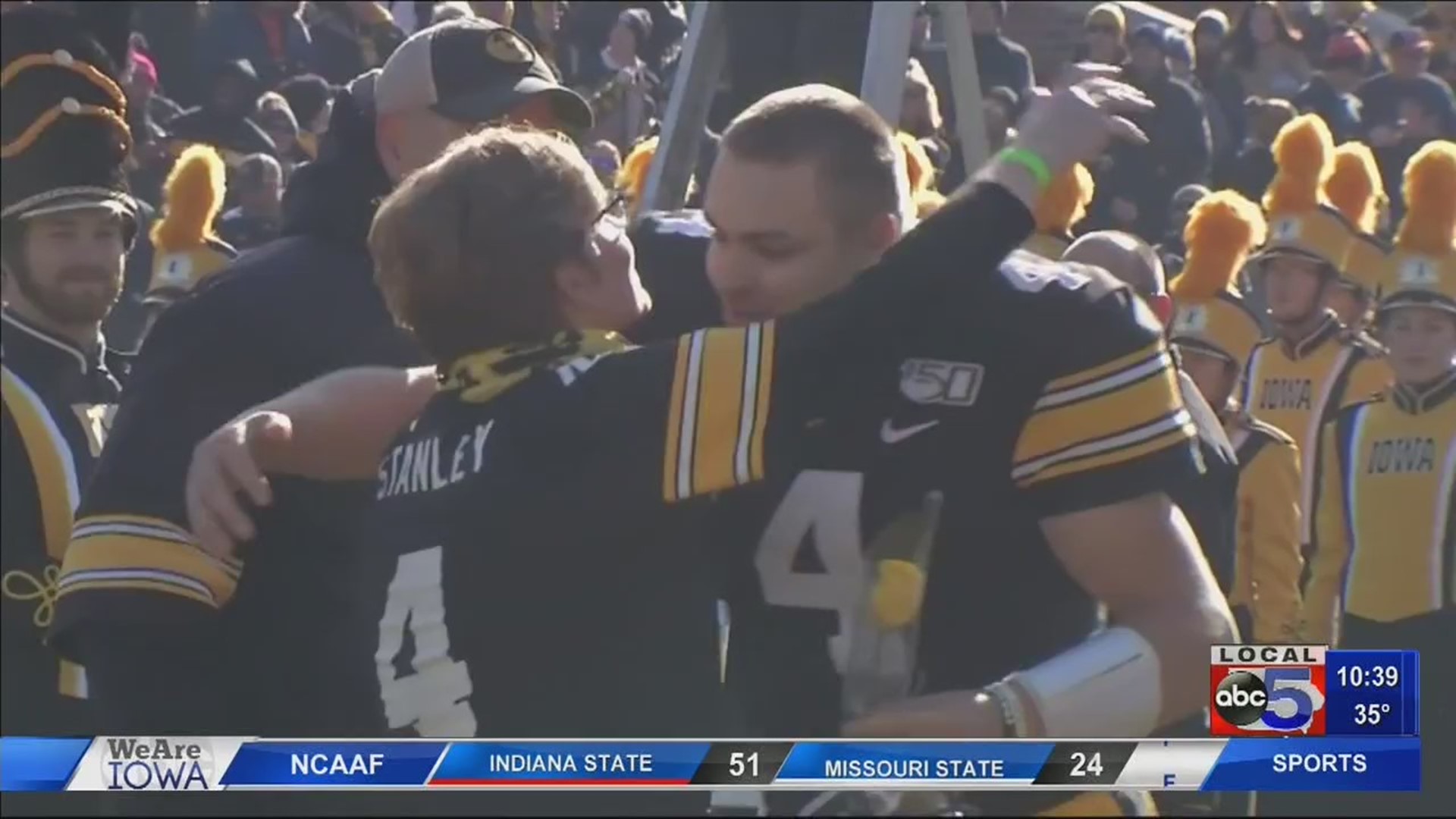 IOWA CITY — The Iowa Hawkeyes hadn’t lost to Illinois at Kinnick in 20 years coming into today. That trend continued, as the Hawkeyes took care of the Illini 19-10 to take their last home game of the year.

Iowa started the game with a touchdown, capping off the nine-play, 75-yard drive with a two-yard run to the end zone from Tyler Goodson. Illinois would tie it up later in the first quarter, and two Keith Duncan field goals would give the Hawks a 13-7 advantage going into halftime.

The second half was filled with field goals as Keith Duncan tacked two more on and moved his NCAA-leading total up to 23 field goals on the year. Illinois would kick one in the fourth quarter as well, but the defense would hold fast and keep Illinois away from range for the rest of the game.

Iowa QB Nate Stanley has seen better days stat-wise, but still tossed for 308 yards on the day. Tyler Goodson had the team’s only touchdown on top of his 58 yards rushing, adding onto his impressive and promising numbers in his first seasons as a Hawkeye.

The win moves Iowa up to 8-3 on the year and 5-3 in Big Ten play. They’ll end out their season on Black Friday when they hit the road for the annual Heroes Game against Nebraska. Kickoff is scheduled for 1:30 p.m. on FS1.