While baseball and softball teams across the state gear up for the first pitch of the season on June 15, governing bodies are working on safety protocols 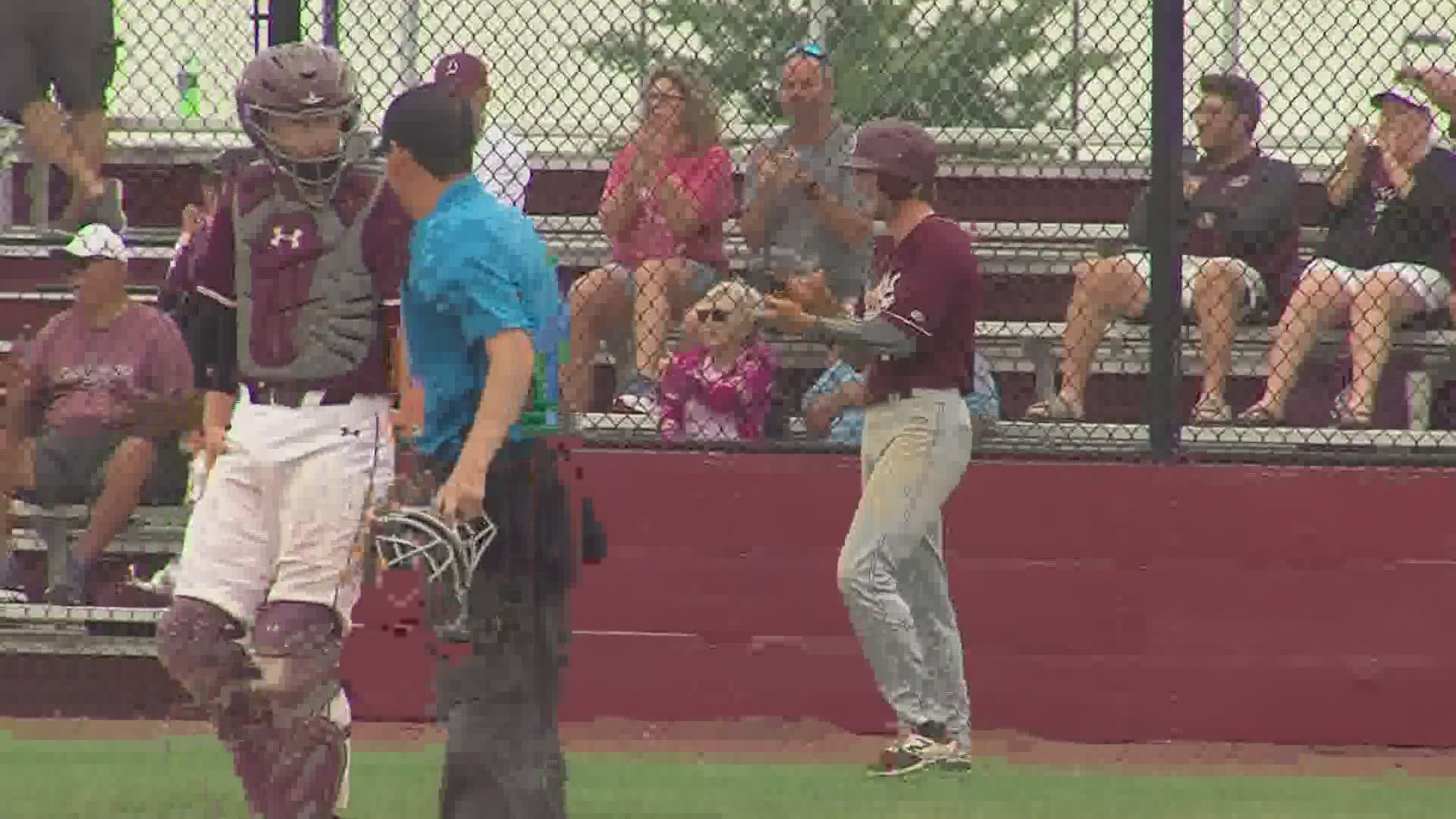 IOWA, USA — Summer sports have been given the green light. The news came as a surprise today, maybe not the decision as much as the timing.

June 1 was the expected date to have a yes or no announced for summer high school sports, but after governor Kim Reynolds’ proclamation Wednesday morning, the Iowa High School Athletic Association and the Iowa Girls Athletic Union both had work to do, eventually approving the start of the summer sports season for June first.

As you can imagine there’s a lot of excitement across the state.

“Every body is like in the chat like, let’s go heck yeah.so you know we’re all super excited.”

News spread quickly through the Dowling Baseball team, much like it did across the state. Summer sports are on.

“The first practice is going to feel like a game  we’re all just going to be excited to get out on the field for the first time again.”

But before that can happen, the IHSAA and the IGHSAU have some work to do.

“There’s quite a few adjustments just in terms of school facilities and what sports specific protocols we might have for some of the baseball teams and what we’re going to require from a safety and health standpoint.”

Whatever the boys association and girls union implement, Dave Bingham, Ankeny’s softball coach, will make happen, at least for his team.

The goal is preventing the negatives, and that’s what both governing bodies will focus on in the coming days before June first arrives.

“Even though this is a return people are going to be very excited today and tomorrow we have a lot to learn and a lot to go over in the next ten days to make sure that we’re doing things the right way and keeping our athletes and everybody associated with these programs safe.”

For someone like Bingham, there’s little trepidation when traveling to other schools.

“We’ll take every precaution. I’ll have a mask, I’ll do all of those things so I don’t think once we get to any venue that really changes anything because I think the venues are going to be safe so the travel doesn’t matter.”

He views this as a big first step and it could help with decisions in the fall and beyond.

“I think in order for us to move forward with the footballs and the volleyballs and to just start looking down the road I think that baseball and softball are a pretty good starting point in a short version.”

Scheduling now becomes the new challenge, a shorter season with less travel is likely meaning a lot of rematches.

And most of the senior athletes would agree, they just want to play ball

“This is like what we look forward to our entire high school career playing our senior year of baseball. You know it’s everybody times two the excitement is times two and even the juniors everybody is super amped you know we’re all looking forward to it.”

RELATED: Dowling Catholic's Carter Baumler keeping an eye on MLB Draft while waiting for H.S. Baseball season to get started