The team is calling it 'Bomber Stadium Tour 2020.' 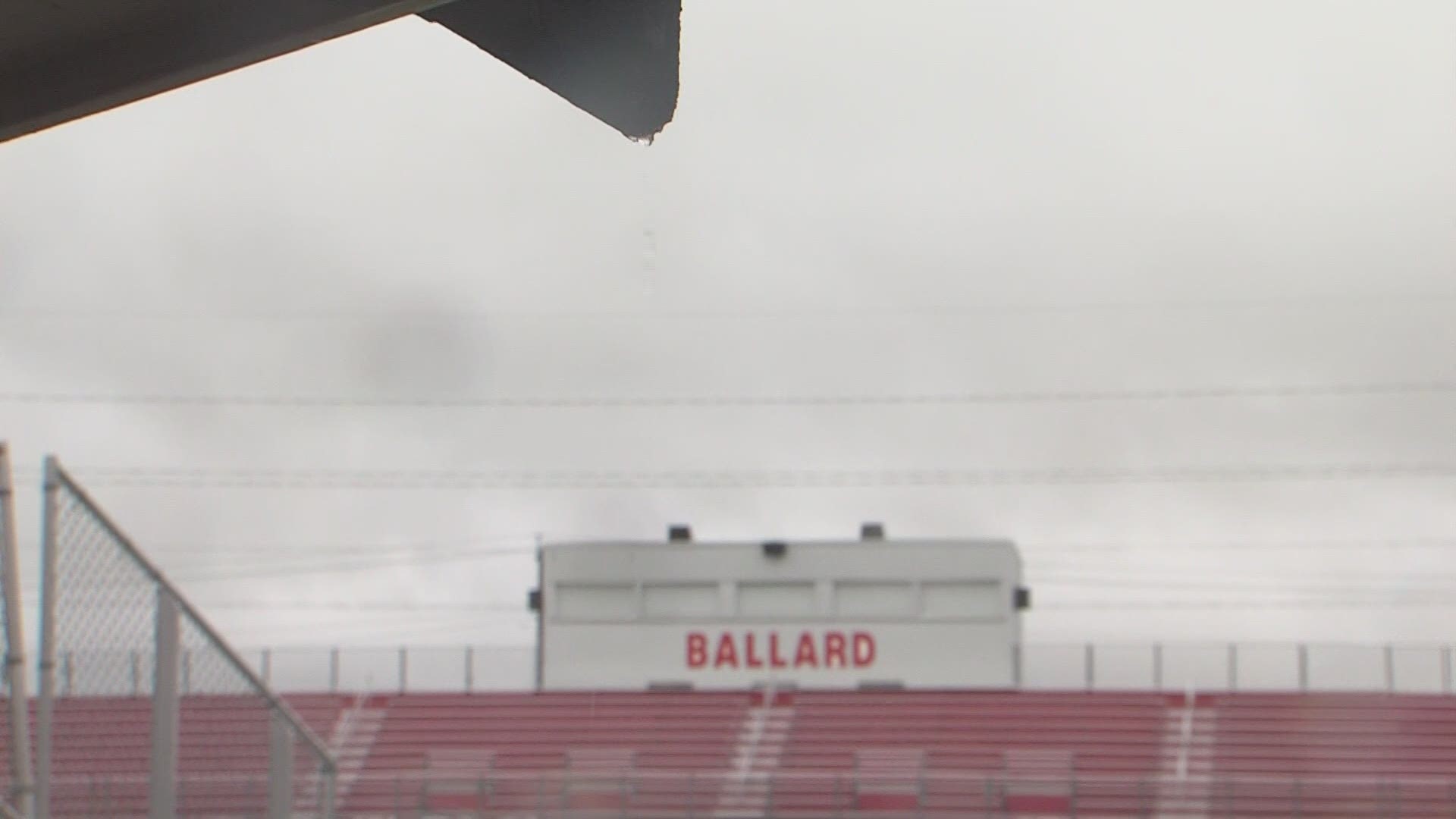 "It's just a weird feeling because you've been looking forward to it and it gets taken away from you," Ballard lineman Kale Krogh said Wednesday.

This year, there have been no fans in the stands at Ballard, no players on the field and certainly no scores on the board.

"Being a senior, we didn't get to play on our home field ever again. We played our last game last year and didn't even know it," Ballard safety Sam Petersen told Local 5.

A month ago, the derecho hit Huxley hard. The bombers stadium was damaged and is not usable this year. Instead, they play their home games on the road

"They substituted it for North Polk and Gilbert. It's still close. We can get everybody there and it's just like another game," Krogh added.

Each game at another stadium, but the Bombers offered a lesson in perspective and handling the unexpected

"Not playing in the stadium is a lot better than being ames or the des moines schools and not being able to play," senior Mason Murphy said.

That's a mentality that comes from the top down.

"We just told the guys take it week by week. Just be glad because you don't know when your last game is going to be." Vespestad said.

That mentality seems to be working. Ballard took care of North Polk and Carlisle to start the year 2-0.

"No one can really stop us unless we stop ourselves. We have a great team and a great coaching staff. The sky is the limit," senior Connor Drew told Local 5.

In a season that's already included so many twists and turns maybe the Bombers will do the unexpected.

Ballard will be in Webster City Friday night looking for their first 3-0 start since 2016.

RELATED: Should kids be allowed to trick-or-treat this year?