Jessica Kyne may only be a freshman, but she has the second fastest time in the 100 meter dash in the state. The Hoover Huskie has sights set on a state title. 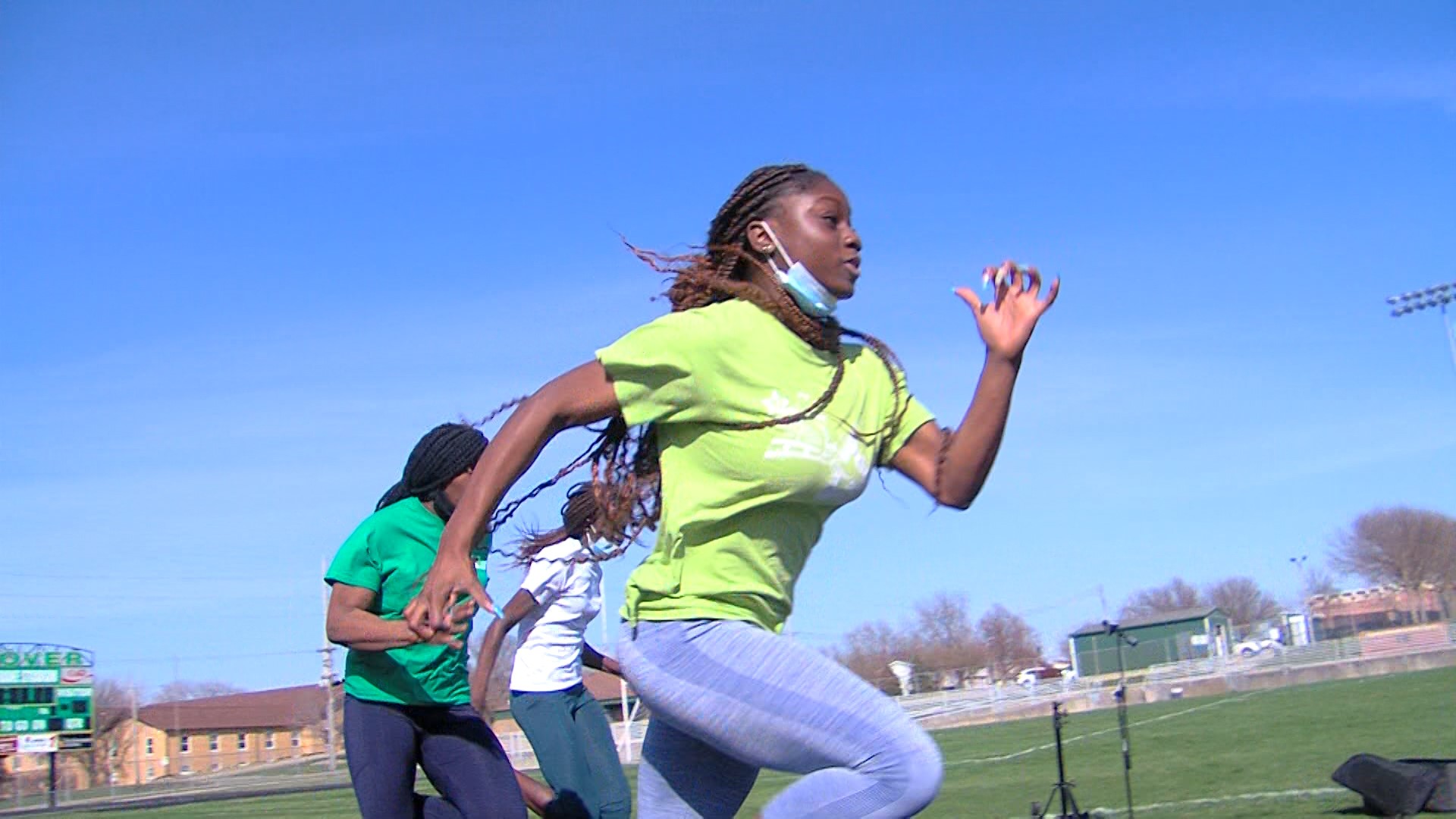 DES MOINES, Iowa — The 100 Meter dash is the most exciting race in track. It’s the fastest race at any meet.

This year there’s a young star in the making, representing the Hoover Huskies and she’s only been at it for a few years.

“Acutally it was in 5th grade at Samuelson because the 5th graders were allowed to do the Drake Relays and my PE coach, he put me in the relay and that’s when I knew I like running. Because everyone said I was fast,” said freshman, Jessica Kyne.

That was just four years ago, Jessica Kyne is now a freshman at Hoover in her first season of high school competition, lining up against girls with years more of experience.

“Yeah it’s harder, way harder… I feel like everyone’s got the same goal so it’s very intimidating to be racing a bunch of people that want the same thing as you do,” she said.

So, naturally, when she gets in the blocks she feels…

“Nervous, I get very nervous it’s very nervewracking but I try to take deep breaths to like calm myself down before I get out the blocks,” said Kyne.

But Kyne’s time with her AAU team has prepared her for this season.

She said, “It’s helped a lot especially like training in blocks and the indoor meets gave me a feel of competition.”

And she’s fired out of the blocks with the state’s second fastest time in the 100M dash.

Her main focus, getting that time down.

Kyne has her sights set on something of a larger scale as well.

“To be state champion, yeah”

Something no Hoover Huskie has ever done in the 100.

“It would mean a lot I would feel good about myself and then I would work harder to keep that title.”

RELATED: Ankeny senior Mytika Mayberry out to show she's the fastest sprinter in the state