State baseball tournament moving to Carroll and Iowa City for 2021

Tournament sites will be split for the first time in 17 years because of a scheduling conflict with Principal Park in Des Moines. 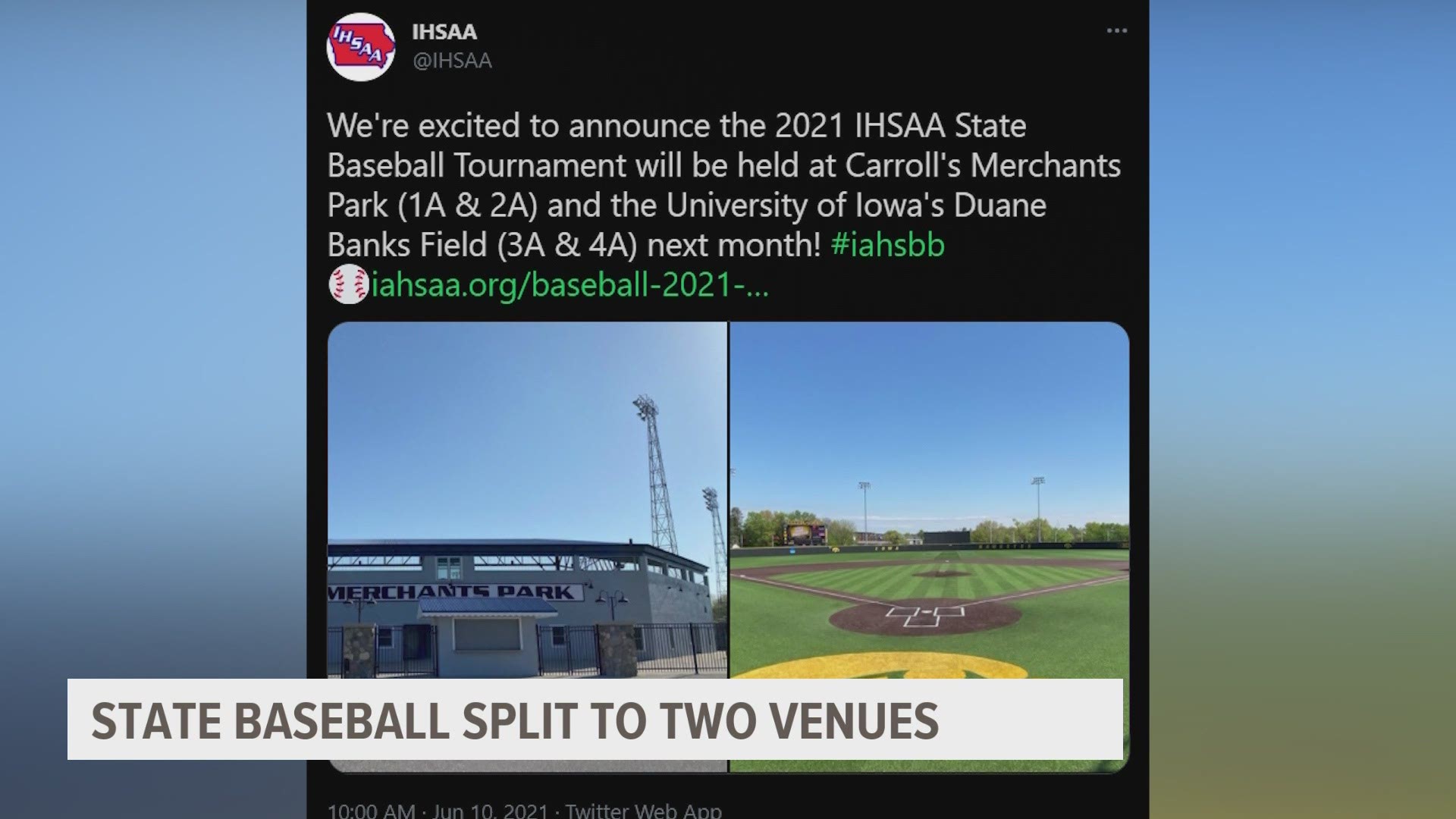 BOONE, Iowa — This summer's state baseball tournament will be split between Iowa City and Carroll.

The Iowa High School Athletic Association announced the move on Thursday, a one-year solution for now with Principal Park in Des Moines unavailable because of a schedule conflict with the Iowa Cubs.

The IHSAA has not yet determined sites or details for future state tournaments.

“The last 15 months have been filled with changes and constantly-evolving plans, and this tournament is no exception,” IHSAA executive director Tom Keating said. “We’re excited to have two high-quality hosts in Carroll and the University of Iowa where our student-athletes can make memories and compete for state championships.”

Carroll hosted the IHSAA’s Class A State Baseball Tournament in 1970 and 1973. The event returned in 1995 as the tournament transitioned to an eight-team format, with two of the four classes playing in Carroll.

Iowa City will be hosting state baseball for the first time.

Watch: Grand View Christian back on the baseball diamond after a nine-year hiatus