No. 19 Illinois upset the No. 7 Iowa Hawkeyes during the Friday night game in Champaign, Illinois. 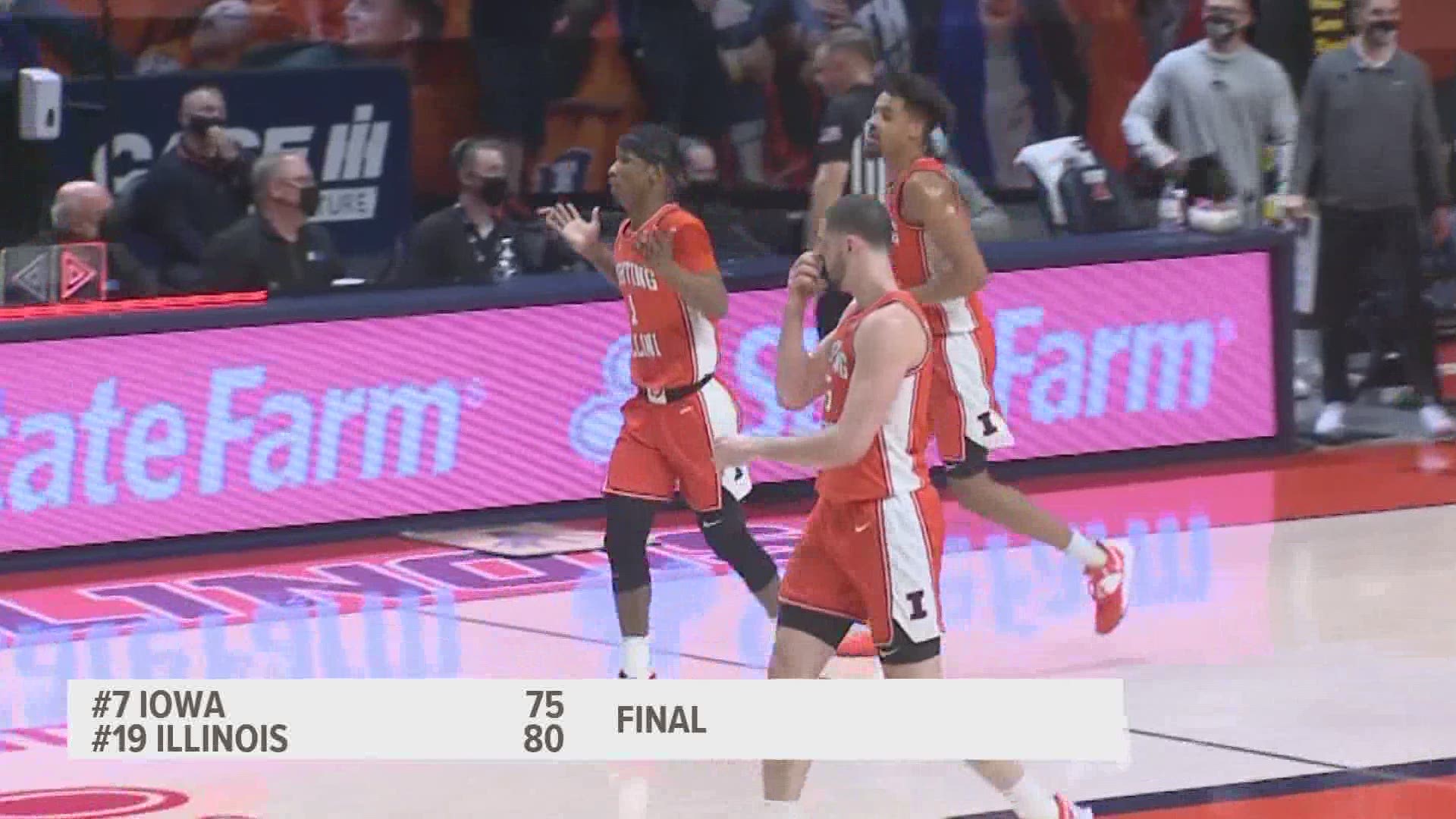 In one of the most entertaining games of the Big Ten season, the teams traded leads for most of the game. Illinois finally took command in the final two minutes but was up by only three points when Iowa’s Jordan Bohannon missed a hurried 3 pointer with 11 seconds left.

The Illini’s Kofi Cockburn was immediately fouled and missed his free throw but grabbed the rebound.

Cockburn was fouled again with 2 seconds left and sank both shots to seal the win.