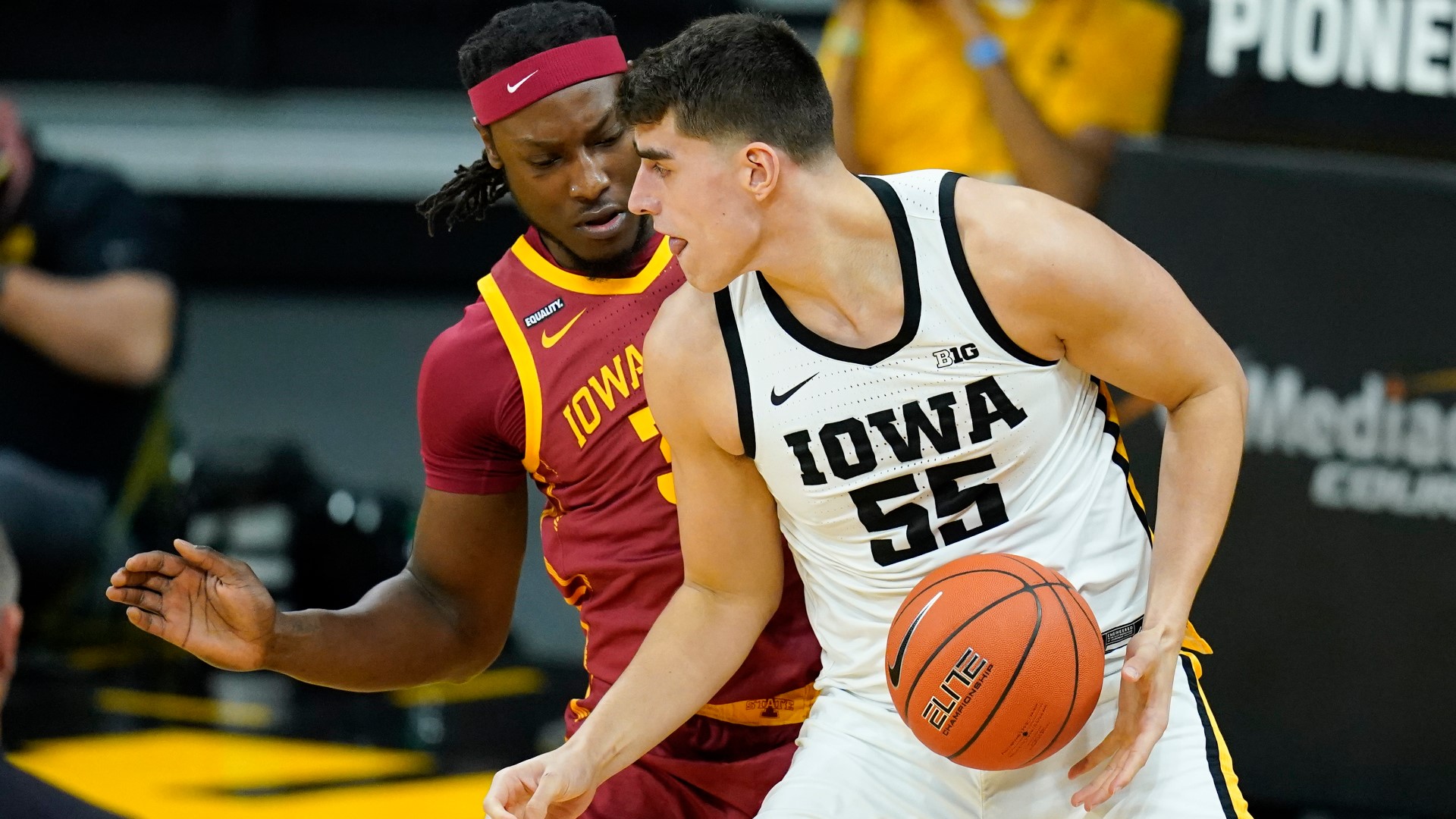 The No. 3 Iowa Hawkeyes dominated their in-state rivals Friday night, notching a 105-77 win over the Iowa State Cyclones.

Preseason All-American Luka Garza finished the game with 34 points on 13-14 shooting including 6-7 from 3-point range in just 17 minutes.

But the unbeaten Hawkeyes ended the first half with a 52-31 lead after closing strong with a 23-9 scoring streak.

Iowa showed much of the same in the second half, dropping 53 points on the Cyclones at Carver-Hawkeye Arena.