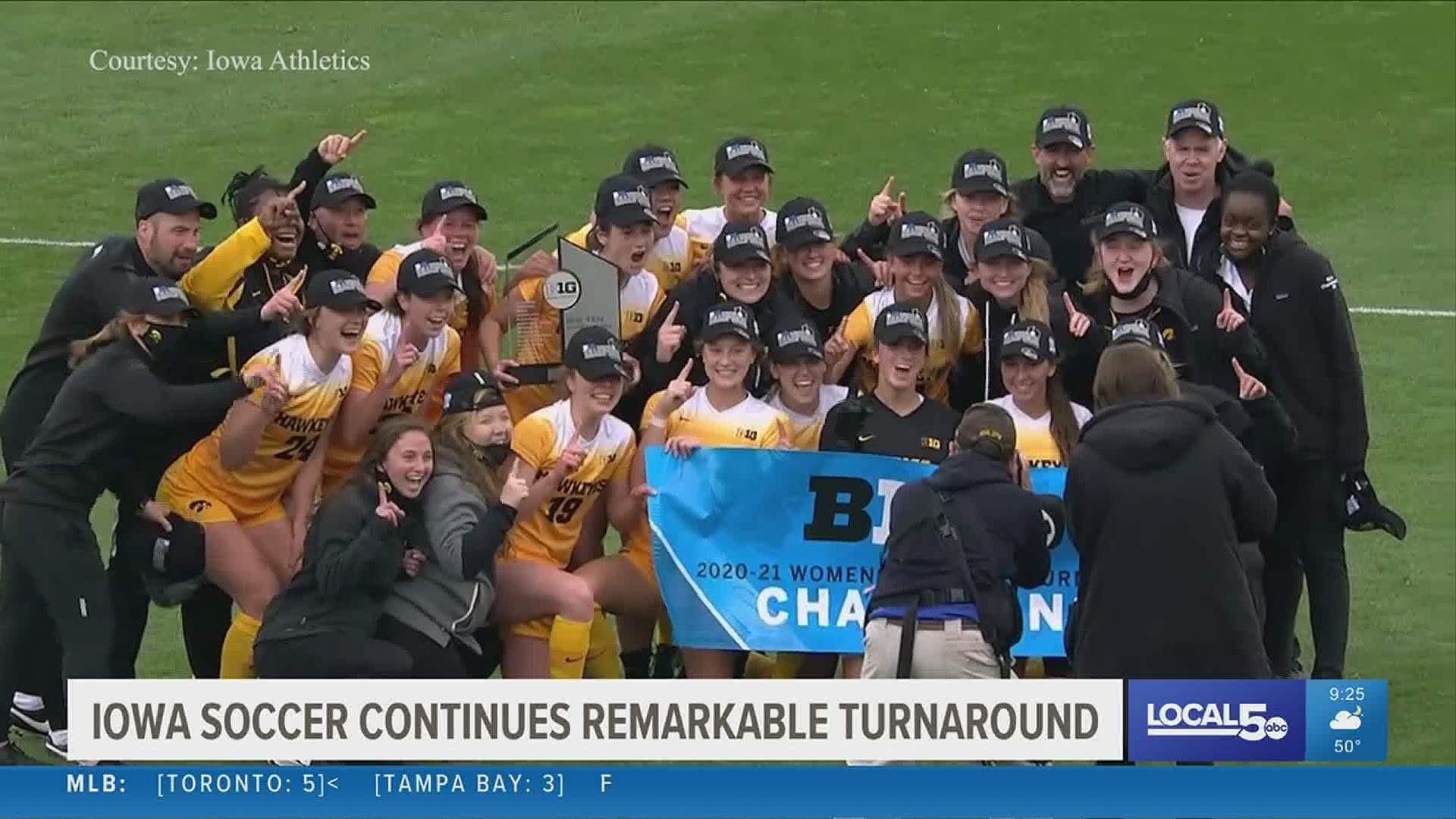 "It's just so surreal. There's so many raw emotions, any emotion that you could feel we had at once," Iowa Junior defender Sara Wheaton said.

"(It was) a whirlwind of emotions. Obviously winning the big ten tournament was something we've all dreamed of," Iowa Junior midfielder Hailey Rydberg said.

"It's just so awesome to see our name up there," Rydberg said. "I'm really happy for the team and everything we've been through together. It's awesome to see that our hard work is paying off."

But that work was a bit of a process.

"We have started gelling a lot more, so going into (the NCAA tournament) with the same mentality that we have been is really important," Rydberg said.

That mentality is what changed for the Hawkeyes.

"It's been a win or go home attitude for the last four weeks and that's why we're where we are at right now," Dilanni said.

Along the way, they beat the second, third and fourth ranked teams in the country to climb to the top of the Big Ten.

"We didn't really have a personality as a team and, as the last four weeks have gone on, we've been able to develop some of that," Dilanni said.

Now they just have to find a way to keep it rolling.

"Momentum is contagious and winning is contagious. I believe success breeds success and this group believes in themselves and I'm happy to be able to extend that for another couple of weeks," Dilanni said.

Iowa opens the NCAA tournament on April 27 against Campbell.

RELATED: Iowa Hawkeyes hitting their stride on the diamond