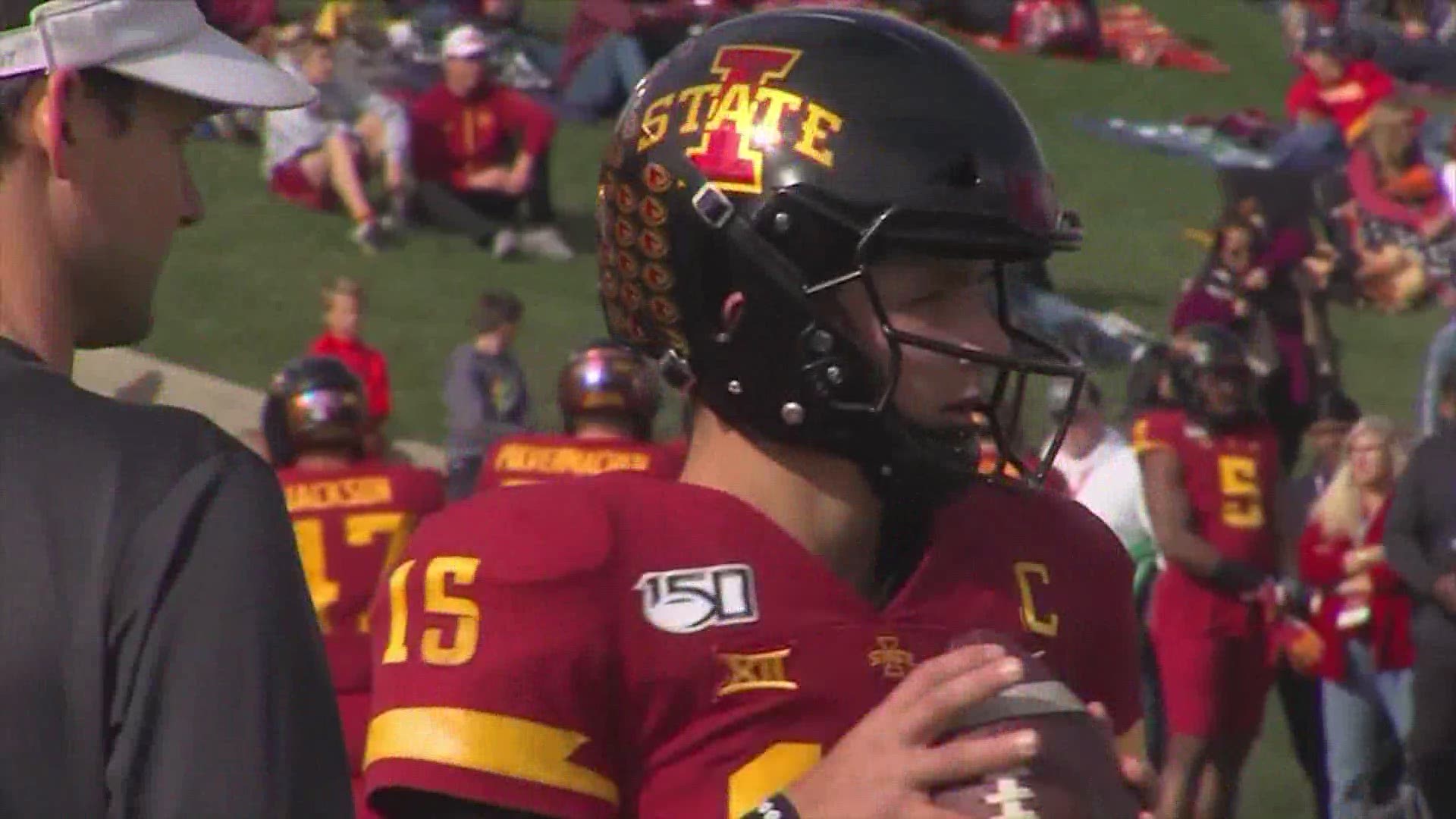 The Cyclones are four weeks into their approved training since being allowed to return to campus. But is this work now going to be rewarded with a season that starts on schedule September 5th? That’s a question that still seems to be unknown. Still, Iowa State is adjusting accordingly.

“Right now is obviously a strange time, it’s new for everybody.”

This is just another bit of adversity that Matt Campbell is having to learn to coach around.

“We can only control what we can control.It starts with a great plan," said Campbell.

That plan is rooted in safety while training and educating players on best practices away from practice. That’s easier said than done.

It’s not just coach Campbell having these talks.

“We’ve already had conversation on that with the older guys talking to the younger guys," said Iowa State Quarterback, Brock Purdy.

“Really what it comes down to is why we are here to play football and have a season. We’re just trying to preach unselfishness right now," Purdy continued.

Iowa State has seen success. There were only three positive tests in the initial covid 19 testing a month ago, and they have recovered. To this point all 106 players have been able to participate in team workouts.

But at the end of the day, will the work put in now pay off?

“As a player you question alright is all of this worth it down the road and are we going to have a season like yeah it’s real, and it’s real questions that honestly the whole team has.”

At some point football will be played...

For Matt Campbell and the Cyclones it makes little difference when that will actually happen.

“Whatever the call is going to be as far as having our season now or in the spring or if we’re not going to have one, that’ll come.”

“Anywhere, any time, any place, I think it’s kind of been our motto anyways so whatever comes our way we’ll be able to handle it.”

Iowa state is set to open the season at home against South Dakota on September 5th. They now have an open date September 12th as Iowa goes to a conference only schedule.

RELATED: With virus cases across high school baseball and softball, are fall sports in jeopardy?