AMES — Many may have considered this a gimmie game for No. 22 Iowa State. Instead, we got a show, as Iowa State put up 41 points in front of a home crowd to dow... 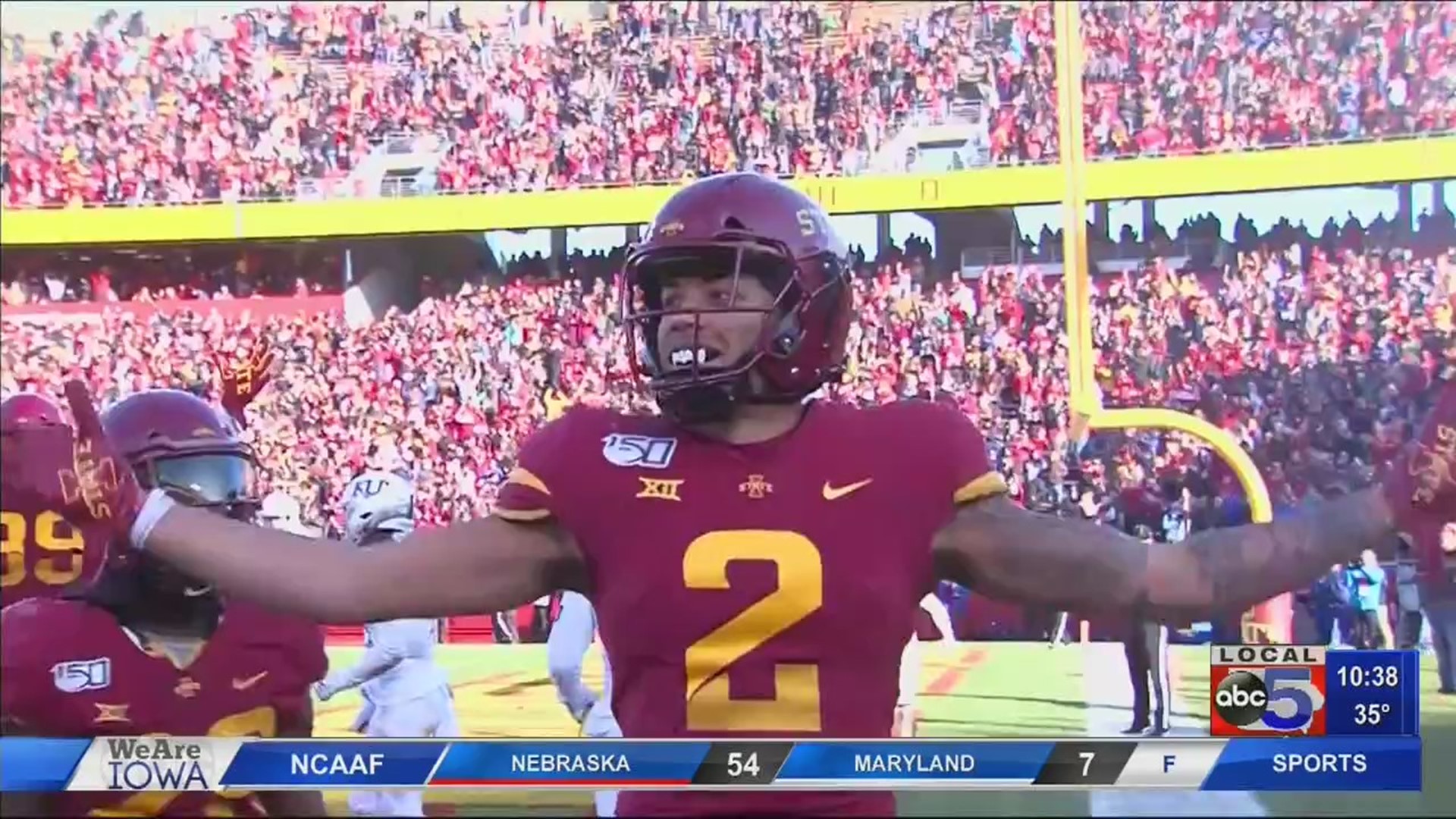 AMES — Many may have considered this a gimmie game for No. 22 Iowa State. Instead, we got a show, as Iowa State put up 41 points in front of a home crowd to down Kansas in a close one, 41-31.

The Cyclones got off to a slow start offensively, with both of their first two drives resulting in three-and-outs. Kansas would actually strike first with a field goal, but ISU would answer with a 25-yard touchdown bomb from Brock Purdy to La’Michael Pettway on the ensuing drive.

The Cyclones would maintain a lead until the closing seconds of the third quarter. They led by as much as a 21-9 deficit. But Kansas would come storming back with two straight touchdown drives, one of which coming off of Brock Purdy’s only interception of the day.

The next three drives would see touchdowns, with Kansas sandwiching an Iowa State TD with two scoring drives of their own. The score was 31-27 Kansas going into the last 10 minutes of the fourth quarter, but Iowa State wasn’t done.

The Cyclones would answer Kansas’ touchdown with a score of their own, capped off with a five-yard touchdown run from Brock Purdy. They would force a turnover on downs and tack on an insurance touchdown before the fat lady sung.

Purdy had a monster day at quarterback for the Cyclones, throwing for 372 yards and four touchdowns compared to one interception. He would also add on a TD with his legs.

Freshman running back Breece Hall continued his breakout season, rushing for 97 yards and a touchdown in Jack Trice Stadium’s final game of the year.

The win improves ISU to 7-4, 5-3 in Big 12 play. They’ll end out their season on the road against Kansas State.