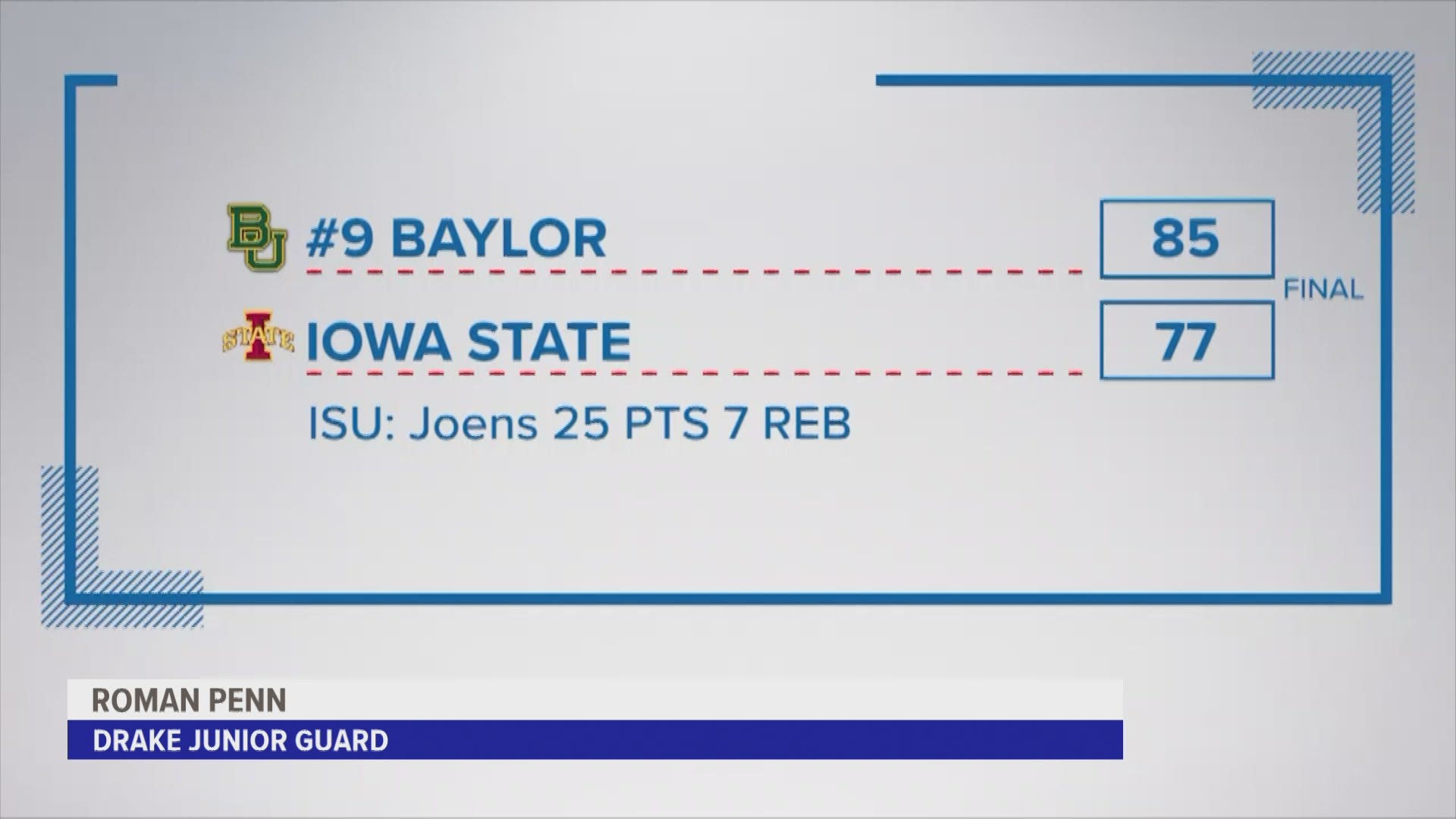 The victory keeps Baylor alone atop the Big 12 standings, while Iowa State falls two games back.

Ashley Joens led the Cyclones with 25 points. Iowa State was trying to become the first opponent in more than a decade to beat Baylor three straight times.