A week that started with 672 wrestlers concluded at Wells Fargo Arena on Saturday night. We crowned a 4-time state champion out of Centerville. 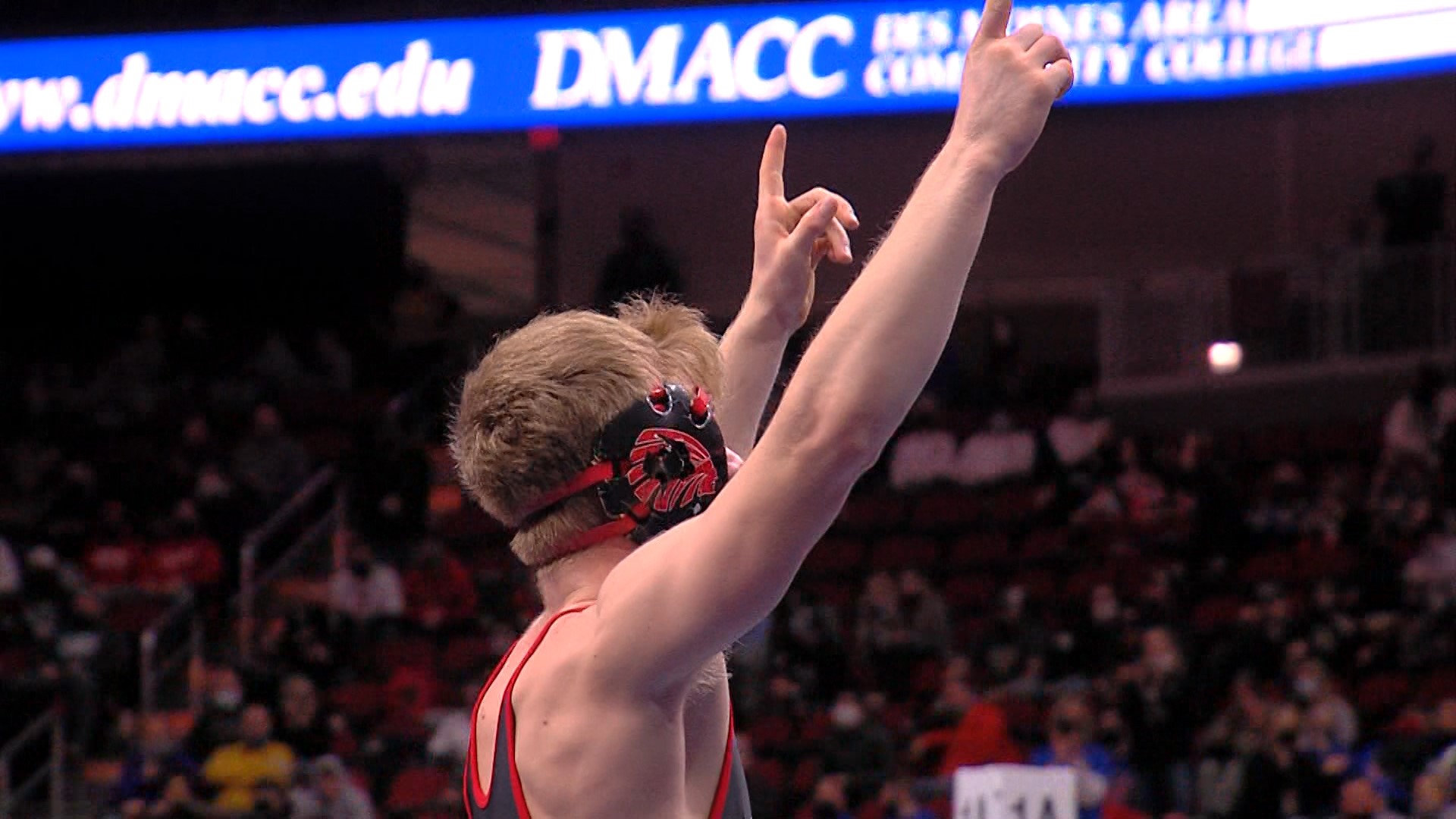 "I thank him for putting me in my place earlier this year."

After losing to Ryder Block last month, @drakeayala38 of @FDwrestling wrestled up at to 132 for the state tournament. Tonight, the future #Hawkeye beat Block by major decision for another #iahswr state title. pic.twitter.com/KfQHtES6cn

3A's 170 lbs. Champ out of @JCSD__Athletics @JWCWrestle @CalebHelgeson says it will hit him that he is a State Champ when gets what?

Tonight Matthew Lewis became just the 29th wrestler all-time to win 4 State Titles. Centerville becomes the 4th school to have multiple 4-timers in Iowa. Lewis joins @TeamSebolt! Here's a look at the reversal that put him ahead, and what his first meal will be! @weareiowa5news pic.twitter.com/o3IyYGG1B9

RELATED: State Wrestling Day 2: Finals are set after thrilling semifinals on Friday night in class 3A, 2A, and 1A

RELATED: 'They own it.' Iowa girls wrestlers get their time to shine'