The Iowa Wild had to overcome a lot of youth in a shortened AHL season. Right now, they're firing on all cylinders and hoping it's enough to make one final push. 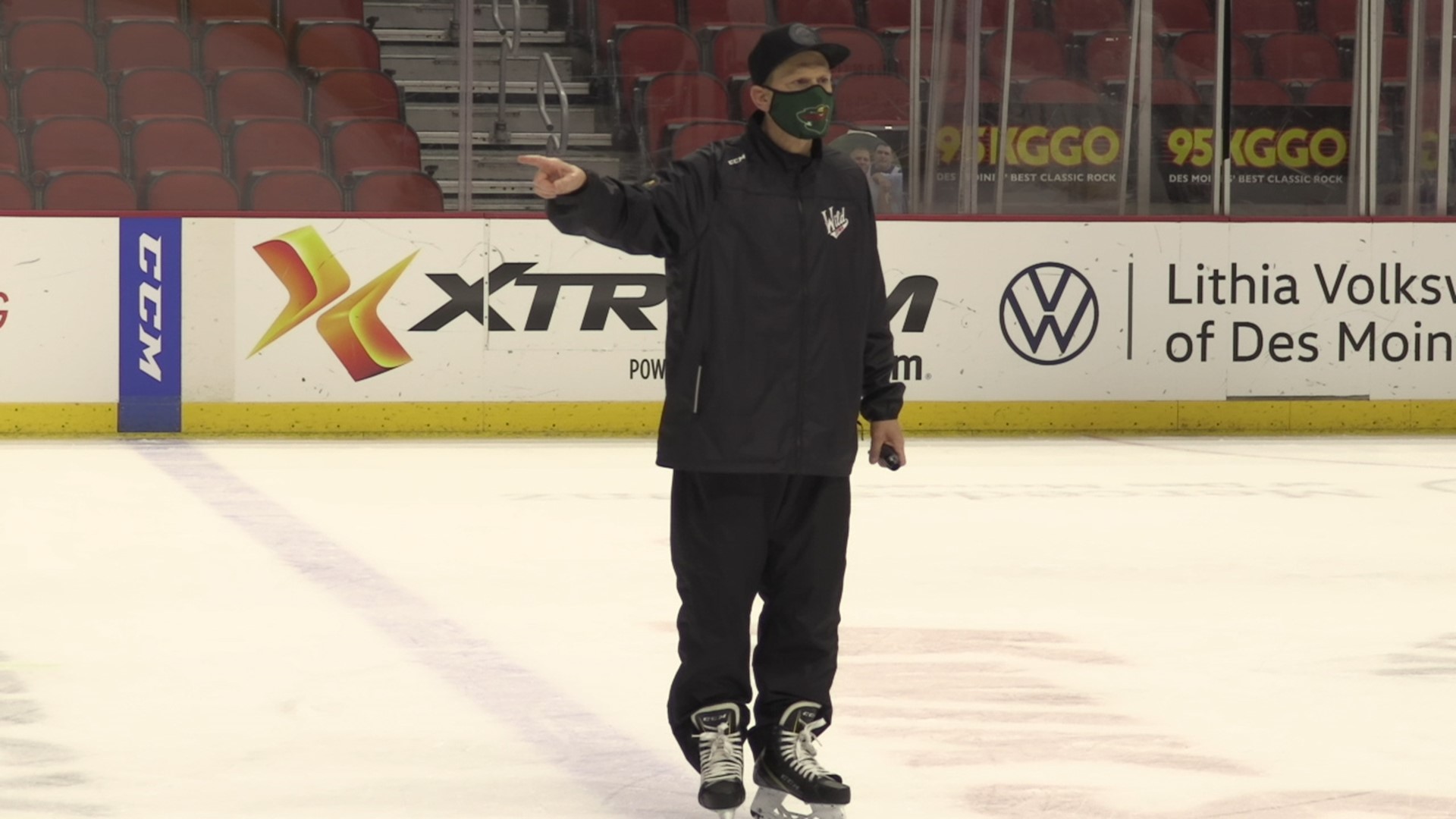 DES MOINES, Iowa — The Iowa Wild are back on the ice this weekend at Wells Fargo Arena. They’re coming in red hot, winners in four of their last five. They’re still a couple of games under .500, but a closer look and you’ll see a lot of growth out of this year’s team.

“We’ve had some moments where we haven’t played particularly, you know we’ve been sloppy," head coach Tim Army said. "But there haven’t been that many I don’t think our record necessarily reflected how we were playing."

Unlike the last couple of years, the Wild are quite a bit more youthful.

But with the start not coming until February, it was a steep learning curve for guys like rookie defenseman Calen Addison

“One of the biggest things I’ve learned this year is less is more in some circumstances and it really is sometimes," Addison said. "You try to do too much and you just get yourself in trouble where as making the right play, keep it simple and let those special plays come to you."

Some of those growing pains can be addressed with veterans like Cody McLeod and Gabrielle Dumont, who are setting the standard.

Talked with @CoachTimArmy about the season so far and finding a rhythm with a young squad. That story tonight on @weareiowa5news. Oh, and it's @masonshaw_23 bobblehead night Saturday for the @IAWild Coach Army is excited to add it to his collection! pic.twitter.com/VxM0vEgbXD

RELATED: Ankeny senior Mytika Mayberry out to show she's the fastest sprinter in the state

RELATED: Grand View Vikings showing they are a hotbed for men's volleyball as they prepare for NAIA National Championship

“The first thing they’re about is winning and performing in the lineup so that we can win hockey games not about themselves," Army added. "It’s about winning hockey games and them doing what they’re capable of doing individually and how it fits collectively to help us win games."

McLeod in particular has been someone Addison has been able to turn to at times this season, as they share some common ground both being from southwest Manitoba.

“He’s a guy you can learn a lot from hockey-wise or life-wise like you said he’s played for 16 years or whatever so he knows what to expect," Addison said. "He’s been around when you can talk to a guy like that it’s huge."

As this team has matured, the Wild are starting to get back to the form fans have come to expect, as they try to make a playoff push in the final 14 games of the season.