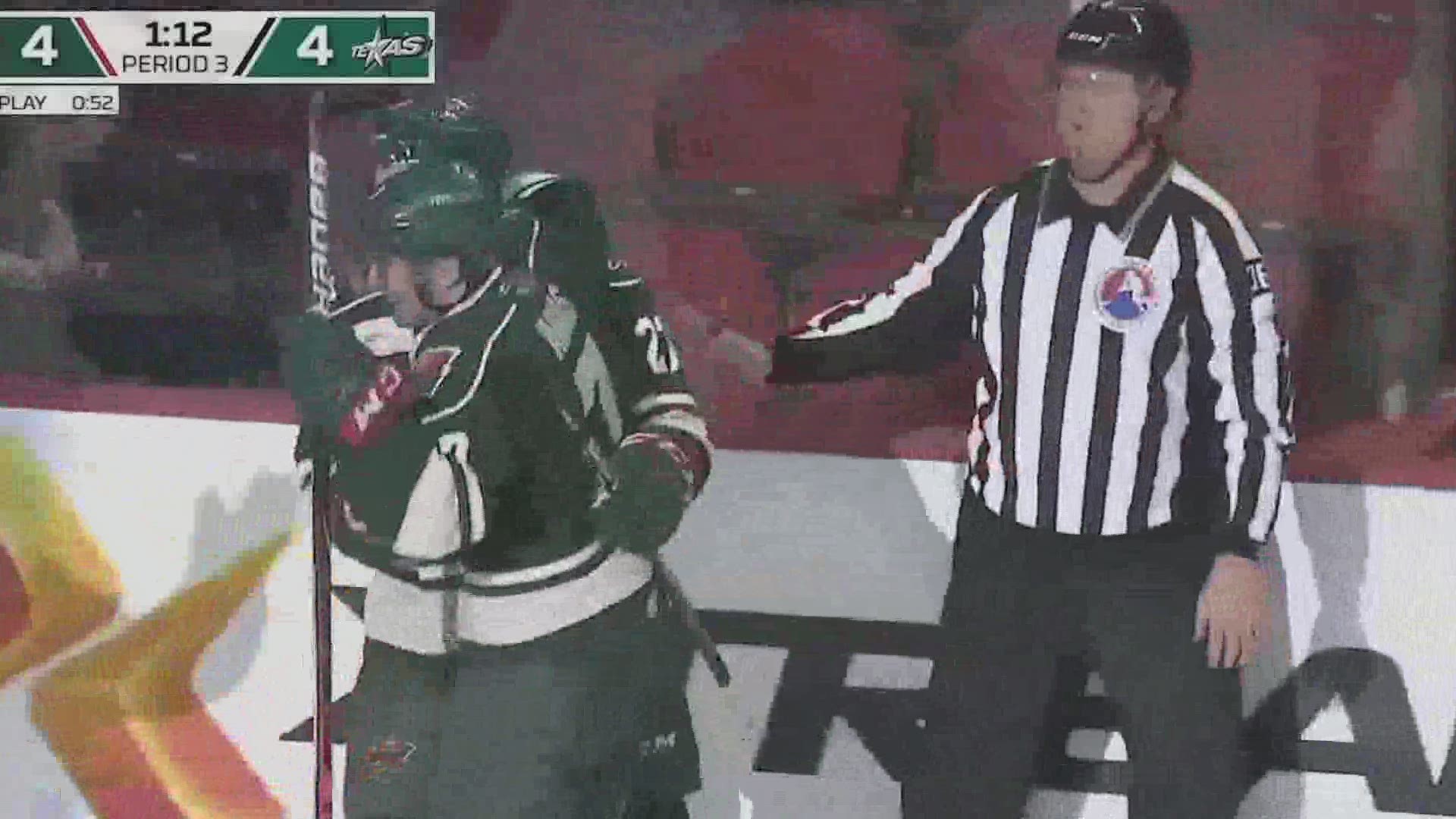 DES MOINES, Iowa — The NHL is on the verge of a return. And the details are outlined in a 21-page phase two outline that covers every aspect of mitigation the NHL can think of. Will it happen, who knows. It's encouraging. For the Iowa Wild players, the AHL won't return-but that doesn't mean their hockey season has ended.

The Iowa Wild-could not have been in a better position to make a push for the Western Conference.

"Just this year it was on another level the whole year and we wanted to go on and win the division and go on from there and in playoffs make a deep run so just kind of raised the bar and kind of a new standard for the Iowa Wild and it's good to be a part of that."

This type of season doesn't come around every year-especially for the Iowa Wild who made their playoff debut a year ago.

RELATED: Iowa Wild will face Milwaukee in the opening round of the Calder Cup Playoffs

"Just this year it just was on another level the whole year and we really wanted to win the division and then obviously go from there and in playoffs and make a deep run so just kind of raised the bar and kind of just a new standard and for the Iowa wild and it's good to be a part of that."

But that's in the past. For now, a handful of wild players are staying as ready as possible just in case the NHL makes a return-and the rosters expand.

"Just gotta do your best and just keep yourself involved and be as ready as possible whenever that happens."

Gerry Mayhew saw plenty of time up top, netting his first NHL goal this season with the Iowa Wild.

But for a guy like Sam Anas, the NHL dream has yet to be fulfilled. So being prepared for what the summer might hold-is still his primary focus.

"I think it's why we're all playing right now and why we work so hard in the summer and take care of our bodies and all that stuff is is trying to accomplish your, your lifelong goal of playing in the NHL or just doing whatever you can. And I think it keeps me motivated every day."

RELATED: Iowan, C.J. Smith, staying ready for NHL season to start back up