Jessica Heims, who was at the 2016 Rio Paralympic games, is preparing for another appearance representing Team USA. 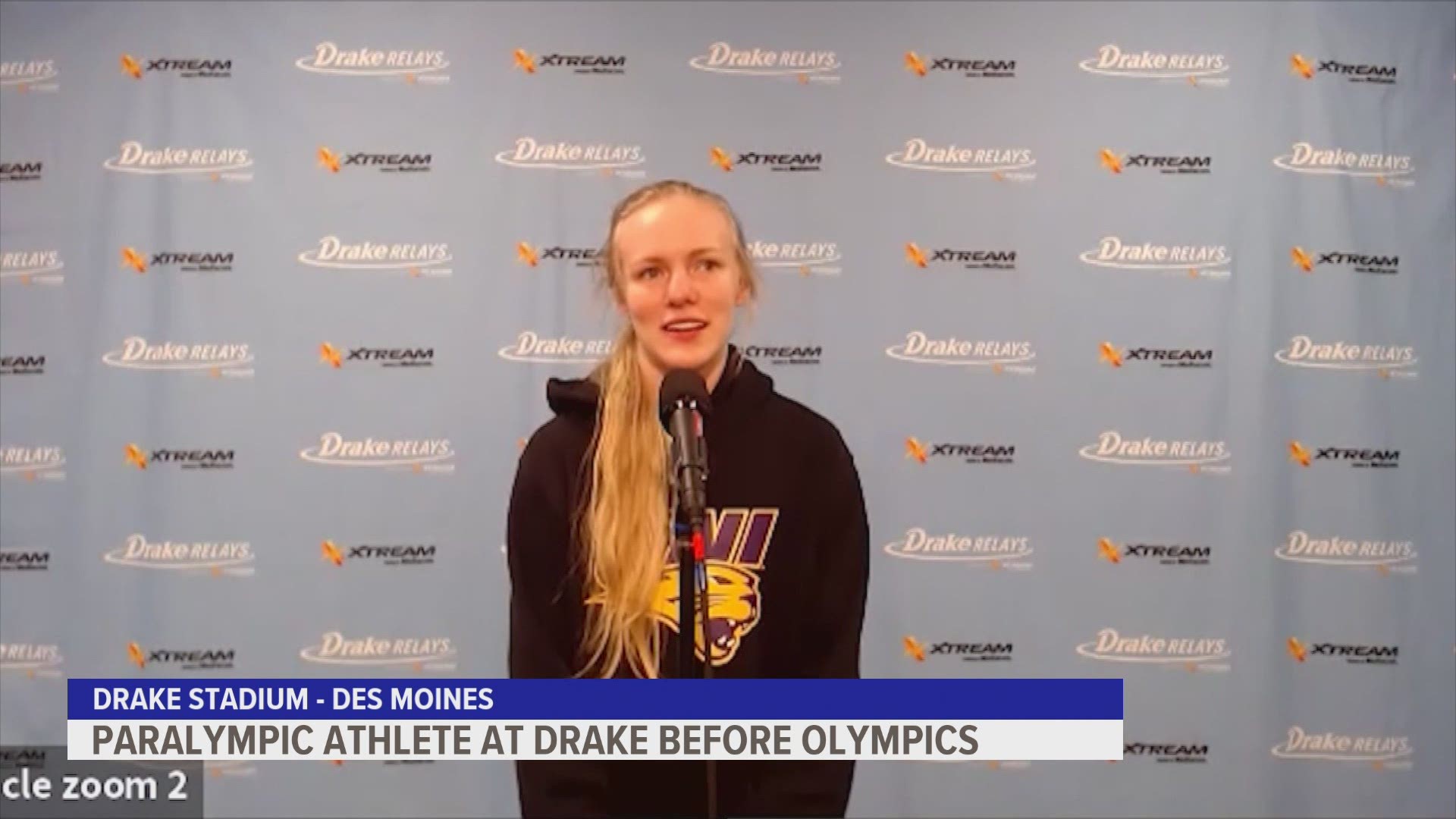 DES MOINES, Iowa — Jessica Heims' throws on Friday were not her best.

"It was an adequate set. It was solid, not anything spectacular," Heims said of her performance in the University women's discus throw at the Drake Relays. "I've been slowly improving at each meet and slowly getting back into the groove of things."

Heims' groove can be as good as any other para-athlete on the planet. In May of 2019, she set a discus world record in her category.

"A Polish woman beat mine a few months back so it's 36.53 (meter) right now, so I have a new goal now," Heims said of her previous record.

The Northern Iowa Senior competed in the 2016 Rio Paralympics as just a 17-year-old and is a multiple-time gold medal winner in international competition.

On Friday, she was back at the Drake relays.

"Now that we are finally here, it's like a good breath of fresh air. We are back, we are comfortable and it's something we've been waiting on for a very long time," Heims said.

It was especially a breath of fresh air for Heims, whose Tokyo Olympic aspirations were delayed. Her return to Drake was a milestone on the road back to normalcy.

"We've been missing the fans and the meet here (at the blue oval)," Heims said.

Now the Olympics loom with Paralympic trials coming in June and a major opportunity to follow.

"It would mean so much to me. There has been a lot of hurt in this country the last year and if there is anything the Olympics can do, it is unify and bring everyone together."