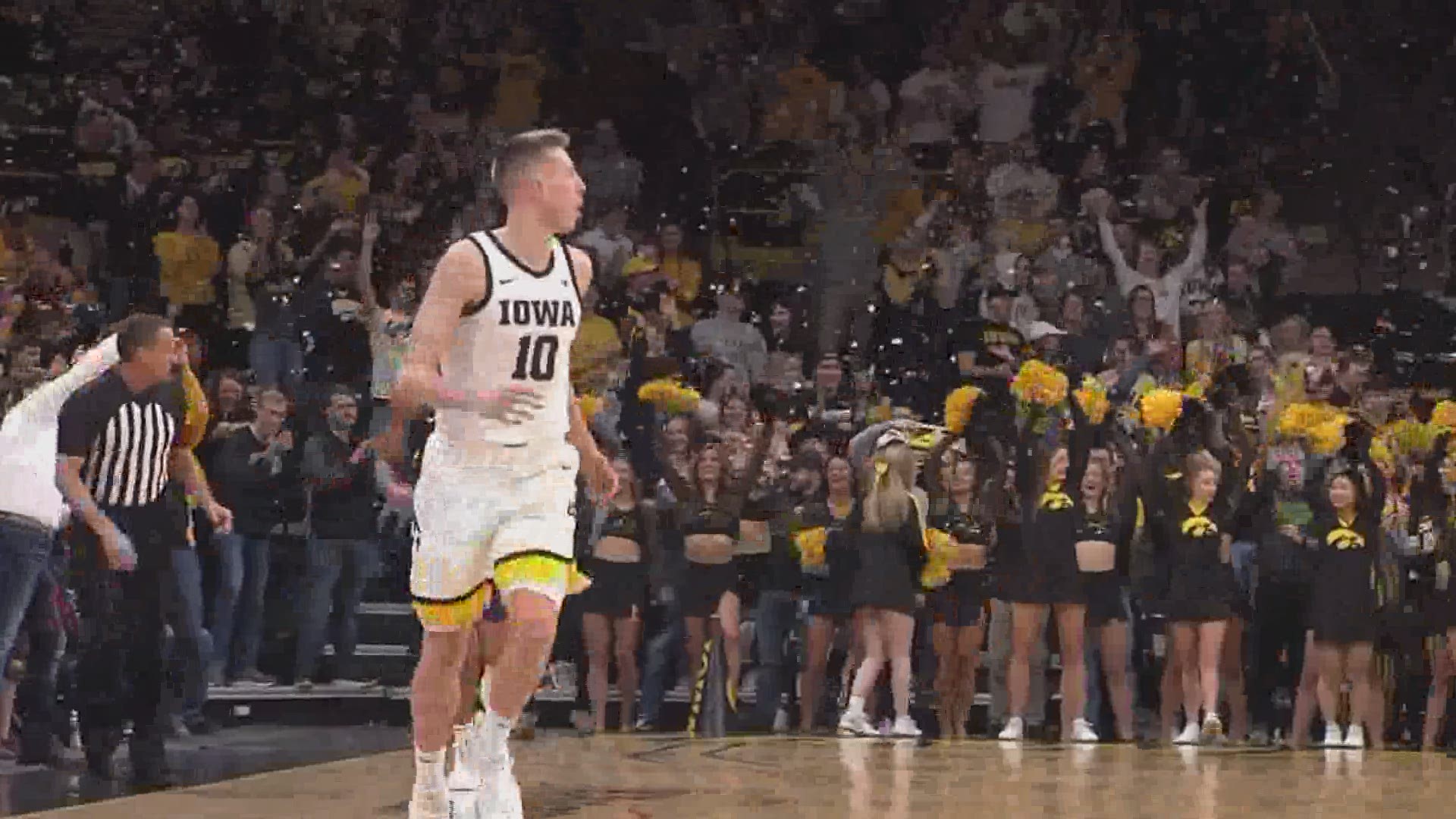 IOWA CITY, Iowa — Joe Wieskamp has been a key piece of the puzzle for the Iowa Hawkeyes. For the second year in a row, he was set to go through the draft process, and for the second year in a row, Wieskamp has decided it's best to return to Iowa City. Had it not been for the Coronavirus pandemic, Iowa could be seeing one of their best guards depart early.

“Yeah, I just decided not to just because the whole process. Knowing the NCAA hadn't changed The deadline to withdraw back yet. I know that that could be a possibility for them to do. They just like in this month span. And I don't know if there'll be any team workouts or interviews or anything like that so I just felt like it was the best decision for me to even go through the process.”

Putting the dream of being a pro basketball player on hold wasn’t easy for the soon to be junior.

“Yeah, I think it was honestly a little bit tougher decision than a lot of people might think. There was definitely some different opportunities out there had I decided to leave college and go into the professional basketball world. But it felt like coming back was the right thing for you to for me to do at this point, and to try to work my way into a first round pick this year.

That decision was influenced by one thing, this pandemic. Had it not been for the uncertainties, Wieskamp may not have returned to Carver-Hawkeye.

“100%, I think, if there would be team workouts it's definitely something I was interested in doing. But because of all the unknowns, like I said with how the process will look this year. That's why I decided this way.”

“I knew coming back would be, you know, a great opportunity. Obviously, we know that expectations there, but at the same time we're gonna have to stay locked in and focus on the guys that are in the locker room. Because at the end of the day, those are the only guys that matter.”