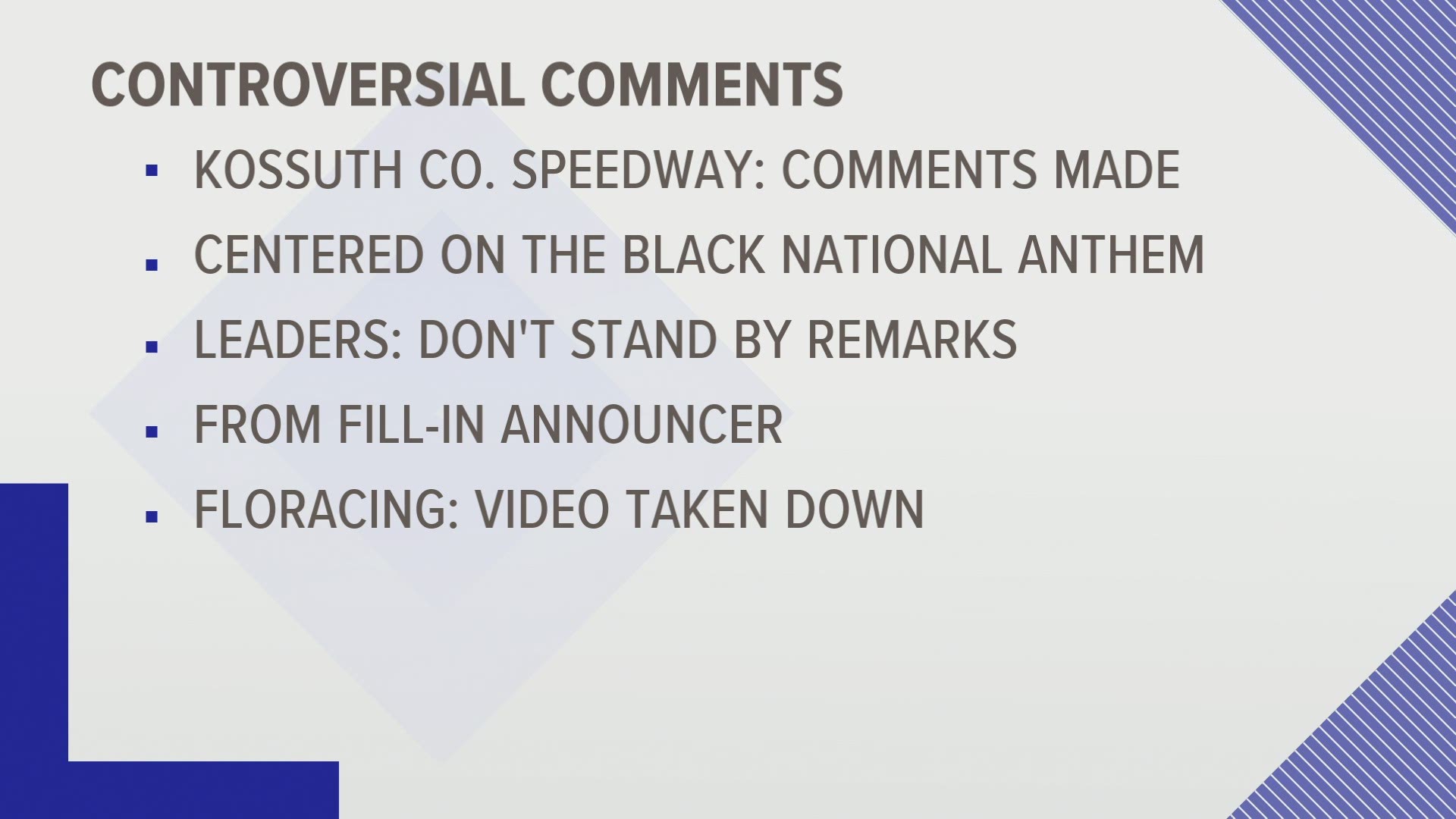 ALGONA, Iowa — The Kossuth County Speedway says it will no longer employ a fill-in announcer who made racially insensitive comments before a race on July 15.

The unidentified public address announcer made comments to the crowd regarding the National Football League possibly playing the Black national anthem before games, according to a statement.

The comment was brought to track management’s attention by a post made later on social media. Local 5 has not yet verified the authenticity of the video.

"Kossuth County Speedway and the Kossuth County Fair Board do not condone the comments made by the fill-in announcer. We do not tolerate discrimination at our racing events and welcome race fans of all color, gender, religion, and creed to join our racing family."

They also clarified the comments were not made by Chad Meyer, the usual track announcer.

"We acknowledge that though this is an isolated incident, that does not make it okay," the statement continues. "We will not comment further on this incident because there are no further comments to be made: it was not okay, and it will not be happening again. Kossuth County Speedway looks forward to proving to our fans, drivers, and crews that we can and will do better."

FloRacing, an online streaming service that broadcasted the event, issued a statement saying the video has been taken down.

"FloSports does not condone the sentiment or speech made by the announcer at the Kossuth County Speedway during the weekly racing event streamed on FloRacing on July 15," the company said in a tweet. "His opinions and language do not reflect our core values or have a place on our platform."