Lauridsen Skatepark is just a few months away from opening up and it's already getting some notice from skateboarding's biggest pro circuits. 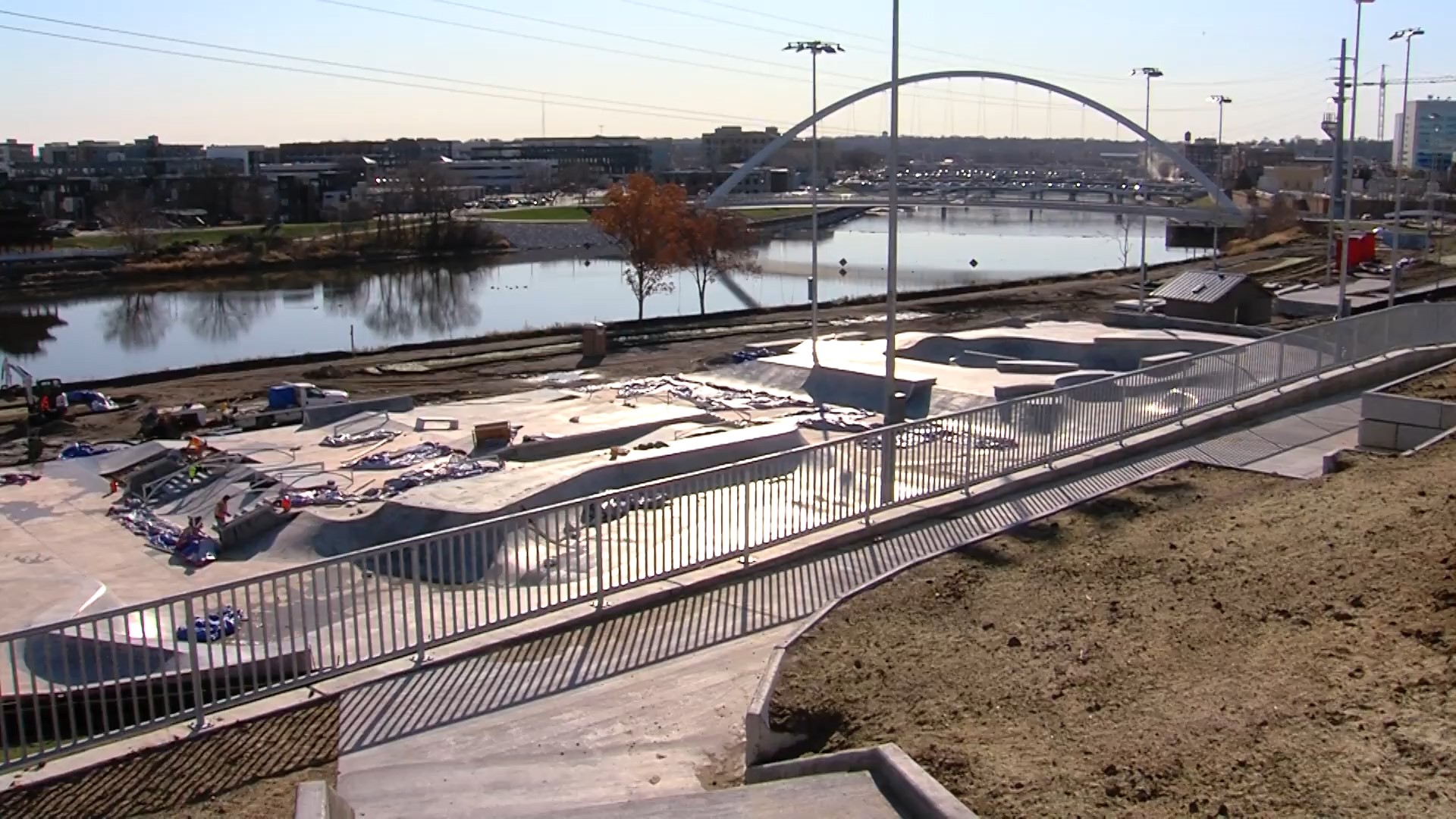 DES MOINES, Iowa — At Subsect Skateshop, a topic that comes up regularly is something owner Kevin Jones has been working hard at for awhile.

“This new one I would say has been about 15 years,” said Jones.

The goal was just to get something a little larger for skateboarders in town.

“We were just trying to get a skate park for kids you know kind of a standard little bit of everything," Jones said.

But small dreams turned into bigger ones quickly.

“Just turned into as more people got involved, let’s shoot for the stars."

“We will have the largest skate park in the country,” President & CEO of Catch Des Moines Greg Edwards said.

“I always knew we had a great skate scene," Jones said. "You know it’s a rad city but never once did I thought I mean it sounds crazy when you look at it."

It’s even getting the eyes of some of the sports’ biggest circuits.

“We’ve talked to [Dew Tour] and we talked to a lot of other organizations," Edwards said.

"hey’re excited to see our park once it opens I think there’s going to be great potential they have a lot of interest—in looking at some future events for us."

If Des Moines does land an event like Dew Tour, Jones is sure it would attract a crowd.

“I think we’re more appreciative because we don’t get things like that," he said. "So when we do get those things the people come out for it it’s good and I think a lot is going to come."

But that's down the road. For now, the focus is getting the park opened, slated for May 22.

When that day comes,  Jones will be there.

The grand opening of the Lauridsen Skatepark is set for May 22, 2021! #skatedsmhttps://t.co/KQlTsN3EKR

“You may see this old guy with a tear in his eye,” he said.

And then hit the pavement.