Luka Garza went to work on the mental side of his game as much as the physical side before his junior season. It paid off big for Hawkeyes' forward. 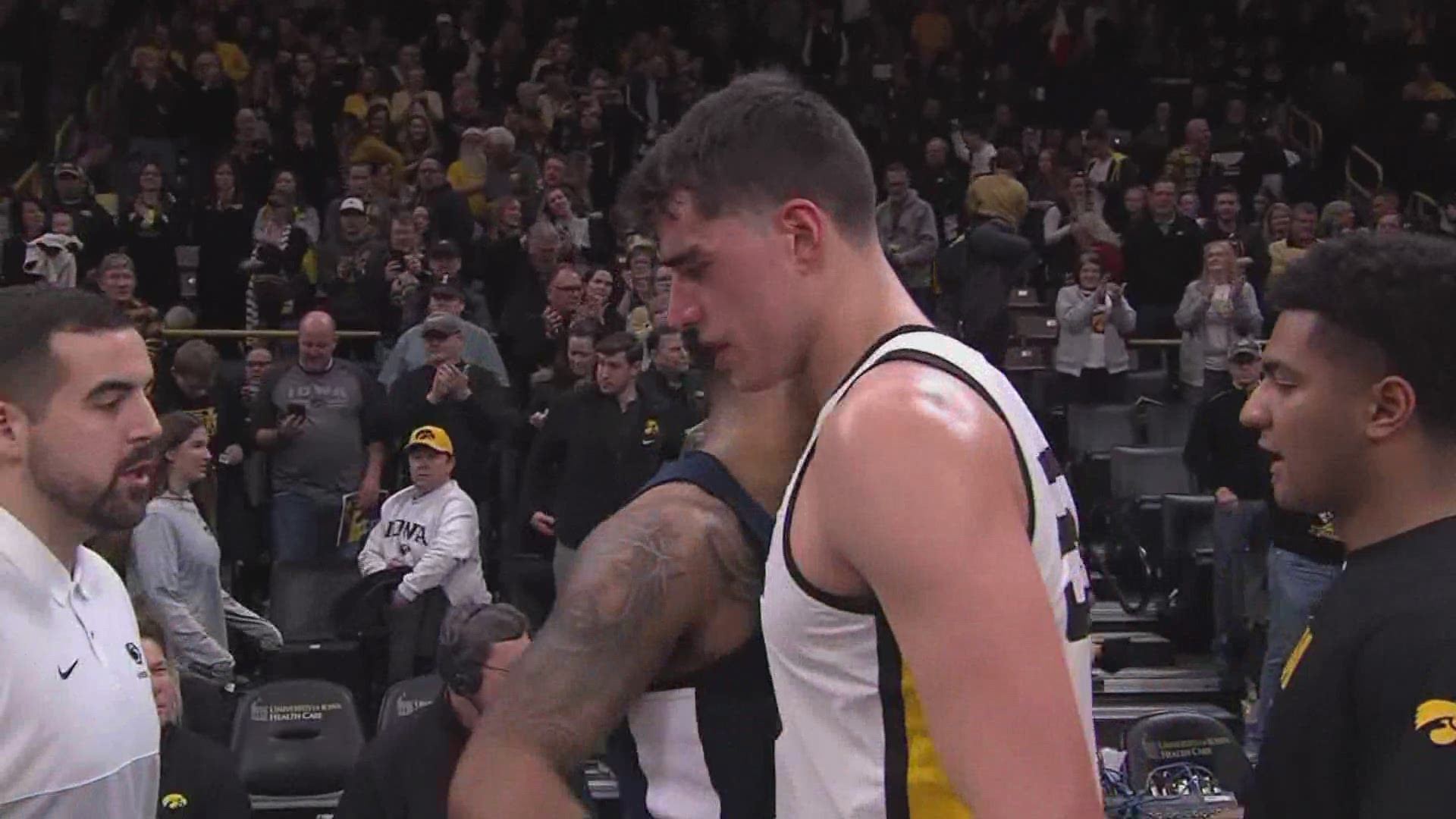 IOWA CITY, Iowa — “I think this was up there for the main reasons I was able to have the transition I did into a better player”

To understand the leap forward Luka Garza’s career took last year- you actually have to go back to his second season as a Hawkeye.

“A couple times in my sophomore career I had a really good stretch, four straight 20 point games then I followed that up with one of the worst stretches in my basketball career.”

The problem was just as much mental as it was physical.

“It was something I struggled with was the performance anxiety of the game.”

After an inconsistent sophomore season,

"I kind of got to a point after my sophomore year I was just like, why can't every game"

Garza went to work the summer leading up to his junior season. Not just on shooting, conditioning, and ball skills, but training for the inner-game as well.

“I just went to my dad and I was like, you know, my dad's always been big on visualization which I've always done. And I said, "Dad, like I kind of want to take this to the next level I don't know what that what that means if I have to. You know, whatever the case might be." And you know. So we started looking at options and you know we'd always done you know breathing meditation, just off and on, and my dad always pushed that on me and so we started to do that you know once the season started again and that was really helping”

Garza found a rhythm early, but still had some ups and downs. Then, right before the Michigan game in Ann Arbor, Luka made another call.

“I texted my dad and asked him if I could do a group meditation with him and his business partner, GuruGanesha who is a Sikh obviously he does meditation every single day it’s just a part of his life. So I asked to do that I was just like I want to try this, I think this would work and obviously the game I had it definitely worked and I think we did it every game after that.”

It helped Garza push aside his anxiety on the court, freeing up his mind and his game.

So the routine became fairly simple

“I do a meditation and visualization before every game.”

The two are different. Visualization allows Luka to see his success before it happens

“I literally close my eyes and envision the game through my eyes playing and where I’m going to score what I’m going to do, how I’m going to feel what are my emotions going to be like and you know it’s something I’ve been doing since I was really young.”

Something instilled him by his father, Frank.

“It's not something like you know you do it you're guaranteed to put better but it's, it's something that in a routine and you're more present it definitely helps you know when you're when you're at that moment, you feel like you've been there before.”

But to go with that inner-game, Garza has an inherent work ethic. Fine tuning the mental game went with fine tuning the physical part of basketball as well. It’s the physical presence on the court that has him getting NBA interest, but once again it will be the inner-game that helps him with his decision, whether that be to stay in the NBA draft or return to Iowa City for his senior season.

“I think it's definitely going to help me tremendously is something that you know when I'm getting down to making a decision, you know, which I'm not really close to right now. But when I did to a point, and I think this is through meditation and through visualization, you know, and everything and it's always a part of my daily routine This is what's gonna help me. And everything's gonna, you know, become clear.”

Frank Garza has a program called "Elevate" that helps athletes train to visualize. Here is the link to that program. https://sportshood.net/

RELATED: Luka Garza 'not close' to making decision on NBA or returning to the Iowa Hawkeyes