The Iowa Hawkeyes' All-American still has meetings lined up with NBA teams, then will make a decision on his future. 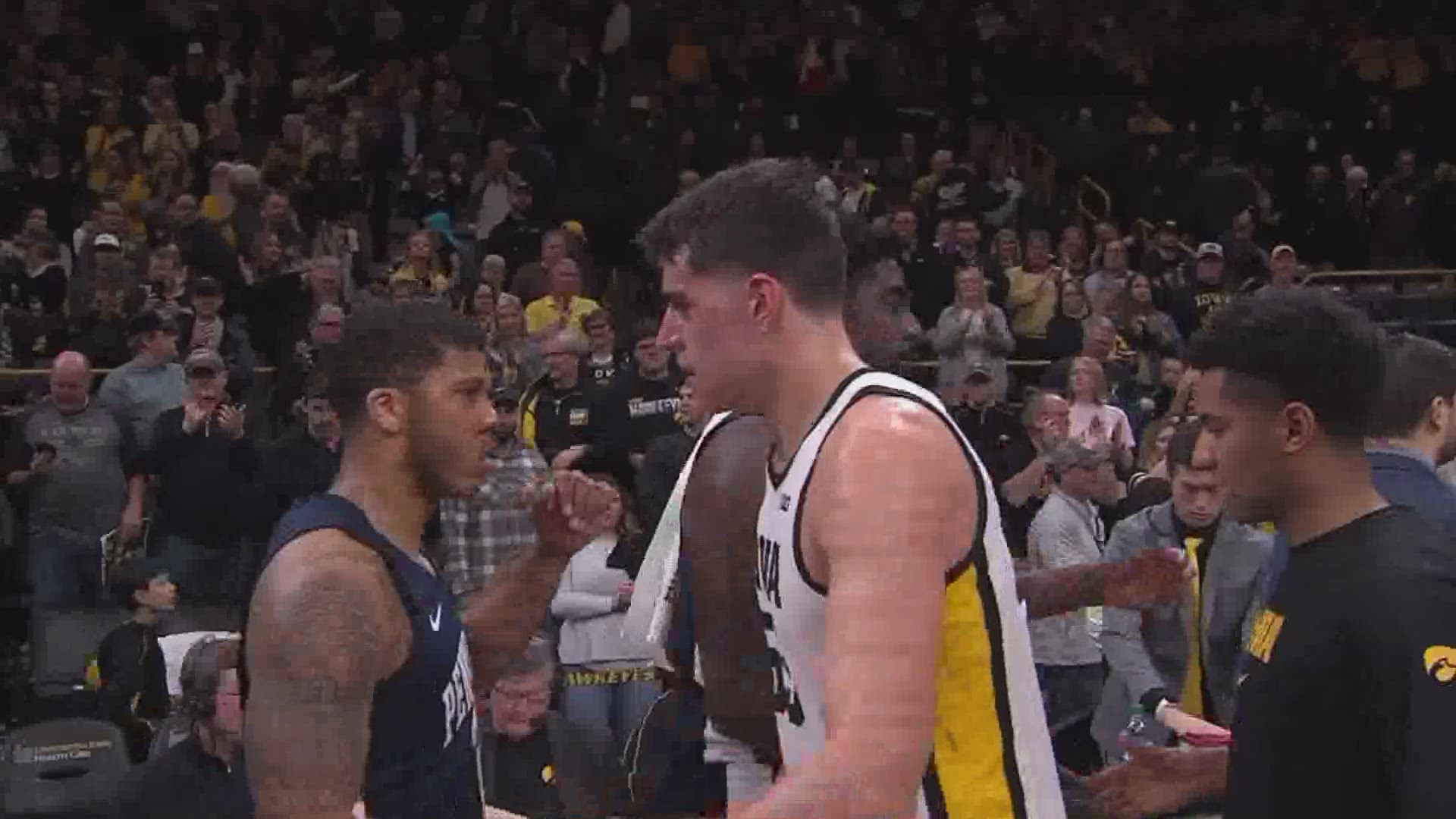 IOWA CITY, Iowa — Luka Garza is still in the process of figuring out which route he is going to go. Stay in the NBA Draft or return to Iowa City for his senior season with the Hawkeyes. He says he’s not even close to making a decision right now.

Garza has a couple of calls with NBA teams lined up via zoom. After those, he expects to have some clarity on everything going on and what route will be best for him to take. The NBA is the dream, but returning to Iowa City would mean the highest expectations of the Hawkeyes we’ve ever seen. Both have to be weighed heavily by the Hawkeyes' star forward.

“When you think about what you know the potential for our group coming back. Is that something that definitely plays a huge part. You know that makes it so it will take you know quite an opportunity to be able to leave that behind and, you know, I've said that since the beginning I've started this processes. You know it would take a lot but if there is a real opportunity, you know I'm not gonna turn down you know my lifelong dream. So I think, you know, you got to take into account both, you know both decisions and and you know at the end of the day I have to do what was best for him for me and my family.”