'The story isn't finished': Luka Garza to return to University of Iowa for his senior season

The center will forego the NBA draft for another year to play his senior year with the Iowa Hawkeyes. 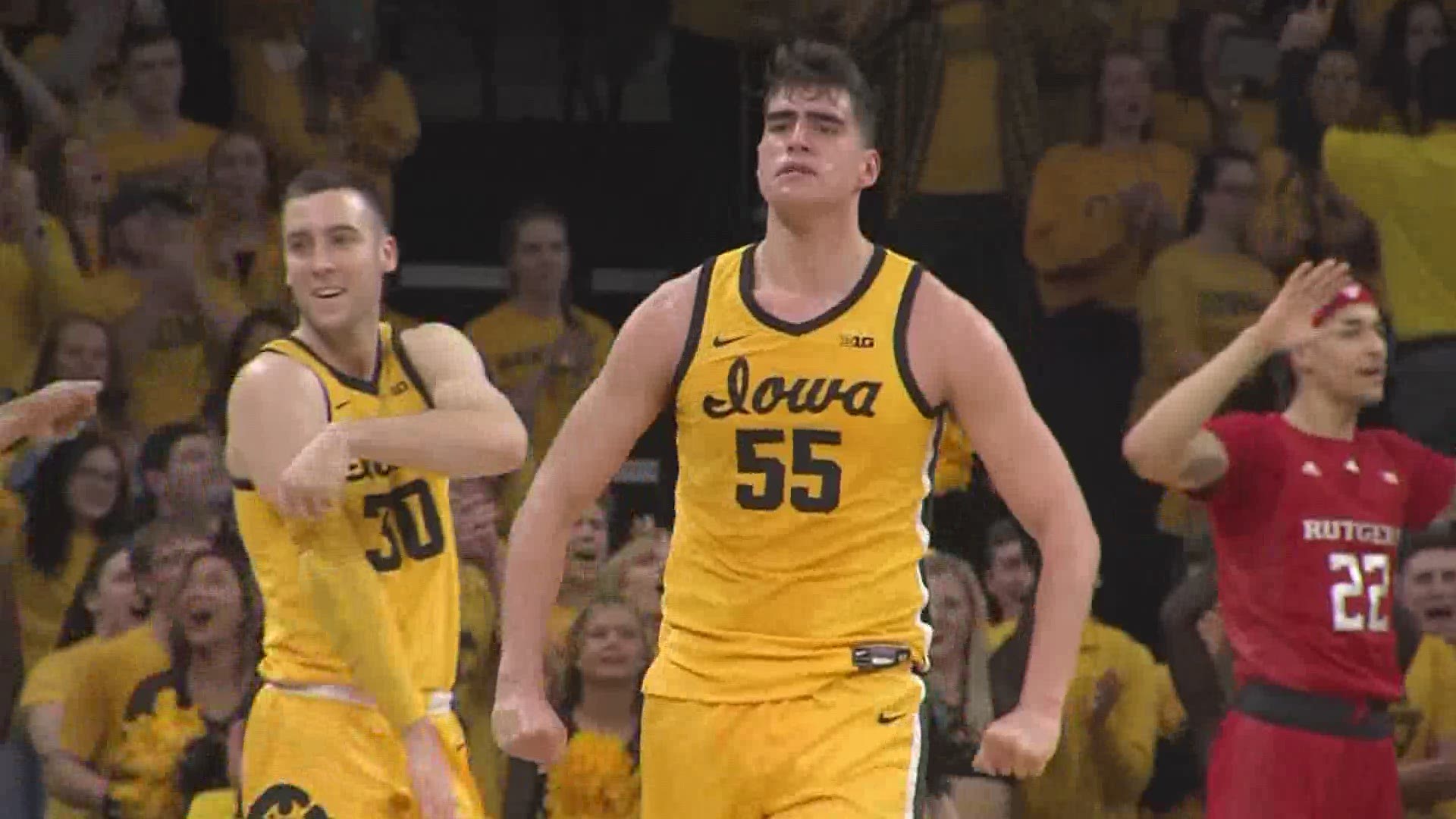 IOWA CITY, Iowa — One of the University of Iowa's star men's basketball players is choosing to stay in college and forego the NBA draft for another year, according to announcements on Sunday.

KCRG-TV reports Luka Garza decided to stay with the Hawkeyes, making similar decisions to other star players in the college basketball world. The senior took to social media Sunday morning to make the announcement.

"My heart is in Iowa City," Garza said in a statement. "I love this place too much to leave it."

Garza's choice faced many factors, including the ongoing pandemic.

IM BACK BABY WHERE THE LOVE? #tunein pic.twitter.com/aSXpXBdDt8

Garza said head coach Fran McCaffery's commitment to his development as a player also impacted his decision to return.

“Luka’s decision is incredibly unselfish and heart-warming,” McCaffery said, in a statement issued by the school. “Luka has an opportunity to advance himself professionally, but instead, he is thinking more about the program and his teammates. His goals are team-oriented. He has an incredible bond with his brothers in the locker room and believes in this group.”

Garza averaged 23.9 points, 9.8 rebounds and 1.8 blocks per game during the 2019-2020 season. That was during his junior year. He was named 2020's Big Ten Player of the Year for men's basketball, and a unanimous first-team all-American.