Lynnville-Sully sophomore excelling at two places in one season

Greenlee Smock is one of the school's best runners, but that is not even her best sport. 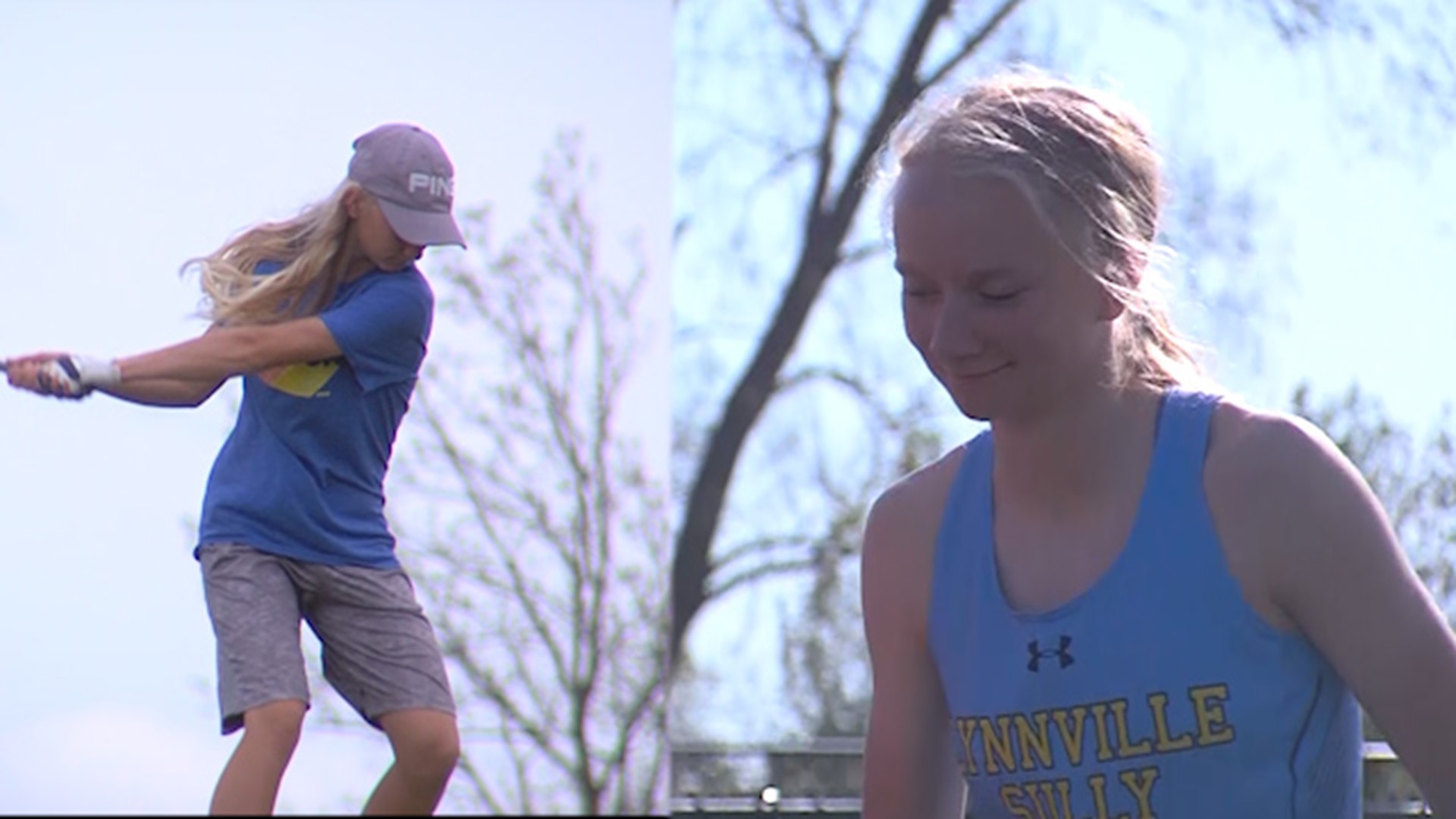 LYNNVILLE, Iowa — Greenlee Smock is racking up wins in 1A.

Last week, she took home an 800-meter title at Pella Christian and this week won the 3000-meter race at PCM.

You would not know it though. Just looking at her, Smock looks pretty at ease.

"You can tell when she's not here because others have to pick up that energy, but she's always laughing and always joking," Lynnville-Sully girls track and field head coach Kevin Johnson told Local 5 before the Hawks' meet at PCM on Monday.

Smock actually is not at the track quite often. The Lynnville-Sully sophomore is one of the Hawks' best runners, but track is not her best sport.

She is also the second-best girls 1A golfer. Here is the tricky part: track and golf are both spring sports.

"She'll show up at 6:45 and run some stuff on a cold morning," Johnson said. "She'll come lift weights after golf practice just because she knows that's what she needs to do to get better at both sports."

"I just don't want to let myself down. If I go out for a sport I want to fully commit and fully put my time and effort in," Smock said.

Right now, Smock is doing that for two sports at once, two sports that came from two parents.

"My mom, she used to run a lot of half marathons and stuff so I got that from her."

Which means the golf came from dad.

"When I was about two weeks old, my parents didn't have a babysitter so my dad used to take me to the course and strap me in a car seat and drive me around," Smock said.

But when it came time to pick a sport, the standout had a hard time.

"I just really like both sports and I couldn't pick one or the other."

So the school worked with her and another athlete in a similar position.

"We kind of just take it day by day," Smock said. "When we have a golf or track meet that overlap, we figure that out the week before."

By the looks of it, they are figuring it out just fine while Smock finds a way to excel at two places in one season.

"Yeah I'm usually always on a golf course, track or at school. It's very time-consuming but I love doing it."