Mackenzie Carney has success in her blood on the track, is pushed by family on and off of it

Mackenzie Carney is just the second high school girl to win the hurdling triple crown at the Drake Relays. She continues to push as the state meet nears. 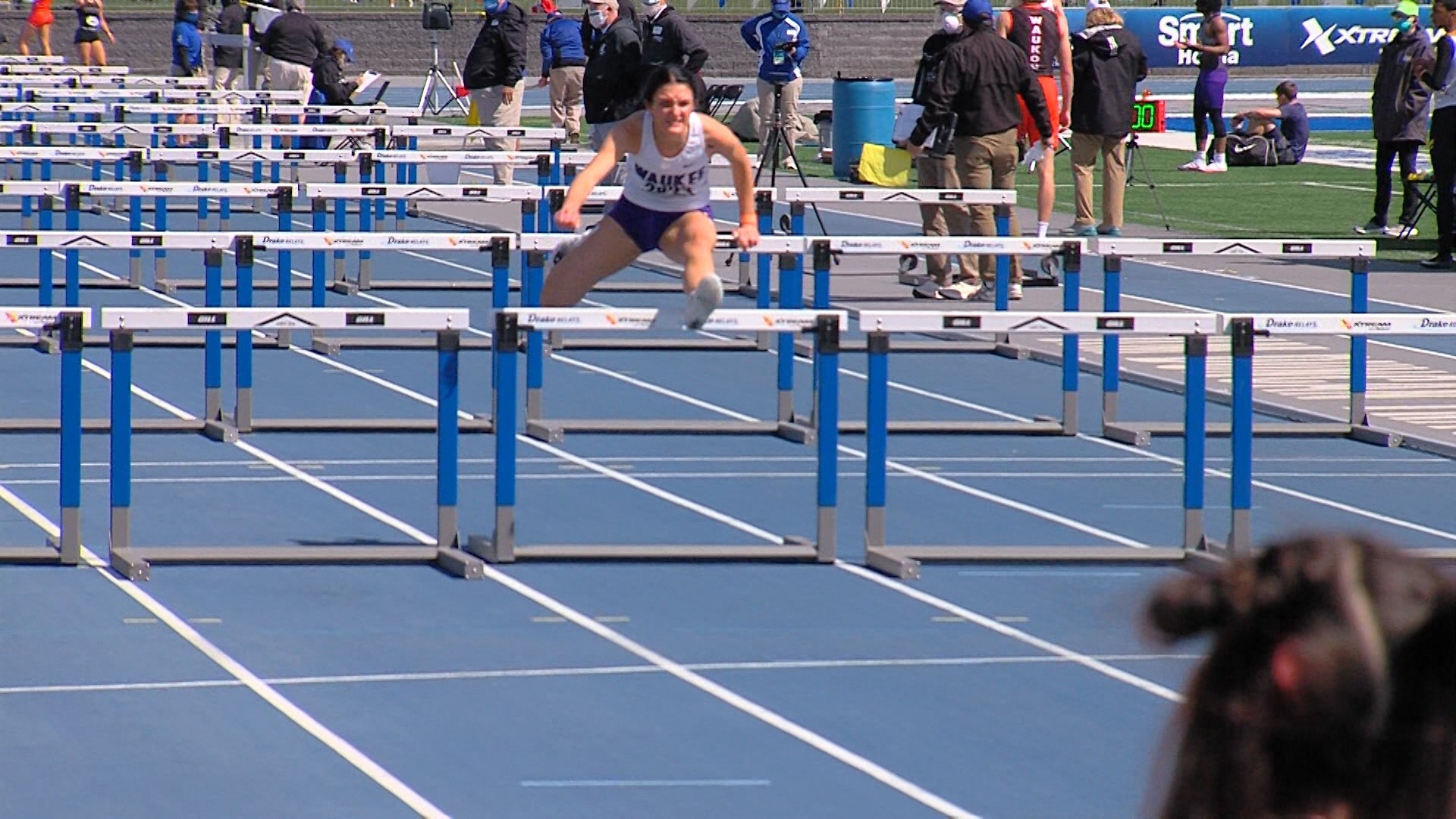 WAUKEE, Iowa — Friends and family are there to push you.

"Without having this competition at practice I don't think we'd be where we are today,” said Waukee junior hurdler Natalie Harris.

Carney knows that well. She is the best girls hurdler in the state, with some help from those around her.

"I love this team and I love the whole environment. We've made such strong bonds that will last forever,” she said.

Mackenzie swept the hurdles at the Drake Relays. She won the shuttle hurdle anchoring the best team in the state and the individual 100 and 400-meter hurdles on quick turnarounds.

"I was just like 'I want this really bad' so I gave everything that I didn't even know I had in me, but I did and so I was really proud of myself that day," Carney said.

Mackenzie Carney is your DRAKE RELAYS CHAMPION in the 400 meter hurdles.

Right behind her in the 100-meter hurdles were members of her Waukee family.

"It's not like this competition or this rivalry. We love each other and we hope everyone does good,” Harris said.

Mackenzie though, is not only pushed by her teammates.

"He's the one who coaches me in the summer, and he's just been somebody I look up to my whole life. Not just for track, but for everything else,” said Carney.

"He" is her father, Brett Carney.

A former Ames and Iowa State standout who owns a couple Drake Relays titles himself. He passed that love down to his daughter.

Mackenzie said, "We could just talk about that for hours. I love talking track. Me and him, that's our thing. People might think it gets a little annoying but we love it. It's awesome."

She is getting a boost from her family at home while everybody at Waukee is benefitting from their family on the track.

"It's kind of comforting so you don't go up to the line and be like, 'oh crap who is this next to me?' You're like, 'oh that's right, I had a sleepover at your house last weekend,'” Harris said.

RELATED: Carlisle's Ainsley Erzen showcases talent on the track and soccer field in the same season