Ella Santi and Jillian Dodds are two of the fastest sprinters in Class 1A, and this week they hope to show it. 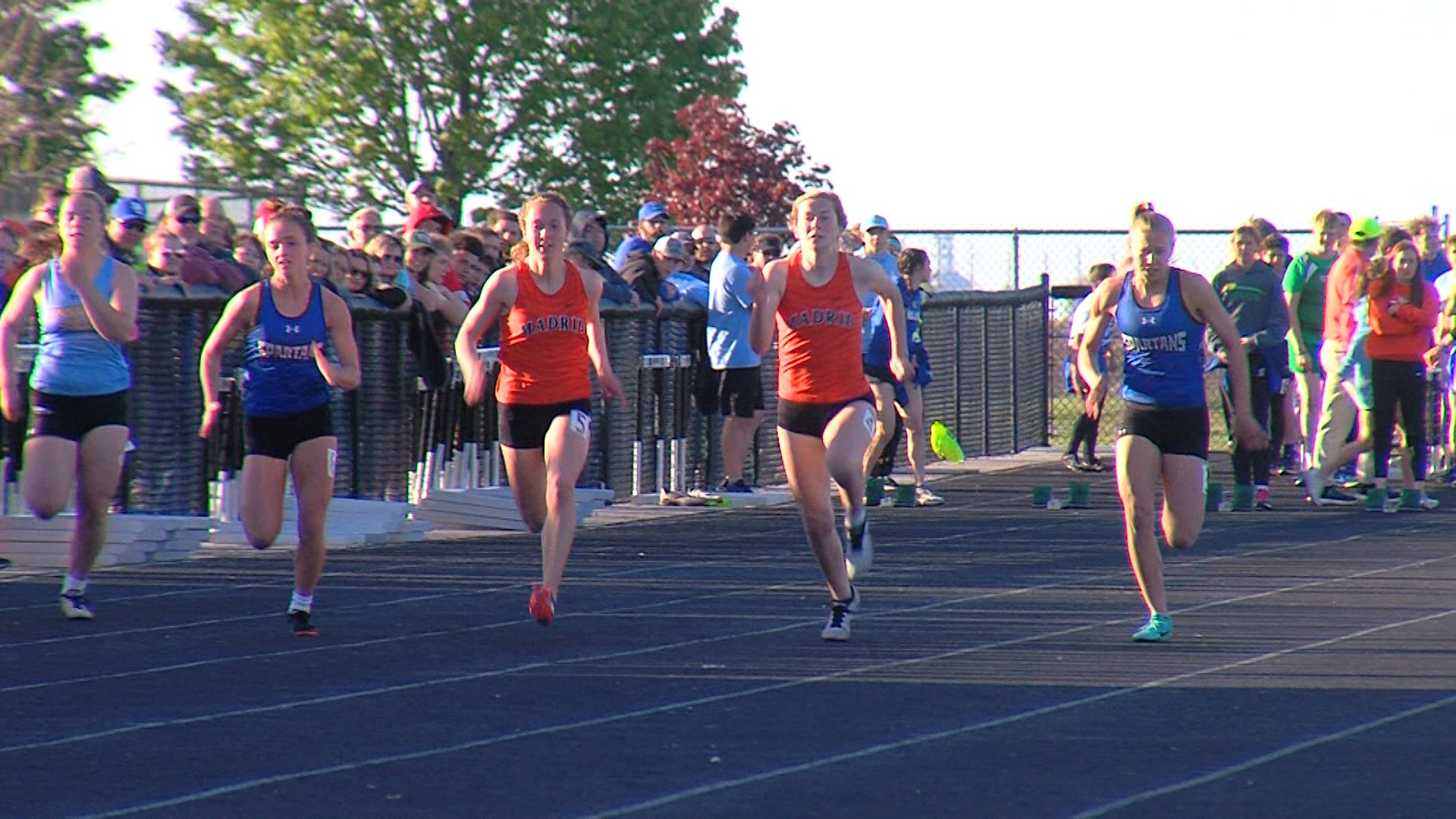 Dodds and Ella Santi are teammates on Madrid's 4x200 team.

All four members of that relay are dynamic, but Dodds and Santi will go toe-to-toe in a couple of days for a 100-meter state title. Dodds took the most recent race at districts.

RELATED: Mackenzie Carney has success in her blood on the track, is pushed by family on and off of it

"We both want to win and we're both excited for each other no matter what and it's just exciting to place 1 and 2 at districts and hopefully at state too ... that'd be pretty cool, " Dodds said

She said, "I definitely think I have okay endurance so I think I just start dying at the end of a two-hundred, I feel like the 100 is more in her blood."

The Santi family is synonymous with speed in Madrid.

Her brother Michael was a 100-meter dash champion, and her sister Rylan was back-to-back state champ in both the 100 and 200. Ella is trying to make her mark as well.

"There's always a lot of competition between us three," Santi said. "Most track meets I come home and I'm like okay I got a little bit closer to the school record what am I going to do next time."

She can start by trying to chase down her teammate this week. Still, Santi is thinking about the team first.

"Either way whoever wins, we're probably going to go 1-2 that's what we want to do and that's 18 points for the team either way so that's what our biggest goal is this year,” she said.